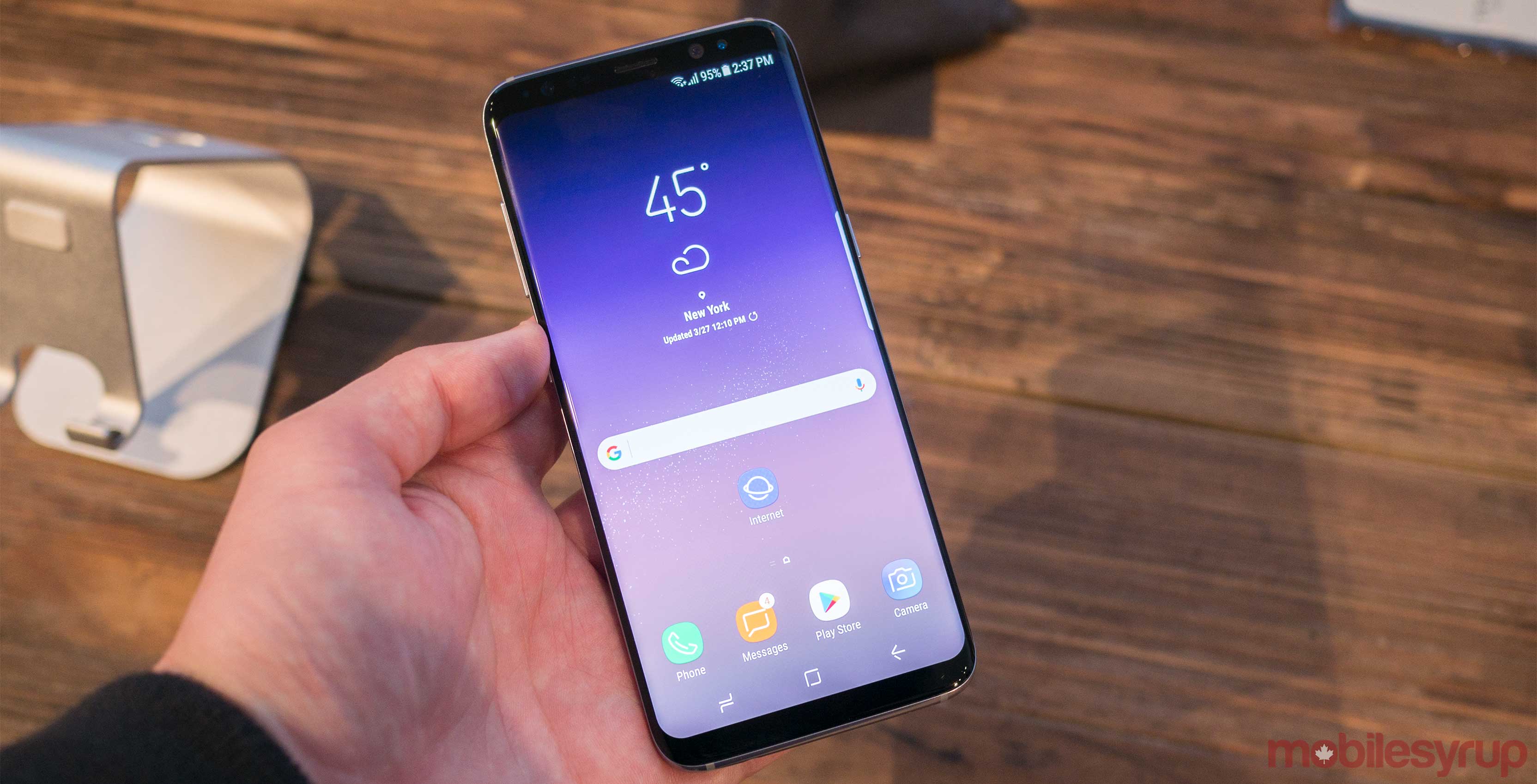 After pushing curved screens to the mainstream with the launch of the Galaxy S6 edge, Samsung has now committed even more to a feature the company clearly believes will define smartphones for years to come. For better or worse, the curved display that was previously exclusive to the company’s more expensive S6 and S7 ‘edge’ variants is now a standard feature on both S series devices. 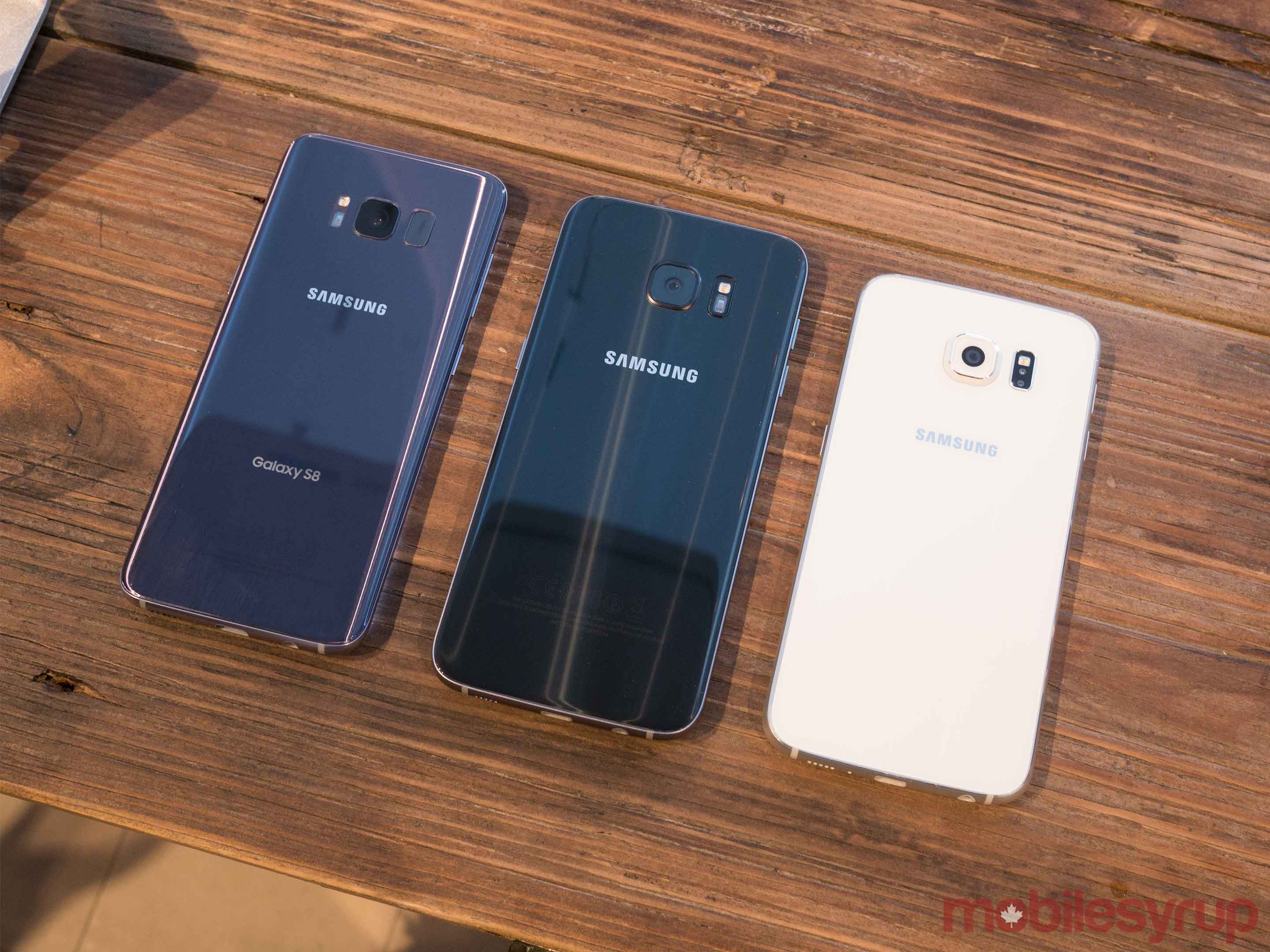 To emphasize the change, the S8’s bezel-less screen now has an official name, with Samsung’s marketing material describing it as an ‘Infinity Display.’

This year then the main differences between the company’s two variants are size and weight. On the smaller of the two devices, the Galaxy S8, the Infinity Display measures in at 5.8 inches. Meanwhile, on the larger Galaxy S8+, the screen comes in at 6.2-inch. Otherwise, both screens are identical. They’re both QHD+ 2960 x 1440 pixel displays that support HDR. Moreover, on both devices, the screen takes up an impressive 83 percent of the phone’s front real estate. As a result of this change, the S8’s fingerprint sensor is now located to the right of the phone’s rear-facing camera. The screen, as well as the entire outer casing, is protected by Corning Gorilla Glass 5, with the entire device certified IP68 water- and dust-resistant. 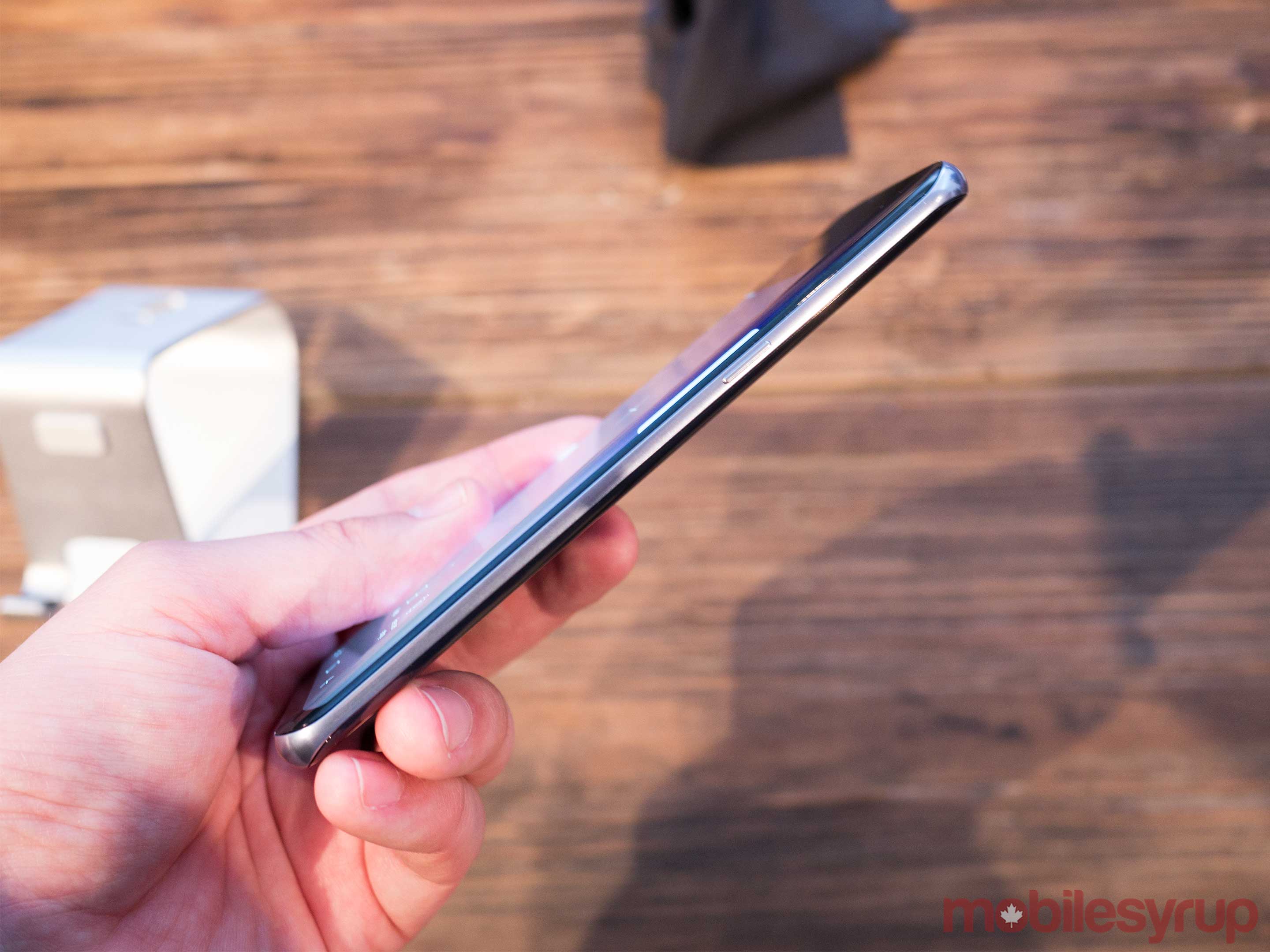 Besides size, the only major difference between the two devices is battery capacity, with the 152g S8 including a 3,000mAh battery, while the heftier 173g S8+ has a 3,500mAh power cell.

Depending on the region in which it’s sold, the S8 will either ship with Qualcomm new Snapdragon 835 chipset or Samsung’s Exynos Series 9 8895 processor. Samsung has confirmed to MobileSyrup it will ship Snapdragon 835-equipped S8s to Canadian carriers and retailers. As such, Canadians will be among the first people in the world to get a chance to check out Qualcomm’s new silicon. 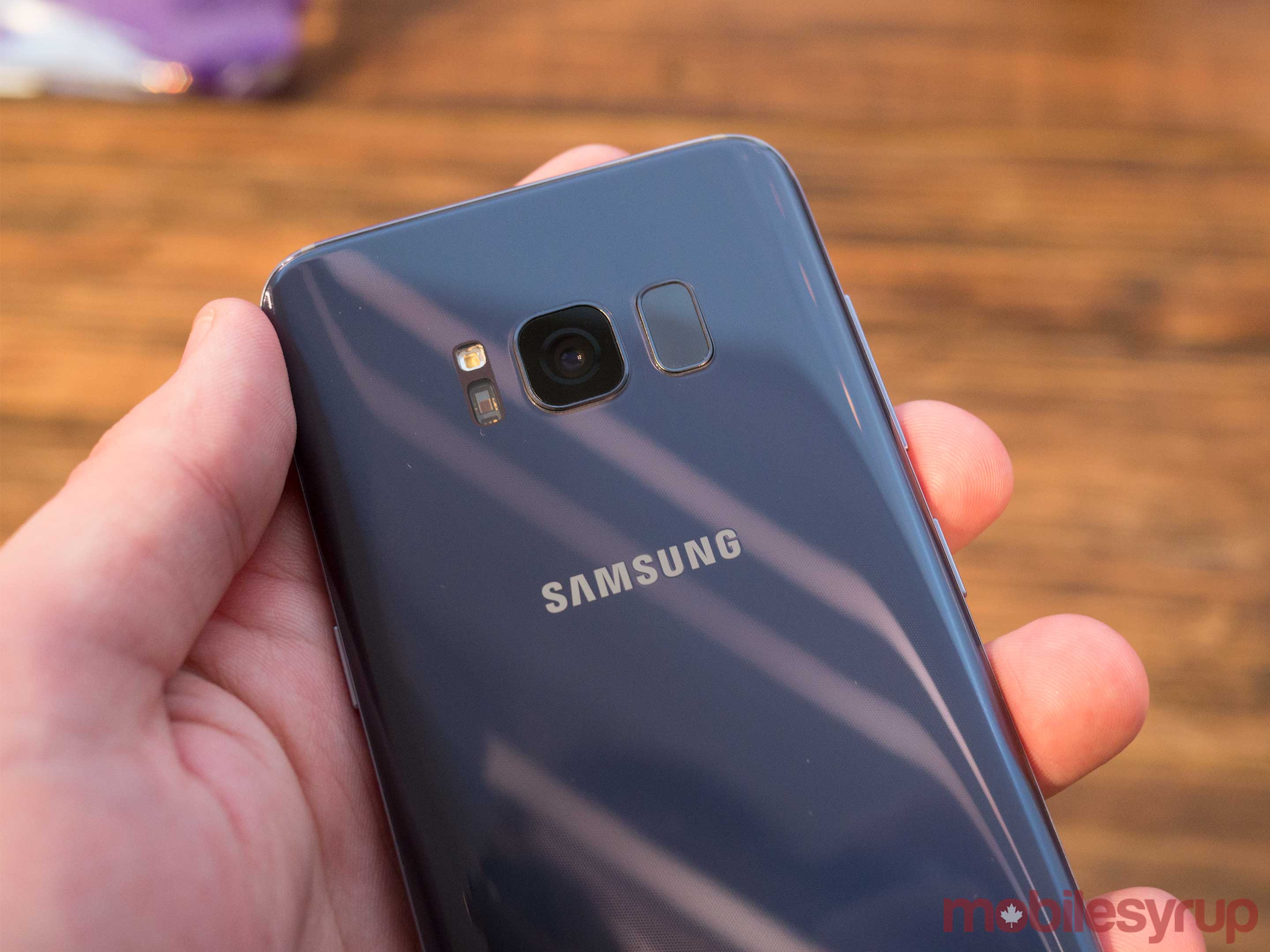 The Snapdragon 835 makes use of an octa-core design that features four high-performance cores clocked at 2.35GHz and low power cores clocked at 1.9GHz. It also includes a Cat 16 LTE modem that’s capable of theoretical Gigabit speeds. However, this feature depends on carrier support and Canada’s major operators all report that real-world Gigabit speeds are not yet on the horizon. We currently do not have additional information on supported bands and frequencies.

Supporting the processor is 4GB of RAM. When it comes to internal storage, each S8 comes with 64GB of 64GB of fast UFS 2.1 storage, expandable by an additional 256GB thanks to support for microSD cards. Iris recognition returns from the Note 7. Samsung has added to this facial recognition as well.

On the software front, the S8 ships with Android 7.0 and the company’s new Samsung Experience skin. A newly announced ‘DeX’ dock allows S8 users to use the phone in a Windows 10 Continuum-like desktop operating system environment. The dock allows S8 owners to connect their smartphone to any HDMI compatible TV or computer monitor. With two full-sized USB ports, users can use their existing PC keyboard and mouse with the device. At launch, all of Samsung’s first-party apps feature full-screen interfaces, with apps from Adobe and Microsoft also set to support the format in the future. 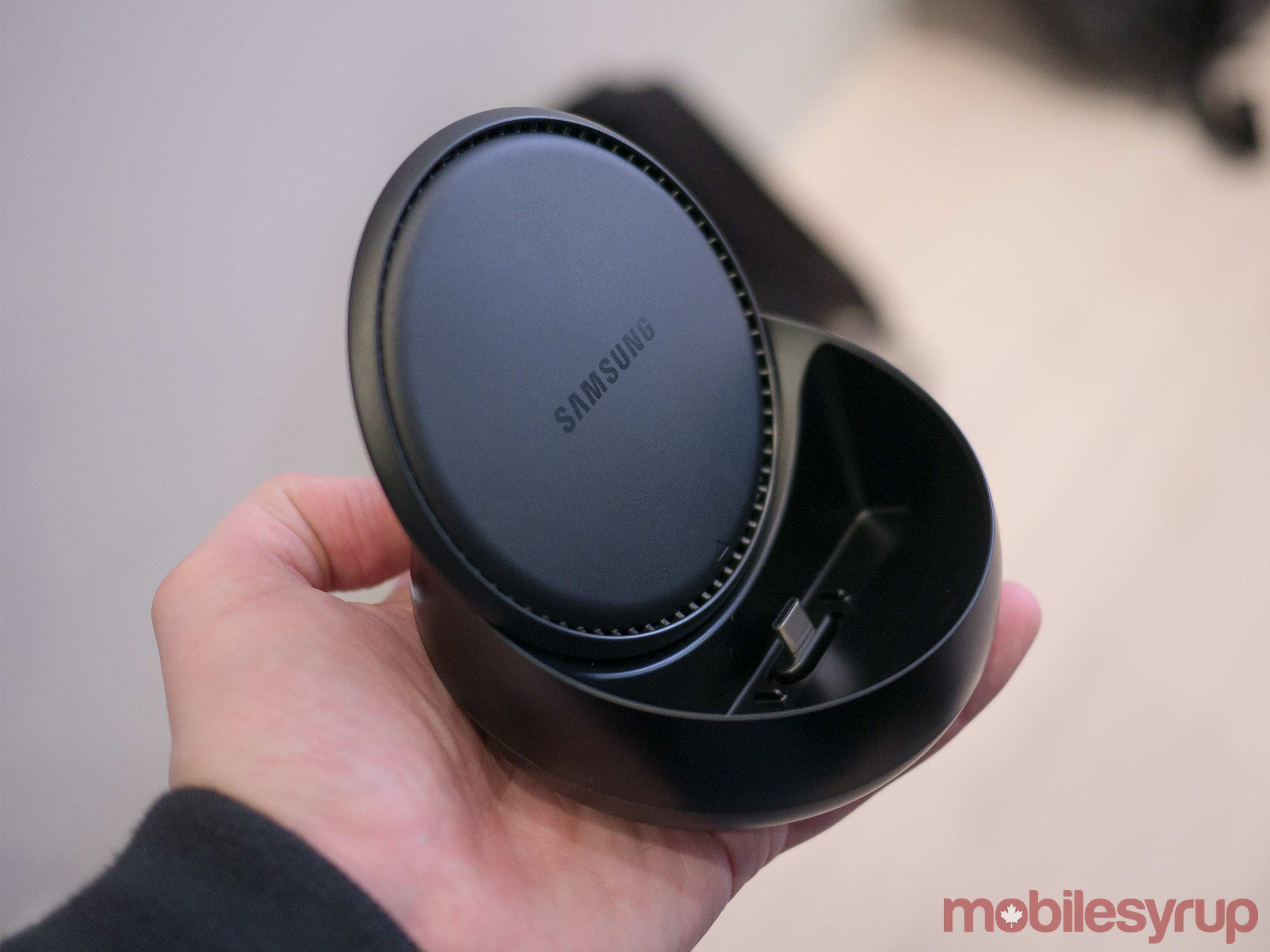 The major Samsung’s new Bixby personal assistant. Like Alexa, Assistant and Siri, Bixby is built on advance new machine learning software. A dedicated physical button on the side of the device allows users to quickly launch the helper.

Bixby is also directly integrated with Samsung’s suite of first-party apps, including Camera, Contacts, Messages and Settings. At launch, Bixby only supports English and Korean, with Samsung pledging to add support for additional languages post launch. 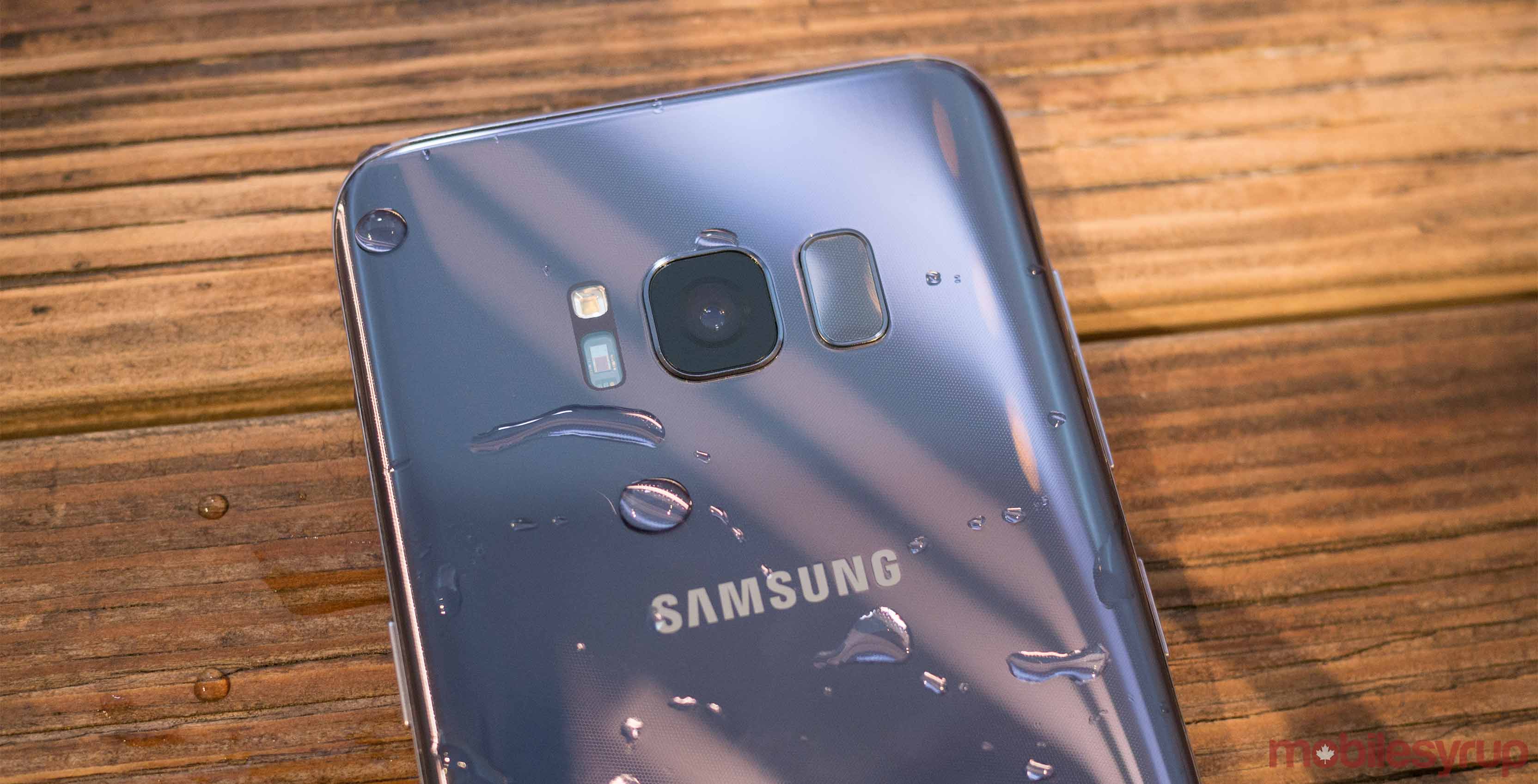 Compared to the jumps in camera technology between previous Samsung flagships, the S8 makes only small improvements to the excellent camera package Samsung shipped with the S7. Samsung’s newest phone features the same 12-megapixel sensor and f/1.7 lens with optical image stabilization as its predecessor. The company, however, says the S8 will still take better photos thanks to a variety of under-the-hood software improvements and a new multi-image processor.

On the connectivity front, the S8 supports Wi-Fi 802.11 ac, Bluetooth 5.0, NFC and USB-C. It also includes support for both WPC and PMA wireless charging, making the S8 compatible with almost any wireless charging pad on the market. 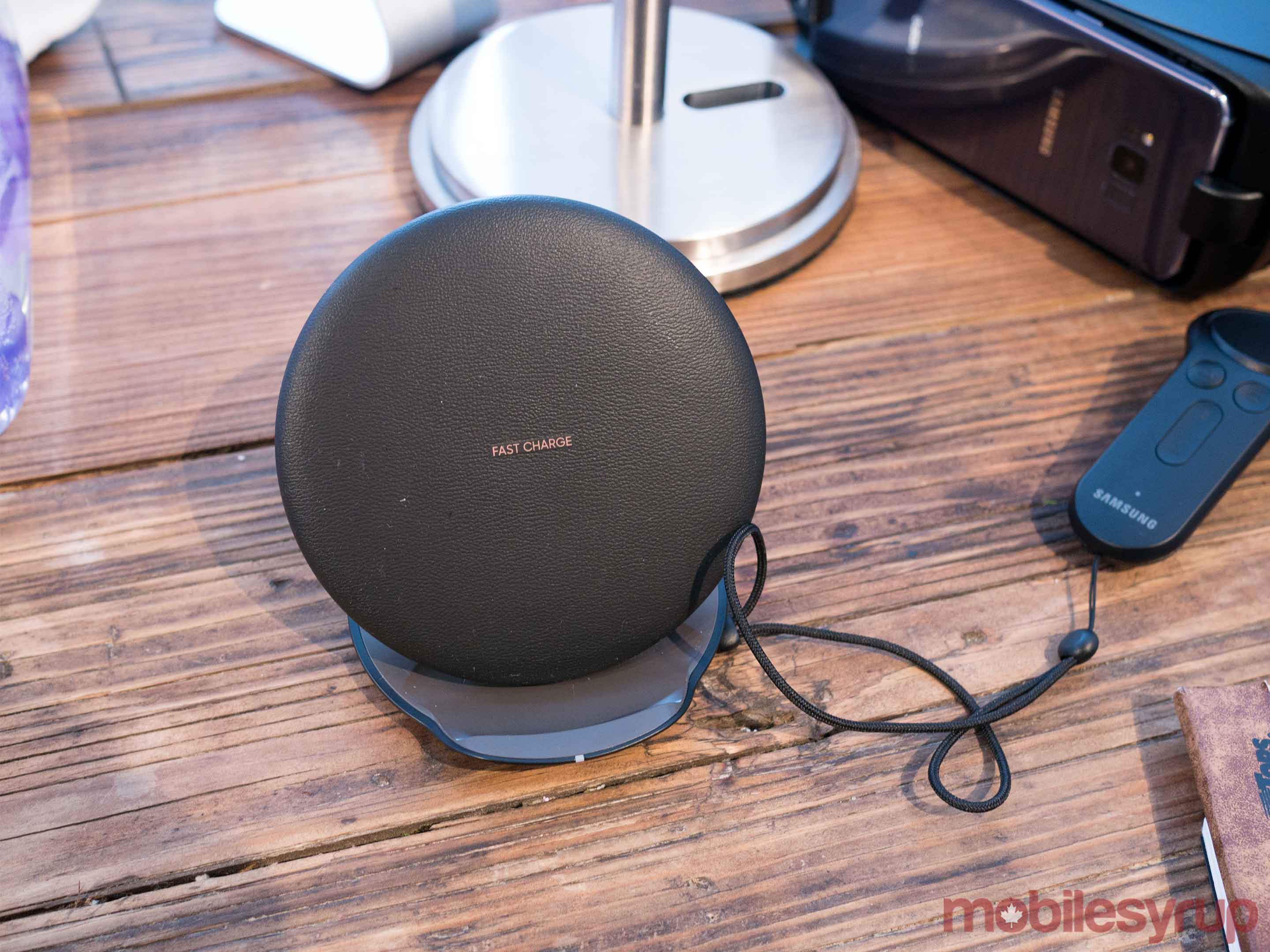 “The Samsung Galaxy S8 ushers in a new era of smartphone design and fantastic new services, opening up new ways to experience the world,” said DJ Koh, president of Samsung Electronics’ Mobile Communications Business, in a statement issued to MobileSyrup. “The Galaxy S8 is our testament to regaining your trust by redefining what’s possible in safety and marks a new milestone in Samsung’s smartphone legacy.” 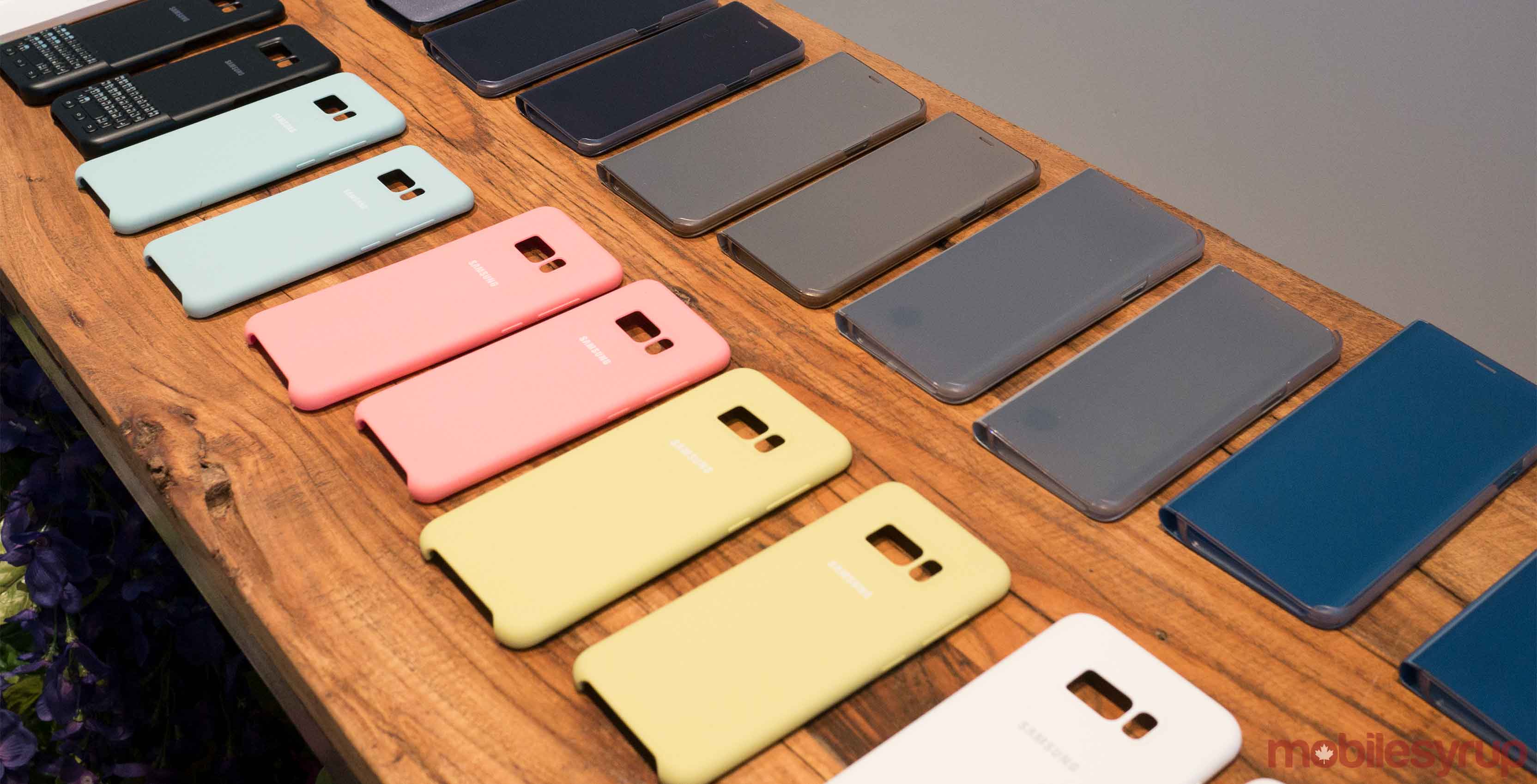 Most Canadian carriers have signed on to release the Galaxy S8 and S8+ and it will launch on April 21st. Unlocked, the S8 costs $1,035, while the S8+ costs $1,115. Globally, the S8 will be available in five colours: Midnight Black, Orchid Grey, Maple Gold, Tactic Silver and Coral Blue. In Canada specifically, the S8 and S8+ will be available in Midnight Black and Orchid Grey.

To incentivize preorders, Canadians carriers will give consumers that pre-order the S8 the new Gear VR headset when their device ships. Each S8 also includes a pair of complimentary AKG headphones — valued at $99 USD, according to Samsung — inside the box.