How three Canadian cities are trying to become smart cities 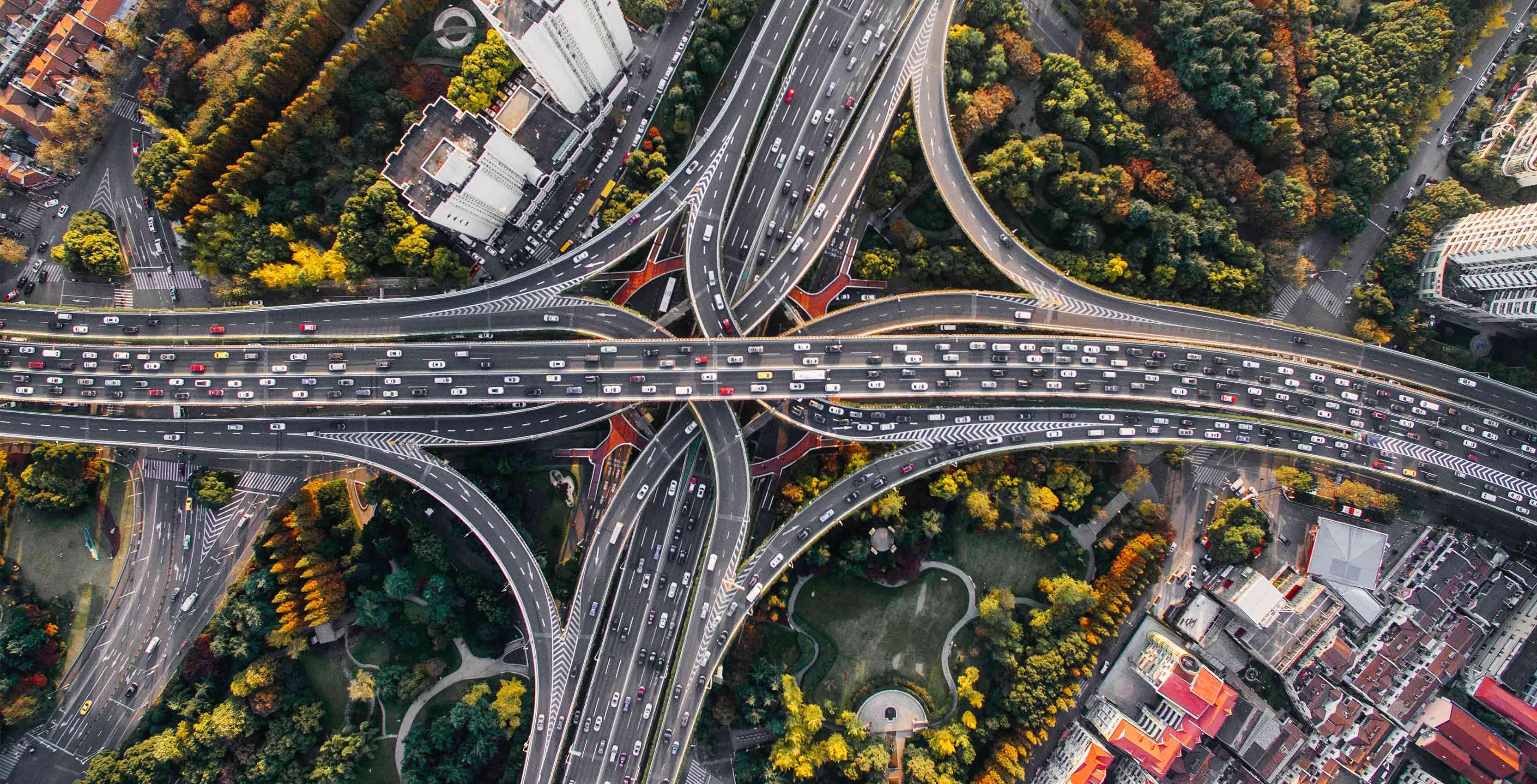 Upon hearing the phrase “smart city,” a foggy image of the Jetsons probably comes to mind.

Smart cities are still an unknown concept to most urbanites, who don’t realize that changes are currently underway to make the cities they live in smarter. On March 7th, representatives from cities across Canada came together for the second annual SAP Smart Cities Forum, where the future of urban life was explored.

As the director of technology innovation for the City of Kitchener, Dan Murray puts it; the definition of a smart city changes depending on which city you enter, as each city has its own priorities and its own obstacles.

However, for Canadian cities that are looking to become smart cities, one central theme seems to be generally agreed upon, and that is one of efficiency and communication.

While some cities like Mississauga are tackling these concepts by modernizing and improving their transportation portals, others, such as the City of Toronto, are bridging communication gaps by making its data available to its citizens.

Here’s a look at how three Canadian cities are trying to become smart cities. 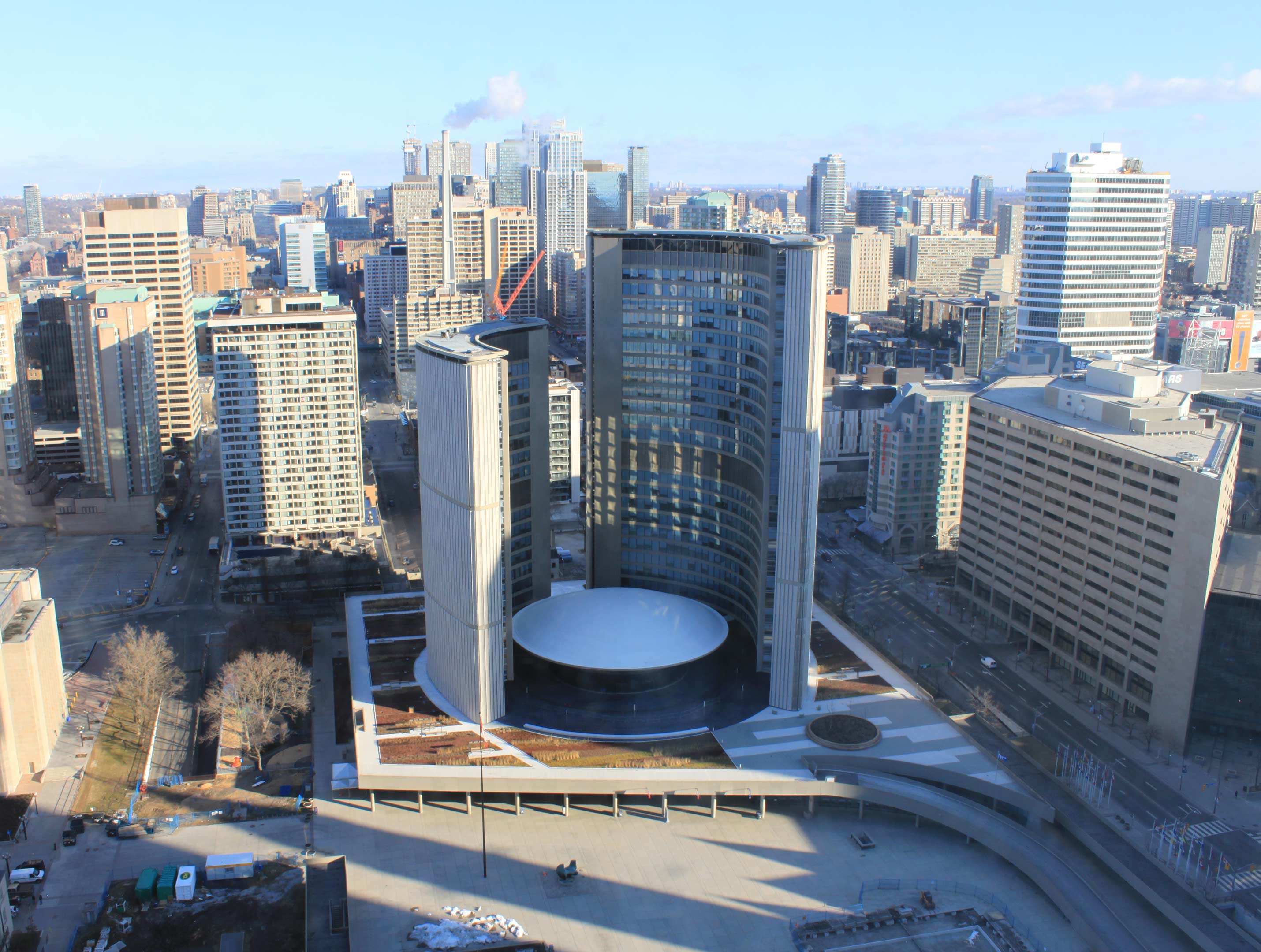 The city of Toronto has been extremely active in making the vast amounts of data its collects available to the public. The city’s open data initiatives have paved the way for all kinds of data-driven projects to come to fruition.

Some of the initiatives currently underway include the Data Catalogue on the city’s website, the public data manipulator Wellbeing Toronto, geographic data, and several data-driven apps.

According to the director of enterprise and solutions at the City of Toronto, Fazal Husain, the data obtained through the city’s open data initiatives plays a critical role in helping city workers gain a better understanding the obstacles that stand in the way of Toronto becoming a smart city.

“If the city doesn’t know the problem of day-to-day life that you’re experiencing, I don’t know if we can address it,” says Husain.

He goes on to describe the city’s Cycling App as a prime example of how data initiatives help the city run more efficiently. The Cycling App is an initiative spearheaded by Brisk Synergies for the City of Toronto which allows cyclists to record their cycling routes. This data will be made available to the city for reference when developing cycling network plans.

After a run-in with a pedestrian who raved about the app, Husain was convinced about its potential to improve circumstances for all Toronto cyclists and serve as a model for other city services.

In addition, Toronto is focusing heavily on public transit and IoT as a way to solve the city’s ongoing congestion problems. Going forward, the city is considering an IoT solution to improve the flow of traffic.

Husain concluded by saying that a smart city isn’t an end goal, but a process. “I don’t think a smart city is an end state. It will continue to be developed because technology is not standing still,” says Husain. 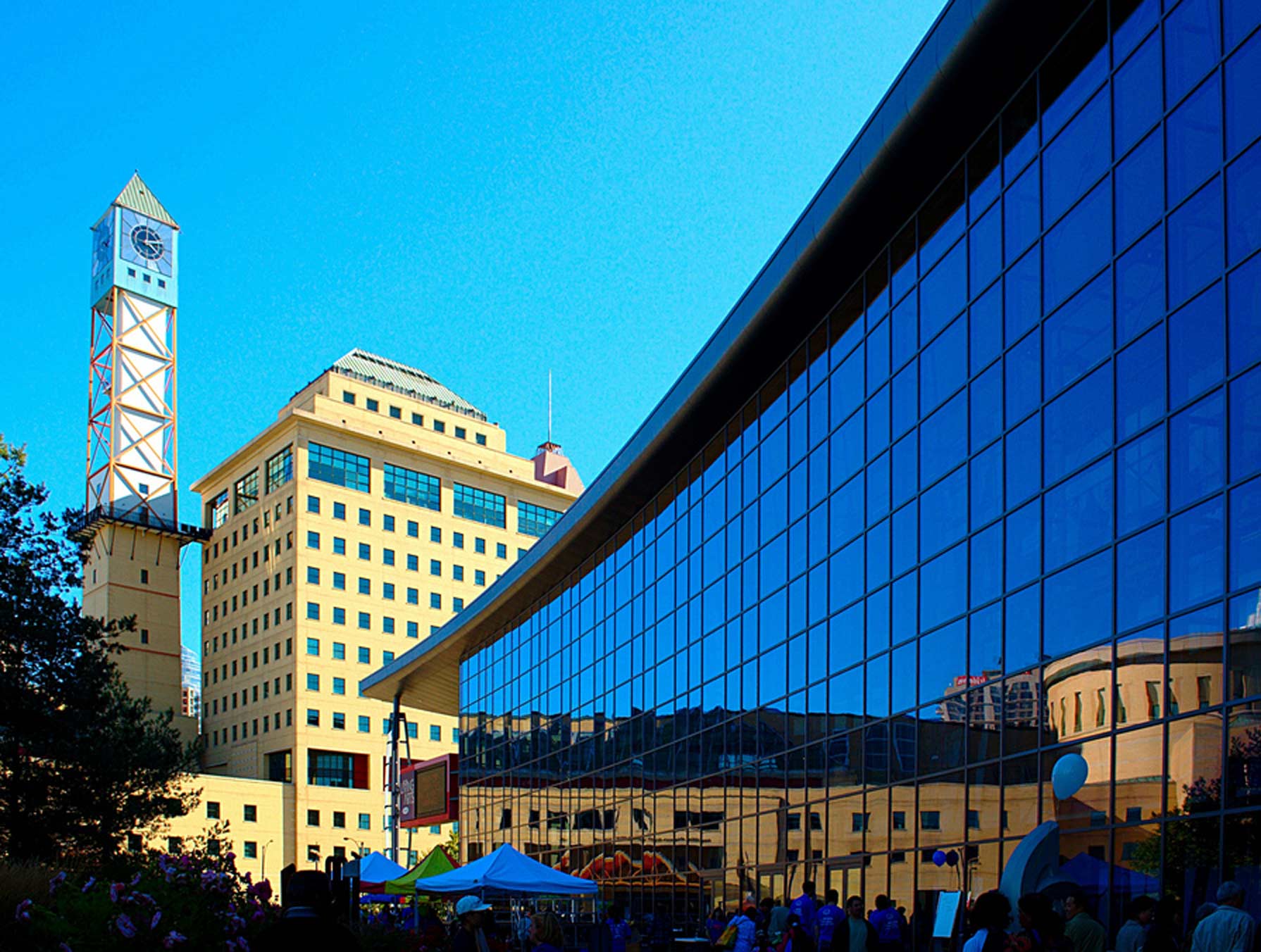 The City of Mississauga has been extremely active in the smart city movement through public transit initiatives, Wi-Fi enhancement and other forms of public engagement.

Shawn Slack, the city’s director of information technology and chief information officer spoke extensively about Mississauga’s investment in improving public transit across its jurisdiction as a response to one of the GTA’s most pressing concerns.

“So, a lot of our smart city type technologies are investing in advanced traffic management, smart bus technology, so that we can get a better handle around how traffic is moving and then respond when there’s either an accident, or during rush hour, or in making sure we have coordination of services and traffic control,” says Slack.

Slack also emphasized the importance of bringing Wi-Fi to as many corridors of the city as possible. In addition helping to bridge the digital divide, Slack describes that such a robust Wi-Fi network is also invaluable to the consolidation of communication across the city.

He uses the example of communicating with citizens. As City Hall becomes more technologically capable internally, it has the ability to communicate with citizens about relevant announcements and services through web portals, such as video messages. Without reliable internet access, citizens in certain parts of the jurisdiction may not have access to these important messages.

“We want to make sure that if we’re going to tailor communication, people have the capacity to get internet in that area,” says Slack.

In order to sustain this model, the City has partnered with multiple parties across the region, including the Region of Peel, Brampton and Caledon as well as several hospitals and universities. These partnerships ensure that services like this one remain affordable.

“It’s an economy of scale. So we have a private fibre network within the region of Peel. And it’s a partnership between the city of Mississauga, Brampton, town of Caledon and the Region of Peel, the hospitals and the post-secondary schools. We’ve built enough fibre within the region to go around the planet once. If the city were to build that on its own, it wouldn’t be as affordable and the benefits wouldn’t be as effective,” continues Slack. 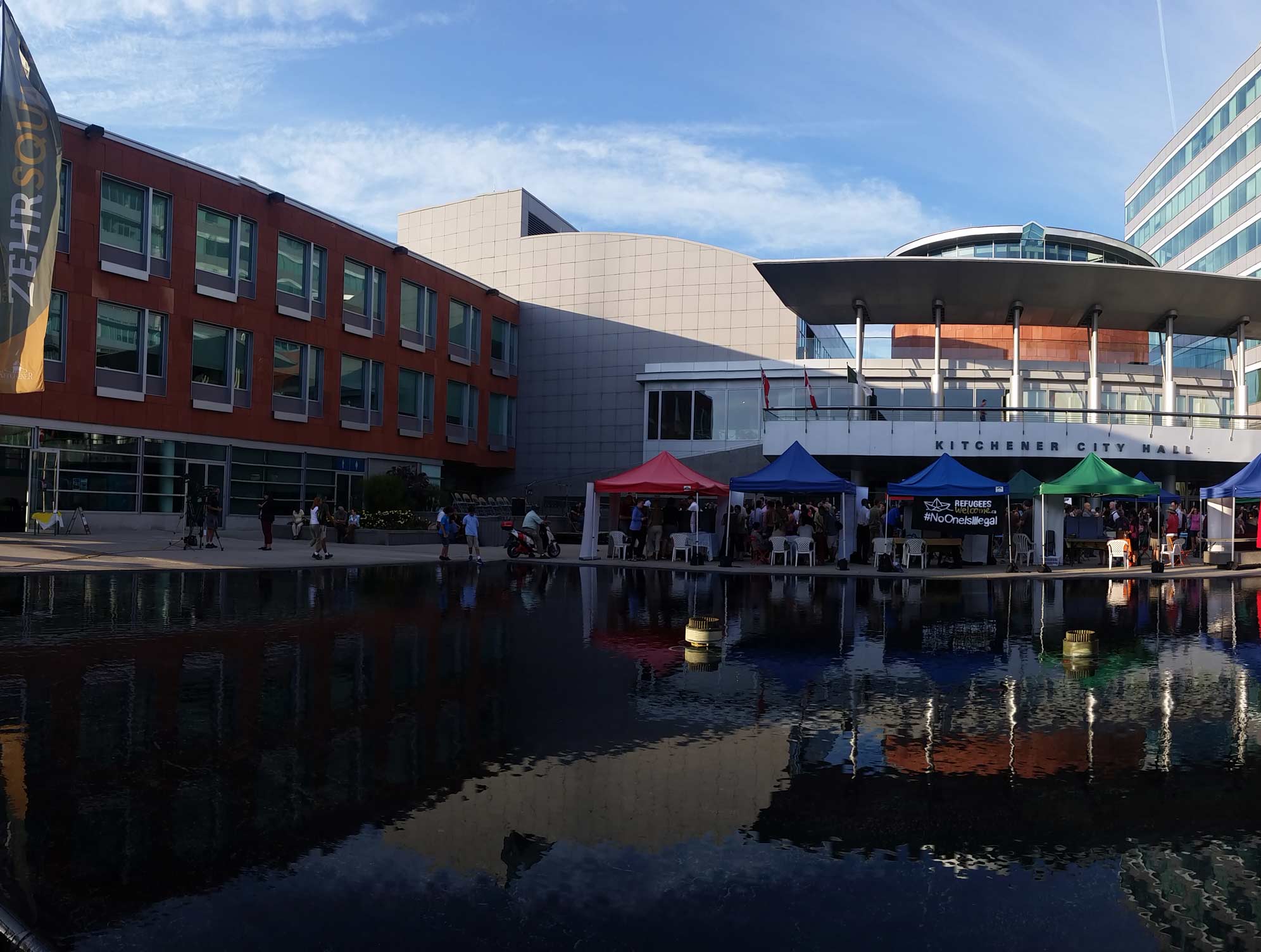 While the City of Kitchener doesn’t see a value in blanketing its jurisdiction with Wi-Fi, city leadership has developed a four-part plan to work towards becoming a smart city.

The director of technology, innovation and e-services at the City of Kitchener, Dan Murray, says that there isn’t one definitive standard for what a smart city will be. It all depends on the individual city’s circumstances.

“We tried to leverage technology to improve the lives of the citizens in Kitchener. That’s kind of how we approached this. We approached a technology strategy with a strong community focus to it,” says Murray.

Kitchener’s strategy calls for the to be city, connected, innovative, on demand, inclusive, and to prioritize the needs that the citizens want to see fulfilled.

The city will aim to install an IoT network and fibre optic capability in areas where it would improve civic life, and implement on-demand e-services to reach citizens on the digital platforms they’re active in.

Moreover, the City of Kitchener is a fast-growing innovation hub in Canada, which is largely incorporated into the city’s smart city ambitions.

Communitech, for example, is the largest technology incubator in the Kitchener-Waterloo area, and one of the most well-known across Canada. This incubator and others will play a significant role in becoming more digitally-enabled.

“Every city also has their own realities and their own factors that are at play. I think what we try and do is look for various ideas among municipalities but you have to try and adapt them for what makes sense for yourself. And that’s really what we were trying to do with digital Kitchener, was gain an understanding of the things that are of interest to the citizens of Kitchener.”

Smart cities, by the city

When it comes to smart cities, every region has its own idea of how to get there. They all agree on one thing however; a smart city will be in a constant state of development.

Between cross-platform Wi-Fi, consolidated transportation and data-driven initiatives, it’s fair to say that citizens will begin to feel the effects of these changes extremely soon. Perhaps the ever-elusive smart city isn’t so much about achieving an end goal, but rather, a way for technology to truly change the civic experience.