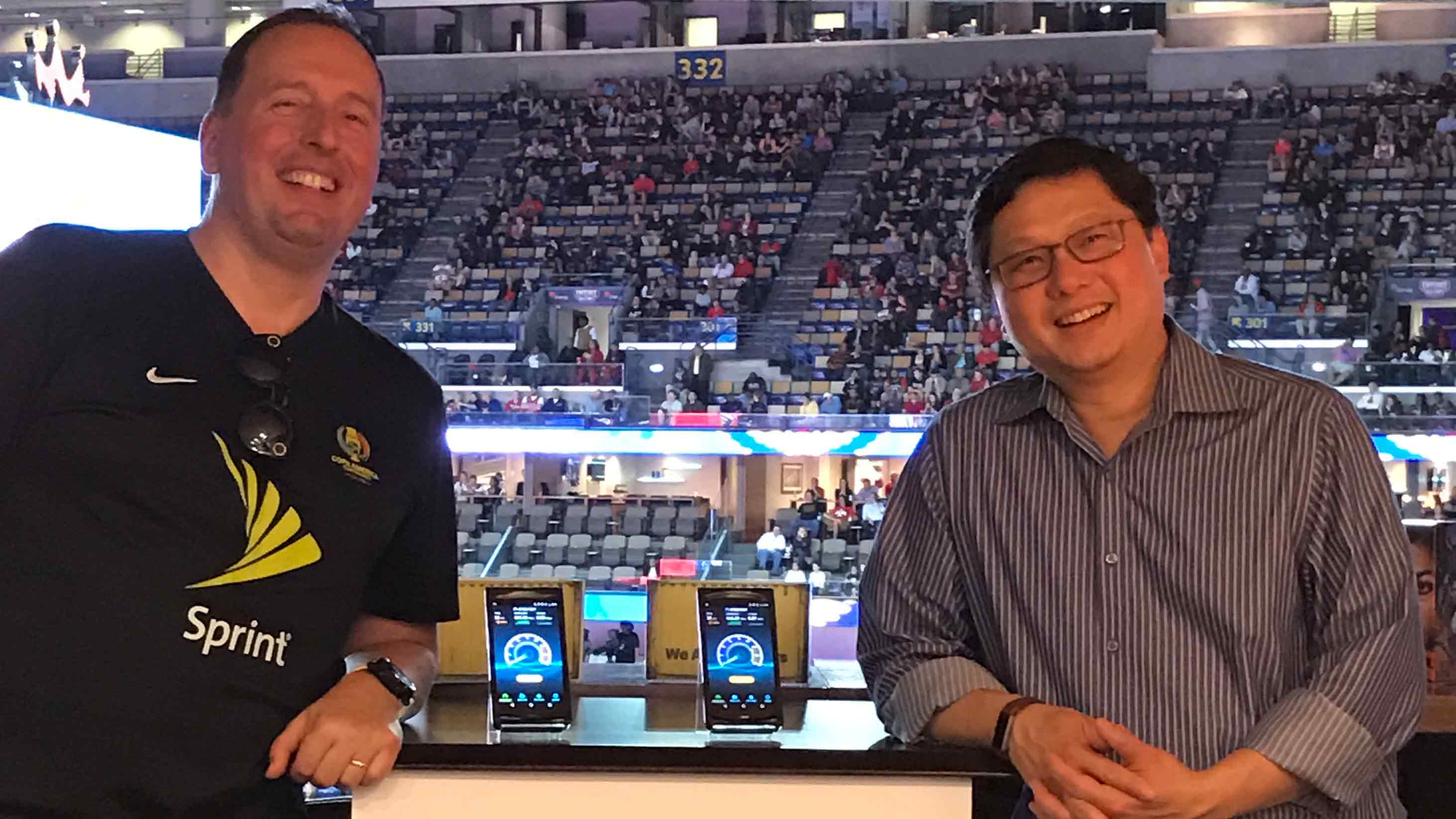 U.S. carrier Sprint demonstrated wireless speeds of up to 700Mbps down during an NBA basketball game in New Orleans on March 8th, using an as-yet-unannounced premium Motorola phone that stocks Qualcomm’s Snapdragon 835 chipset.

Here's the mystery Motorola phone coming later this year with four antennas. In a case and taped over. pic.twitter.com/vjrz3XnEAN

Pictures from the demonstration don’t reveal much of the device due to a thorough tape cover-up job, but it’s widely believed to be the Motorola’s next Moto Z flagship.

Sprint additionally confirmed that the device has a Snapdragon X16 LTE gigabit modem (built into the 835 chipset).

Other than that, the only thing that can be confirmed is that the device has the required eight antennas that must be tuned to Sprint’s 2.5GHz band to allow for Gigabit services.

The Samsung Galaxy S8 is expected to come stocked with the Snapdragon 835, which assures Gigabit LTE capability, and the Sony XZ Premium also stocks the chipset.

Update 09/03/17- This post previously inferred that Sprint’s 2.5GHz band is the same as the Canadian 2.5 GHz band. In fact, Sprint uses LTE Band 41, a TDD band, while in Canada LTE Band 7 is used by the major carriers — an FDD band covering the same spectrum. Sprint’s use of the 2.5GHz band thus does not have any clear implications for Canadians. The article has been updated accordingly.