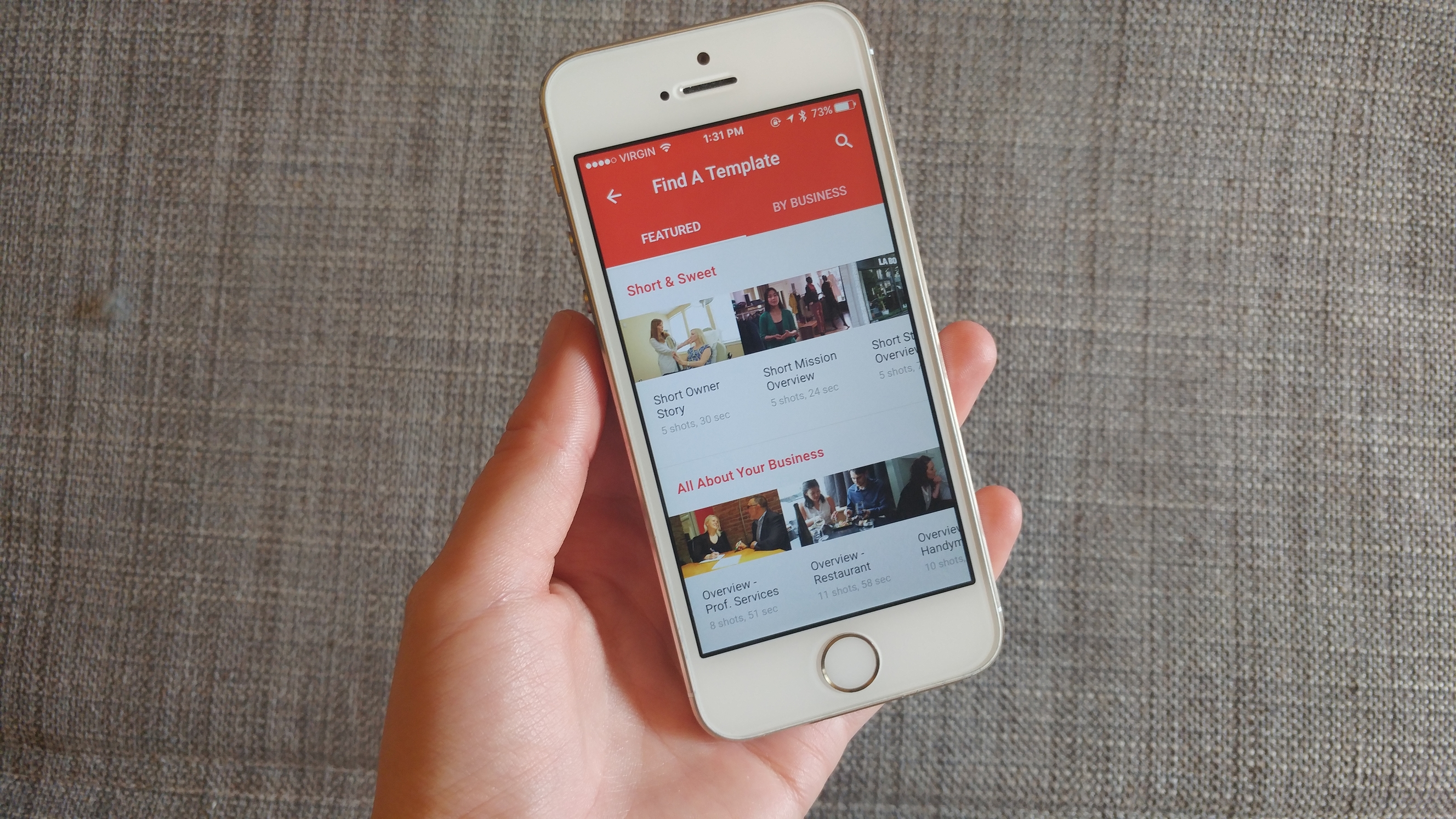 In an effort to make its ad platform easier for small business owners to use, YouTube has released an app called YouTube Director for Business that guides users through the process of making an ad step-by-step using only their smartphone.

The app is available immediately in the U.S. and Canada for iOS, with an Android version “coming soon,” according to the company.

To start a new ad project on the app, users press the plus sign button in the bottom right corner. They can then choose from a variety of templates, ranging from the 25 second “Short Restaurant Overview,” to the 57 second “Overview – Arts or Events.” 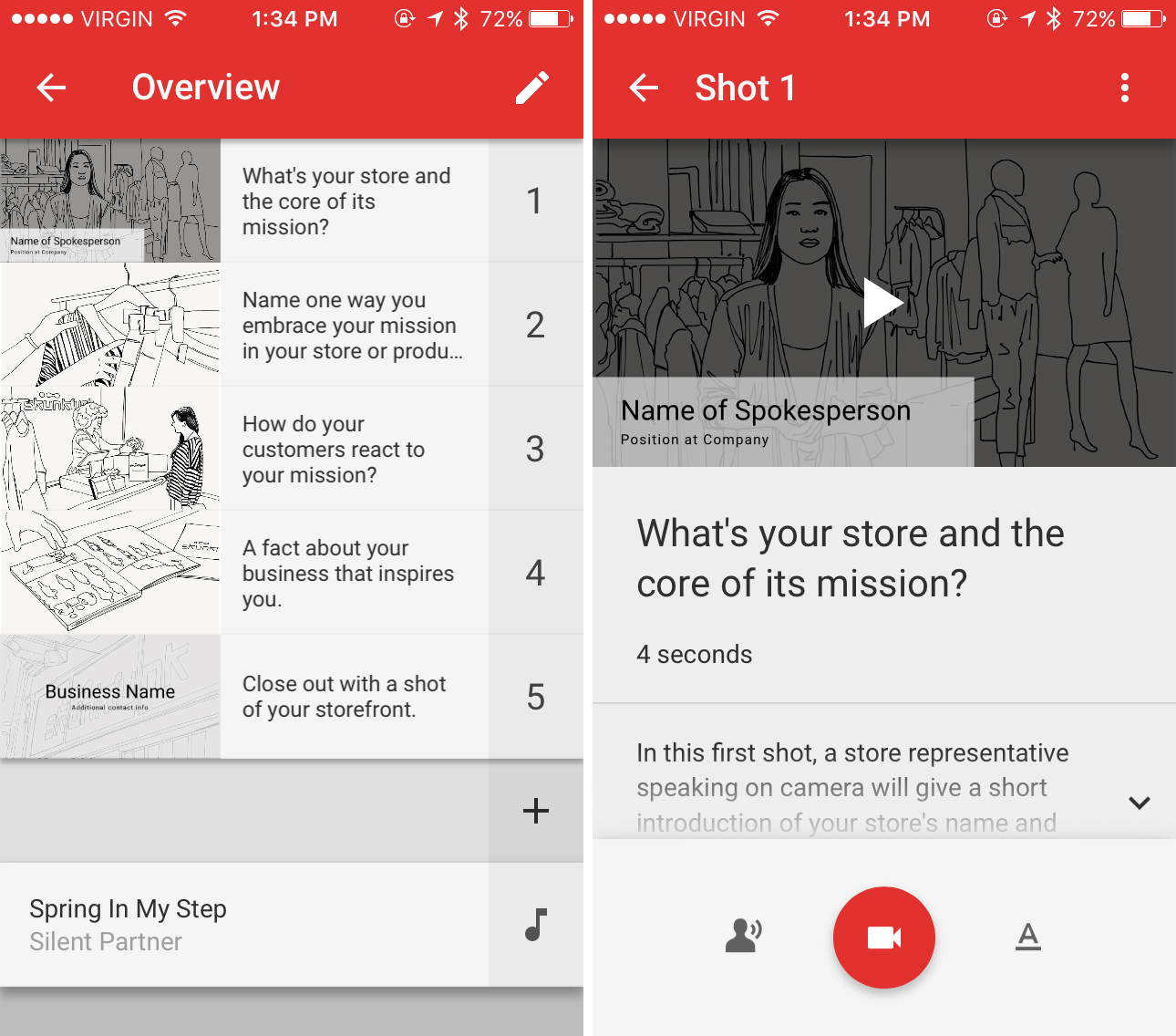 When the business owner selects a template, they’re led to a screen that breaks down the shots with example visuals. Clicking on the shots will give them a short written explanation of what they’re expected to do, and buttons to start providing voice-over or shooting video. Once complete, users can choose music to dress up their add, selecting from a library categorized by genre and mood. After completing the ad, it can be published straight to YouTube.

A real-life perk in which YouTube sends a professional filmmaker to shoot and edit business ads for owners who spend $150 or more on advertising is only available in certain U.S. cities.

To show off this new app’s ease of use, the company also published a video challenge showing small business owners making ads in 20 minutes.