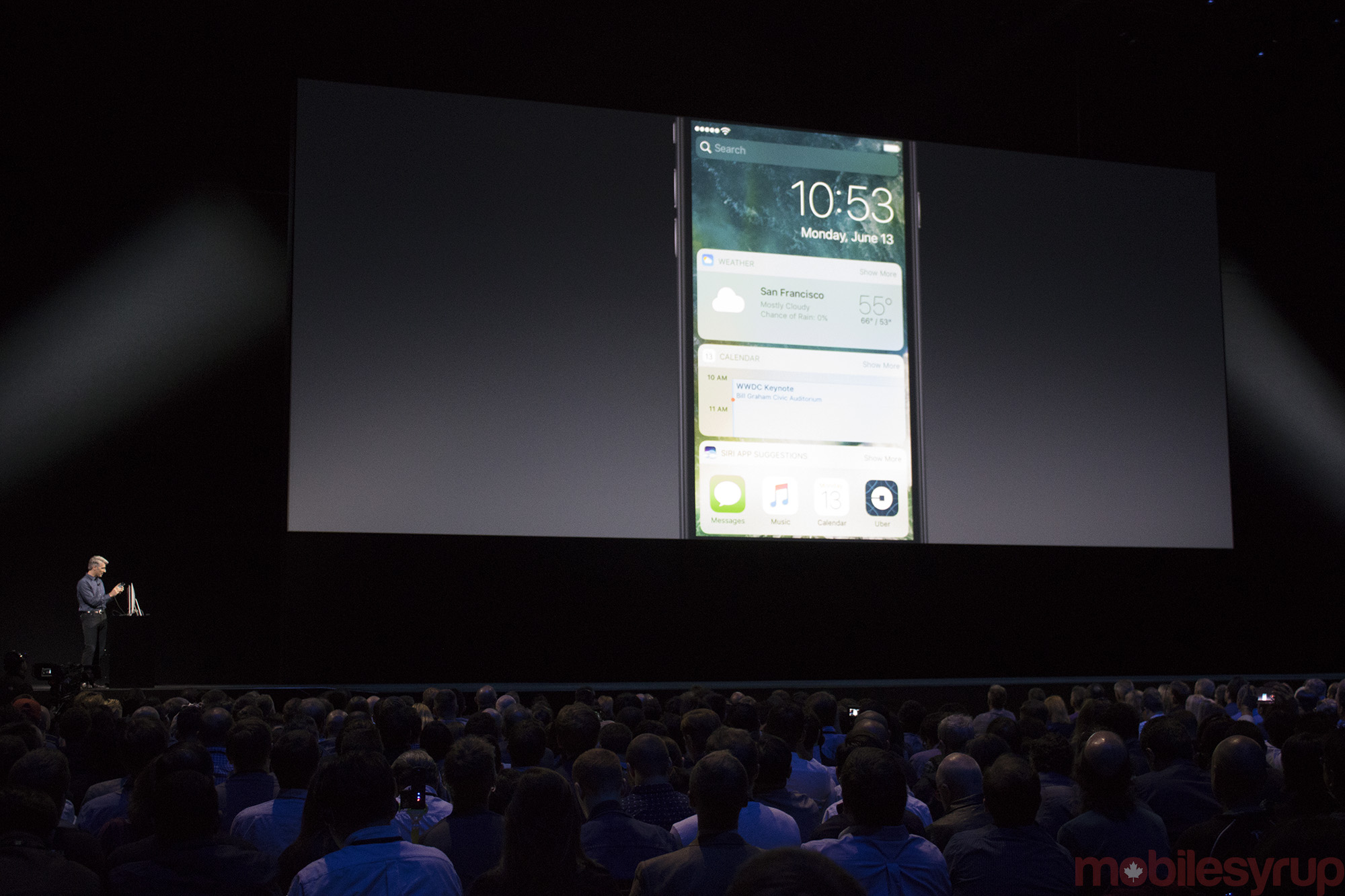 Apple today announced the newest version of its mobile operating system, iOS 10 at its annual developer conference in San Francisco.

Featuring a comprehensive redesign of the company’s notification system, iOS 10 will allow users to more comprehensively act upon lock screen notifications. To start, there’s a new “Raise to Wake” feature, allowing users to wake their iPhone without pressing the home button.

The new notification system also takes advantage of the company’s 3D Touch technology to allow users to access app functionality. For instance, during the company’s demo, Craig Federighi hard pressed on an Uber notification, which brought up a map, showing the location of his on-route driver. 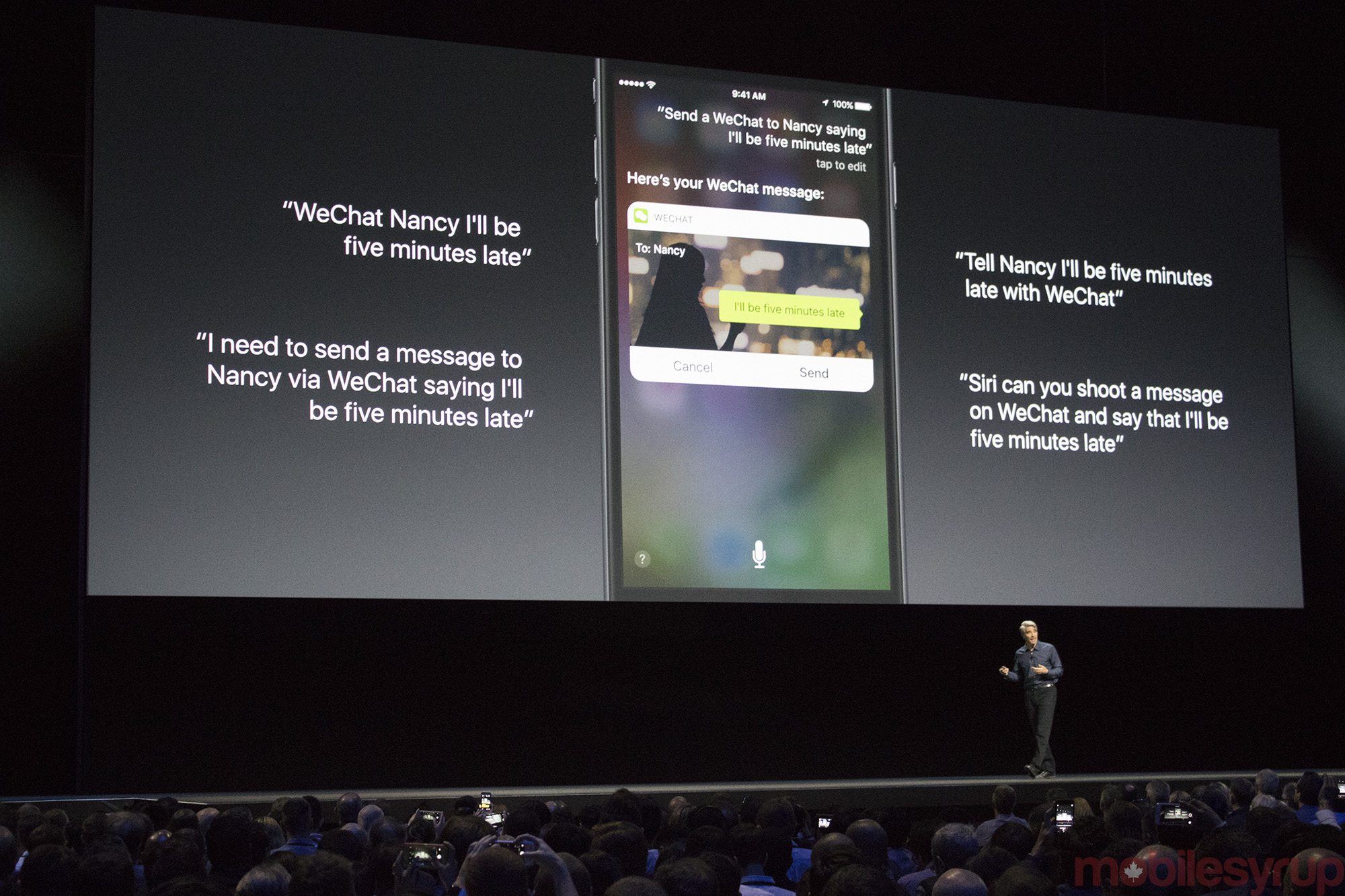 Apple also announced that its opening up Siri to third-party developers.

Several new enhancements are coming to the company’s iOS keyboard. For many Canadians, the most significant addition here will be inclusion of multilingual typing. Once iOS 10 hits later this year, iOS users will be able to type in multiple languages without having to switch between keyboards.

Building on the machine learning thread, Apple has added several AI-related enhancements to its Photos app, including object and scene recognition, as well as a new deep learning algorithm for facial recognition (similar to Google Photos). Together, these algorithms will make it easier to search for specific photos.

Maps is also set to get a fresh new coat of paint. The maps themselves look mostly the same, but the new interface allows users to see more of them. Likewise, there’s a new navigation screen that similarly pared down. In an interesting move, the company also announced its opening up to third-party developers. Using Uber as an example again, Apple’s Eddy Cue booked an Uber rider right inside of Maps.

HomeKit is set to get its own app called Home. Among some of the features coming to the app, users will be able to set house-wide scenes. Users can also use many of the app’s features without even opening the app, thanks to integration with Siri.  Home will be available on the iPhone, iPad and Apple Watch.

On the core functionality front, the iPhone’s Phone app is getting a couple of enchantments. Moving forward, the app will automatically inform the user if they’re receiving a spam call. Brief transcripts of voicemail messages have also been added to the Phone app. 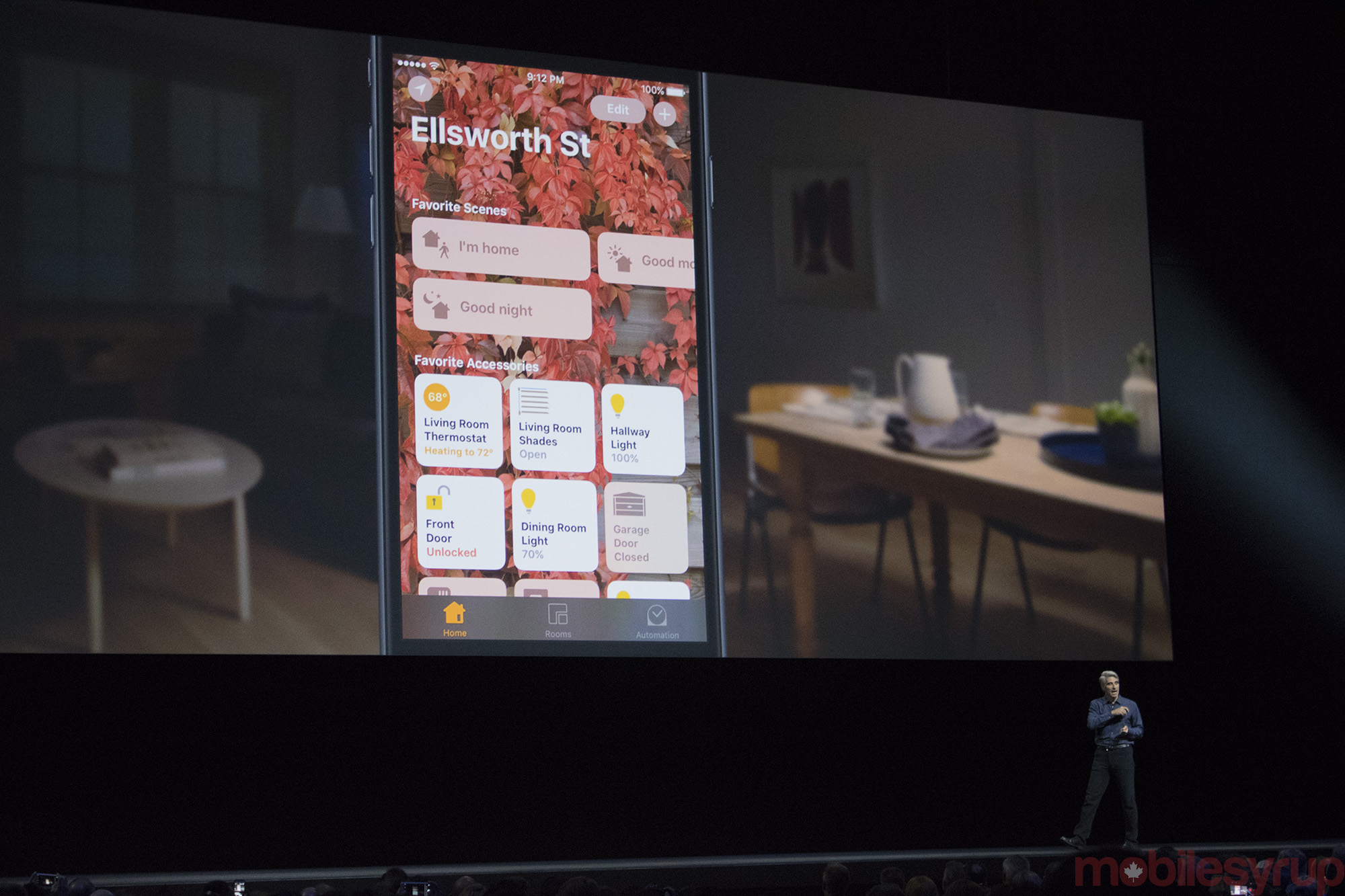 Messages is receiving a number of upgrades as well. With iOS 10, the app will support rich links and inline videos — as well as invisible links, allowing users to send surprises to their friends and family members. Emoji will be three times bigger in iOS 10, and a fun new feature will allow Messages to scan a message one’s about to send, and suggest words that can be replaced with emoji. Similar to what it revealed with Maps, Apple is opening up Messages to developers.

At the end of the company’s iOS 10 presentation, Federighi said all of the new AI learning features in the new version of the operating system, particularly when it comes to photos, are all performance on device.

A developer preview of iOS 10 is available today. A public beta will start in July, with a final version available to all users sometime in the fall.