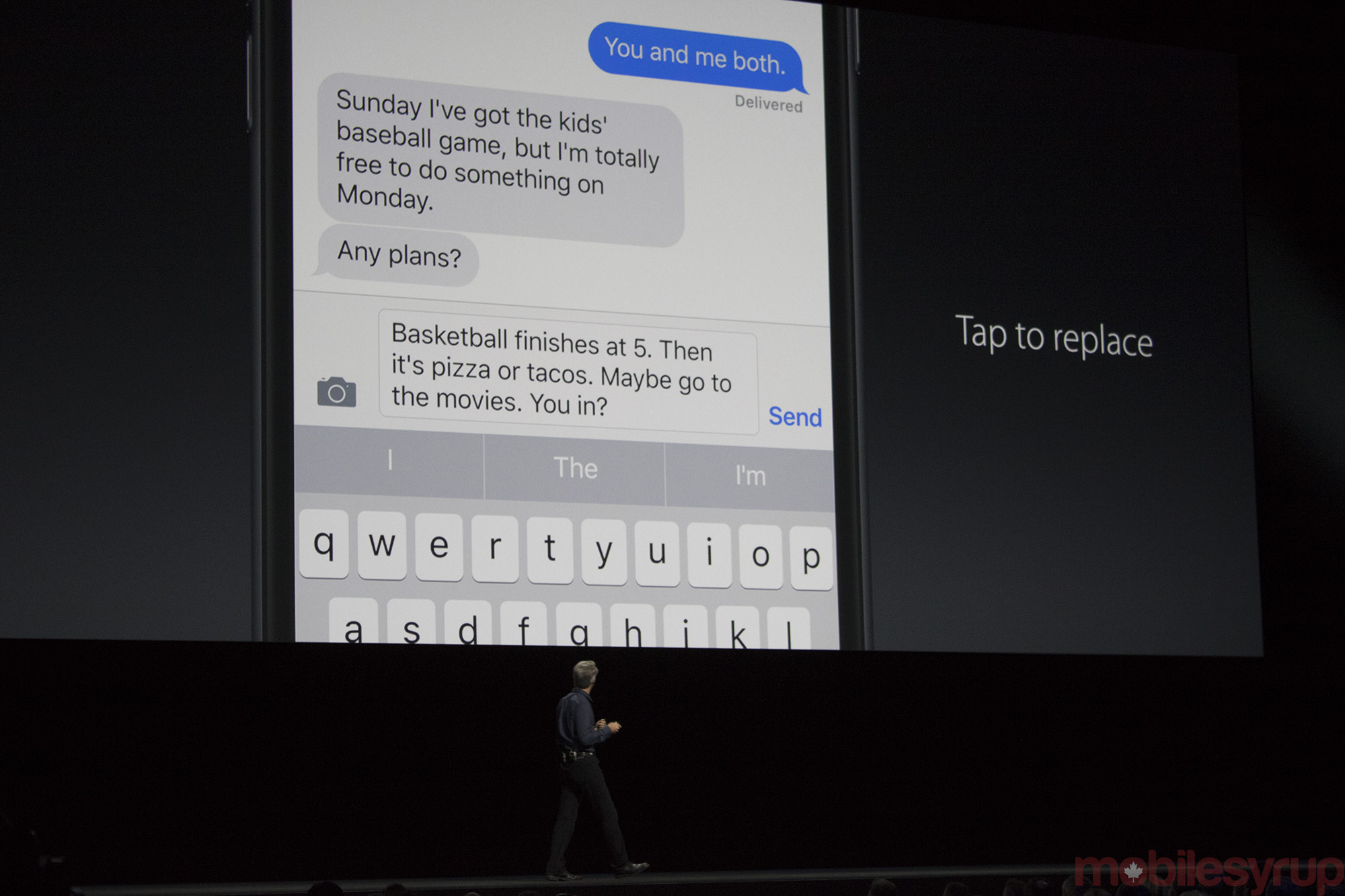 Apple has greatly expanded the capabilities for its iMessage platform today at WWDC 2016 in San Francisco. One of the most notable advancements is that iMessage has been opened up to developers, allowing for integration with third-party apps for tasks like payments, stickers and GIFs.

The apps can be sourced from a drawer at the bottom of iMessage.

Though many believed that Apple would announce a proprietary person-to-person payments system in iMessage, it appears that functionality is being looked after by third-party apps like Square Cash. 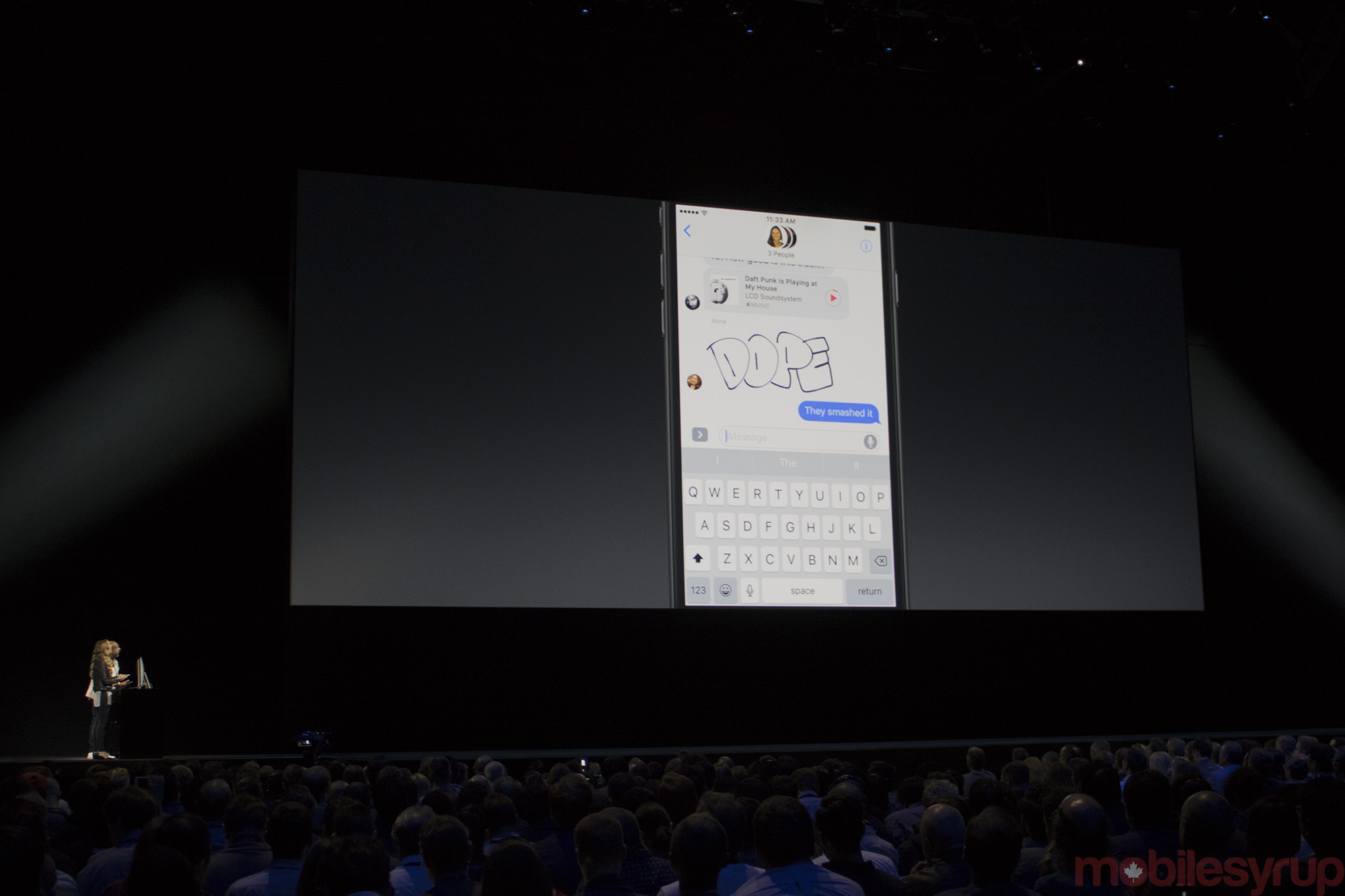 This announcement features many of the functionalities demonstrated for Google’s Allo messaging app last month.

Some of the benefits these new apps bring include adding stickers on top of text bubbles and group ordering for food delivery.

In addition to third party apps, there are several other upgrades to iMessage, which Apple says is the most frequently used iOS stock app. Those upgrades include rich links, inline video, animations that take over the screen and a pad for handwriting messages.

The new version of iMessage also allows users to decide how the message should be delivered. For instance, hidden messages can be revealed with a swipe, and smash messages drop in to the conversation with a sudden, violent animation.

Emoji will be three times bigger in the new version of iMessage, and a new feature in the app scans messages so that it can automatically suggest emojis, much like recently released Canadian app Dango.

These new features for iMessage will be available with iOS 10. The developer preview of iOS 10 can be downloaded today, a public beta is set to be released in July 2016, and available to all iOS users in the fall.