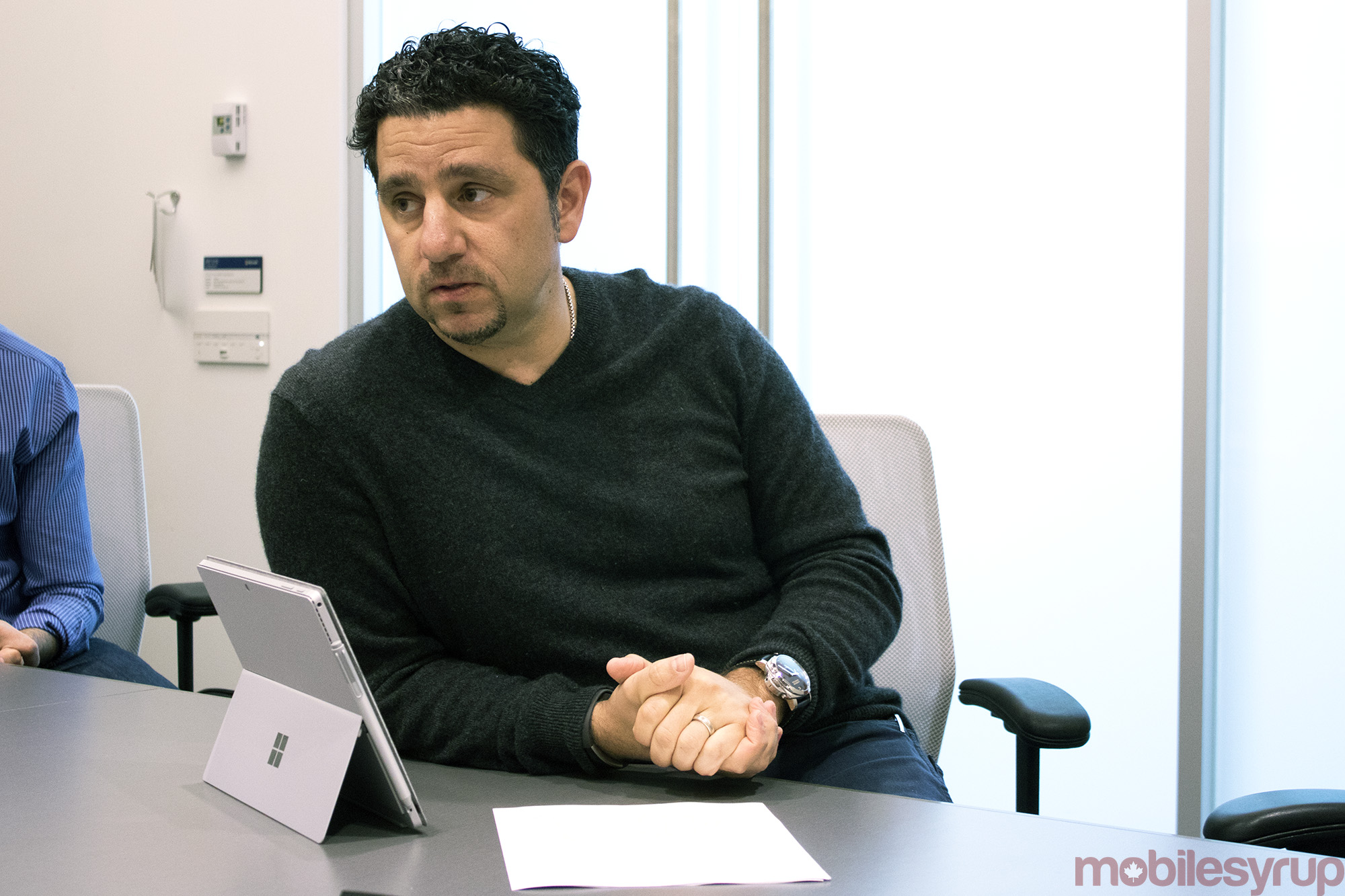 Microsoft’s initial launch of the Surface was nothing short of a complete disaster for the company.

The first two tablet/laptop hybrid devices the Seattle, Washington-based tech giant released, the Surface RT and Surface Pro, failed to impress and were the butt of jokes in the tech industry when they launched in 2012.

While the original Surface Pro was viewed by some as an admirable attempt at creating a viable 2-in-1 laptop/tablet hybrid at the time, it was held back by Windows 8, its small 10.6-inch display size, ineffective keyless type cover and a variety of minor hardware issues. 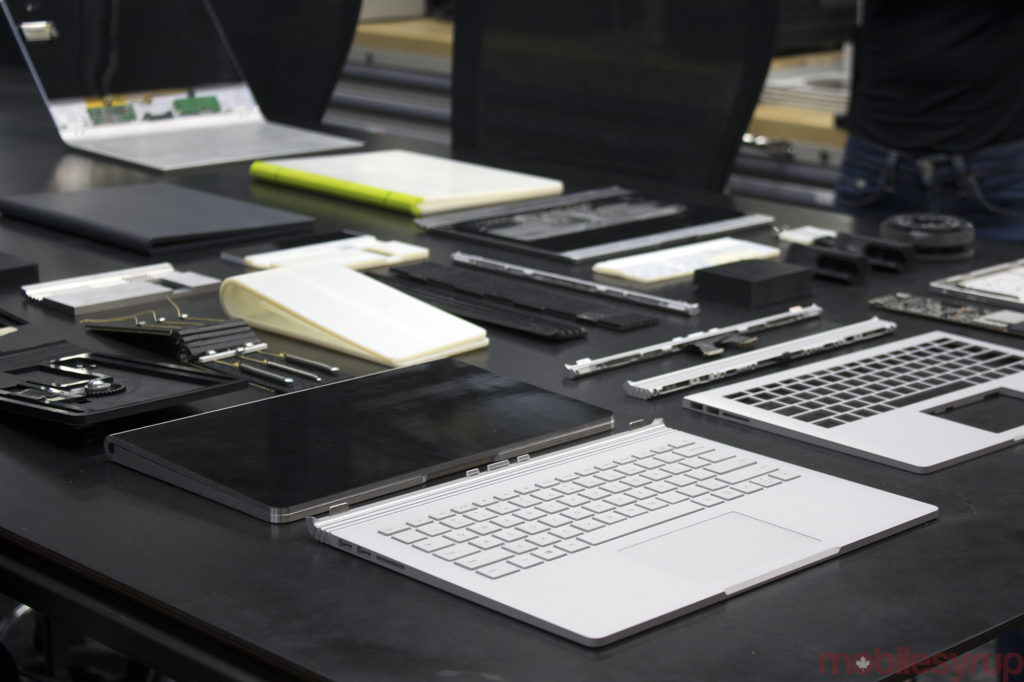 The Surface RT on the other hand, sold so poorly that Microsoft was forced to take a $900 million “inventory adjustment” hit for the device, as well as its parts and accessories, back in July of 2013. Windows RT’s limitations didn’t connect with consumers, and neither did the Surface RT and its underwhelming Tegra ARM processor.

In a refreshingly candid discussion, Panos Panay, corporate vice president of devices and the head of Surface at Microsoft, admits the original Surface didn’t pan out as he hoped, despite his lofty ambitions for one of the company’s first cracks at designing its own hardware.

The moment news broke internally regarding Microsoft’s $900 million USD write-down of the RT, Panay says he remembers exactly what he was wearing, where he was standing, and who he was standing next to. According to him, it’s a time during his tenure as the Surface’s lead that he looks back at with a sense of fond nostalgia, but also pain. 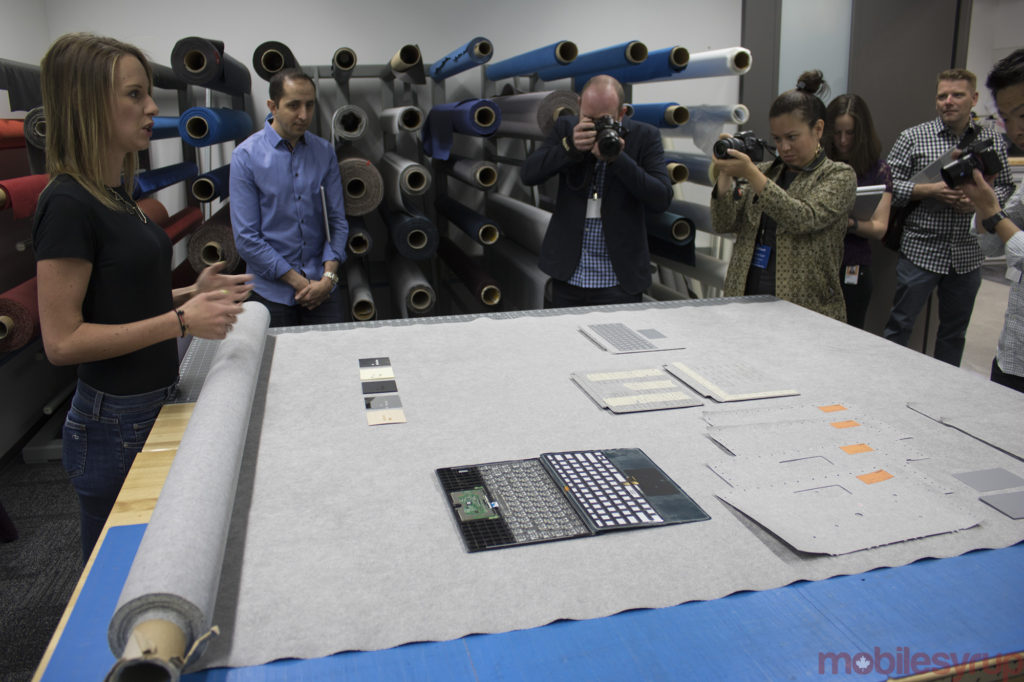 “It was a tragedy that I’ll never forget. It’s just ingrained, but it’s also a blessing. There’s something to that moment. It’s probably the most humbling thing this team has ever gone through,” said Panos Panay during an interview with MobileSyrup at Microsoft’s Surface development facility in Redmond, Washington. “I think it was needed and not necessarily unexpected. It was all about learning during that time.”

Immediately after Microsoft released the news to press the next day, following what he calls “weeks of sleepless nights,” Panay says he faced his team, the same group of individuals he spent months creating the Surface RT with. In Panay’s mind, this was a pivotal moment for the brand, emphasizing to his team how important the Surface is to the future of Microsoft and that the brand will continue despite this set back.

“You have a choice, stop rolling and get off the ship. Or keep your head down and believe in what we’re doing and lets go kick some ass,” said Panay. “They didn’t skip a beat. What they did do was learn. What they did feel was humility. They didn’t feel great, but you know what, they didn’t give up,” said Panay, discussing his team’s initial reaction to the Surface RT write-off. 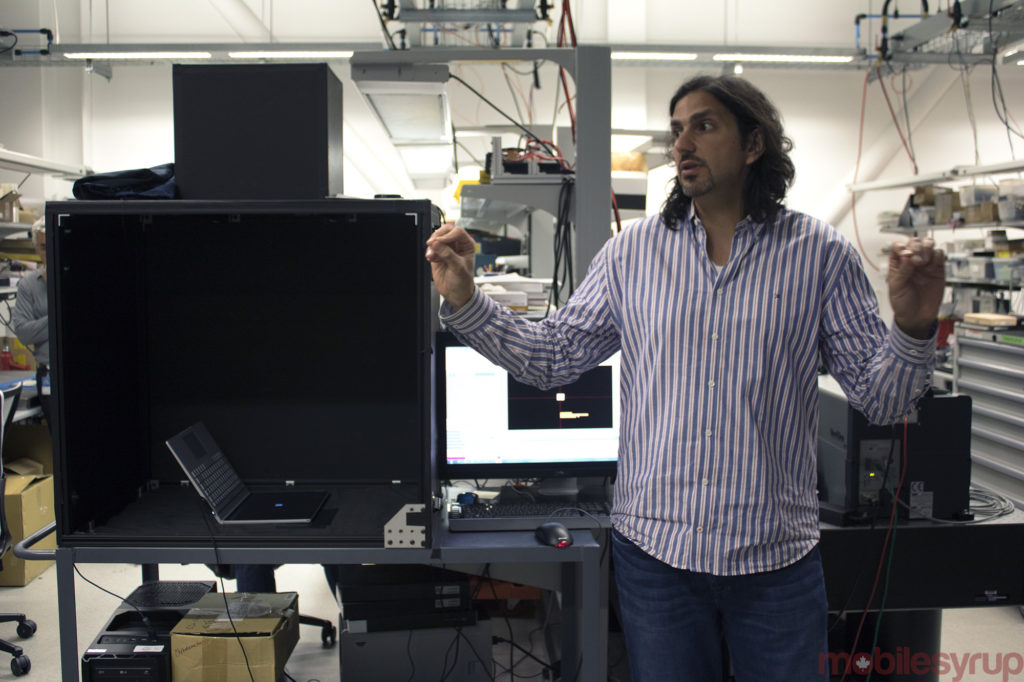 “We knew what Surface Pro 3 was going to be when we were developing Surface Pro. That said, you can’t always get to the third generation with your first iteration,” said Panay, emphasizing that his team always had an ultimate goal in mind for the device.

Even with the early hiccups, Panay and his team still believed in what they were trying to accomplish with the Surface. They stayed the course with the hybrid device line, eventually landing on the Surface Pro 3, arguably the first Surface that accomplishes the line’s original laptop replacement vision.

Recent sales of Microsoft’s Surface line prove Panay’s and Microsoft’s decision to continue pushing forward with the Surface, was the correct course of action. In its most recent earnings report, Microsoft says Surface sales are up year-over-year, with the Surface Book and the Surface Pro 4 driving record Surface revenues in Q3, yielding the second $1 billion quarter in a row for the company and a 61% year over year increase to $1.1 billion. 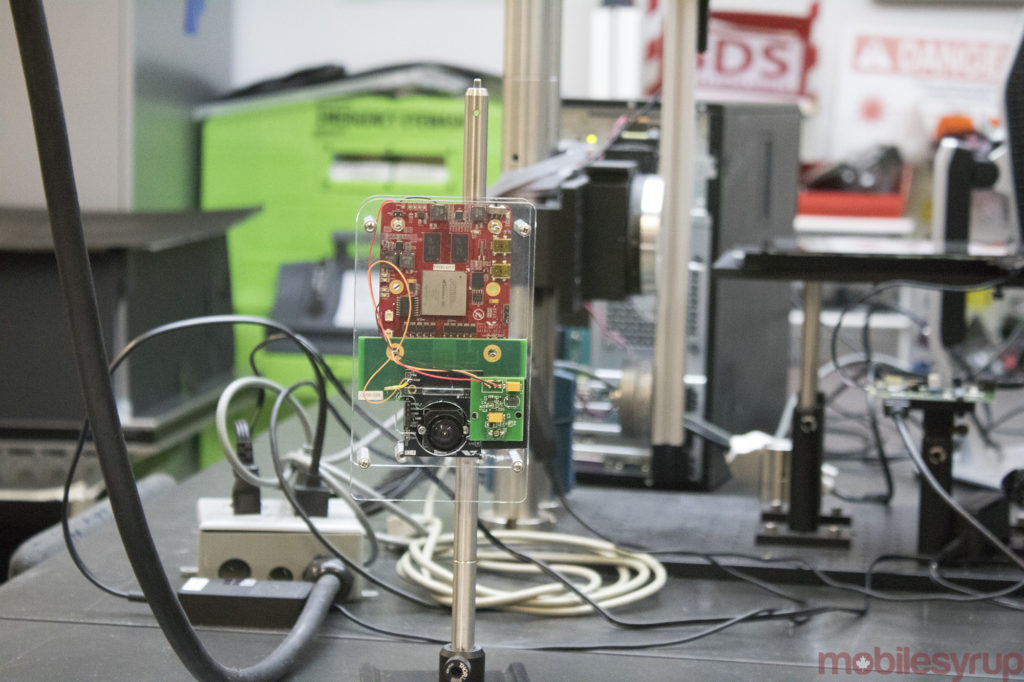 “We’ve had a lot of momentum over the last several quarters since we’ve launched Pro 4 and Book. We’ve had two billion dollar quarters in a row. We had our biggest quarter ever with Surface and we’ve seen 60 percent year over year growth,” said Panay.

“We’ve even seen competitors come in and challenge our concept, which I think is both flattering and challenging,” added Panay, referring to Apple’s iPad Pro laptop/tablet hybrid line, a device hindered by Apple’s current split operating system approach to devices, focusing on both iOS and OS X. Microsoft has, however, learned significantly from Apple’s approach to linking software and hardware on an integral level.

Panay originally worked on mice and keyboards at Microsoft, but is now responsible for all of the company’s in-house developed devices, including the Surface Book, Microsoft Band 2, HoloLens and even the often-rumoured Surface Phone, if the last great hope for Windows 10 Mobile hasn’t been axed in the Microsoft’s recent cuts to the division (it likely has). 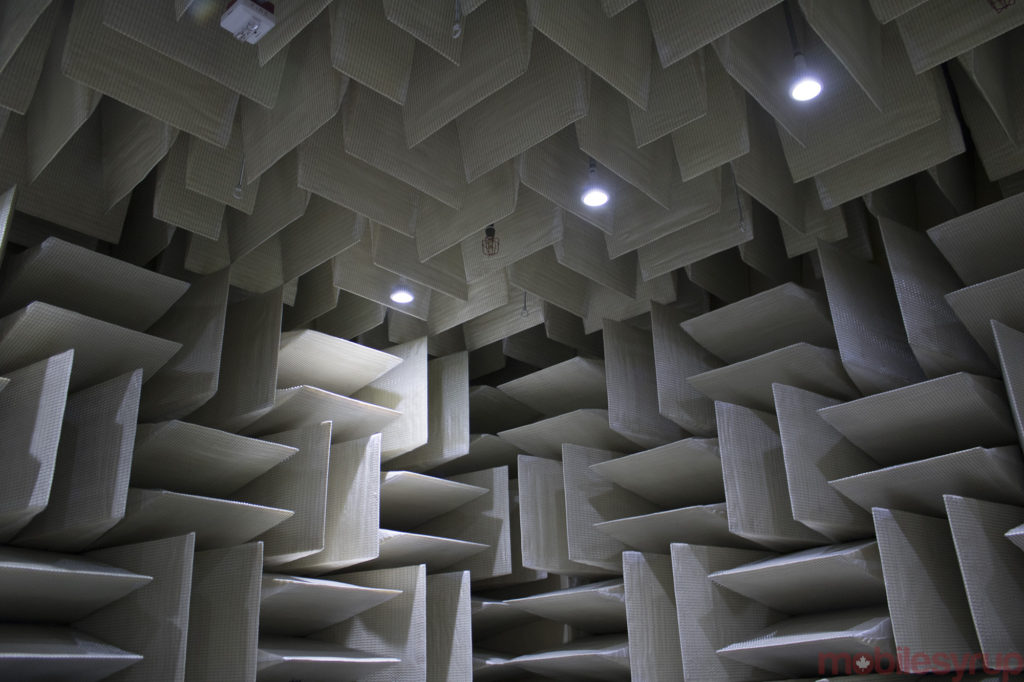 Panay believes that 2016’s expensive, high-end Surface Book, a device that actually initially began life as a standard laptop, is the result of everything he and his team learned during the development of earlier Surface devices.

“We started with just a laptop and were like ‘no way, no way, this is a Surface man.’ They’re looking at me [the team] like, ‘no we will not do this.’ They’d say, ‘Panay, if you put the product in the top the product gets too heavy, it’s impossible to get the weight tradeoffs,” said Panay, discussing the Surface team’s initial hesitation at creating a 2-in-1 designed to be more laptop-like than the Pro. “You can see all this come together in Book. It’s almost like a third-generation product in its first generation, as opposed to what Pro became with Pro 3, which is three generations in.”

Microsoft’s Surface development facility, a large unassuming building located in the company campus, is focused on iteration. Panay explains his team works through various versions and designs at a rapid pace thanks to a 24 hour development cycle linked to the company’s overseas factory production facilities. 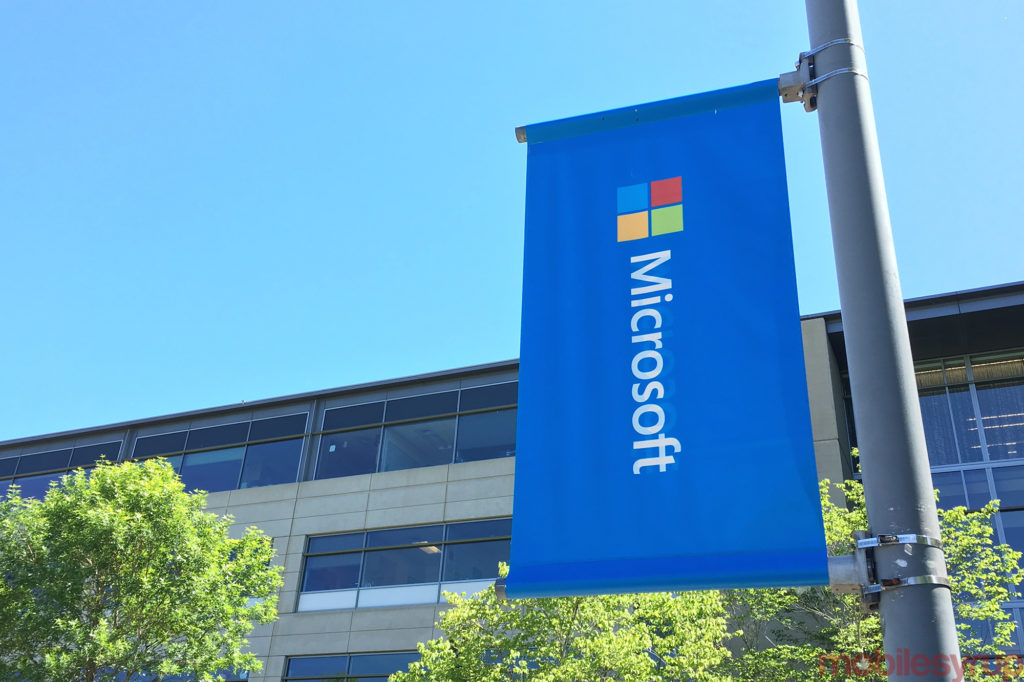 “If we find a problem overseas, we can work on it in the morning here. By the time we fix it we can send the data and its on the line and the product is enhanced for it over night. I think this is something that’s unique to what we do here for Surface,” said Panay.

Taking a shot at Apple’s recent adoption of USB Type-C, Panay also says that his team chose not to adopt the new port format with the Surface Pro 4 or Surface Book because he feels USB Type-C, at least in right now, “isn’t fair.” He feels that despite the technology’s strengths, it hasn’t reached the point of consumer penetration where it should be included in a laptop.

Panay also says that the Surface line’s intent is to compete directly with Apple. 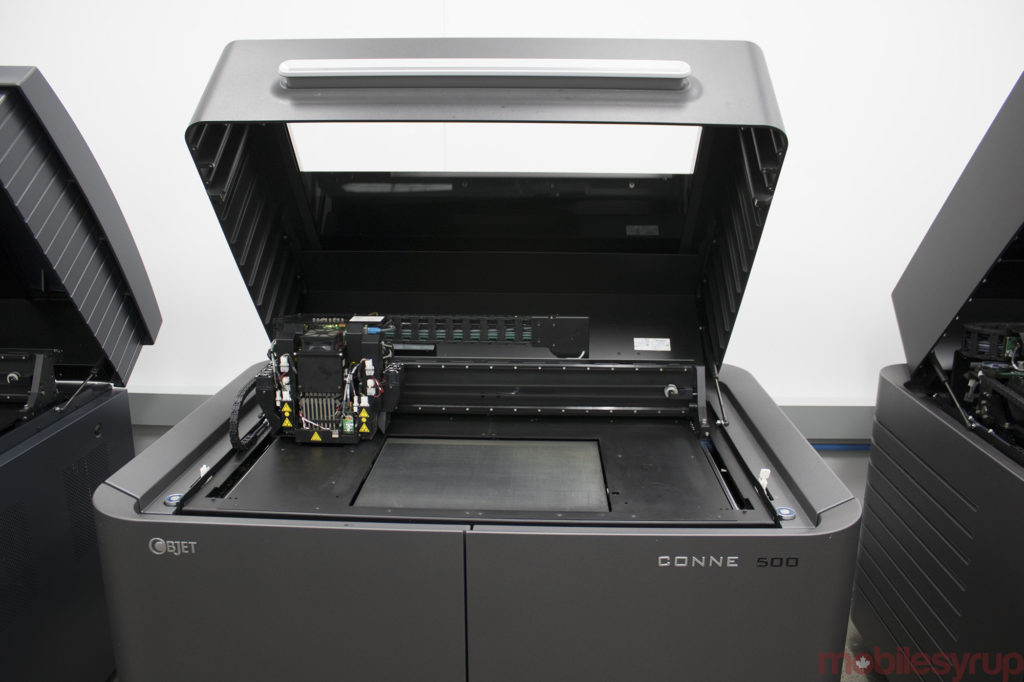 “Let me be clear. Our intent is to compete in the very premium market… We look at Apple as a key competitor to the Surface product line and that’s how we think about the product line. We want to give our customers more options in the premium space,” said Panay.

While the Surface initially seemed like an oddball device, a very Microsoft creation that was neither a competent computer, or a usable laptop, it’s evolved into a viable, premium computing product, a substantial portion of Microsoft’s business.