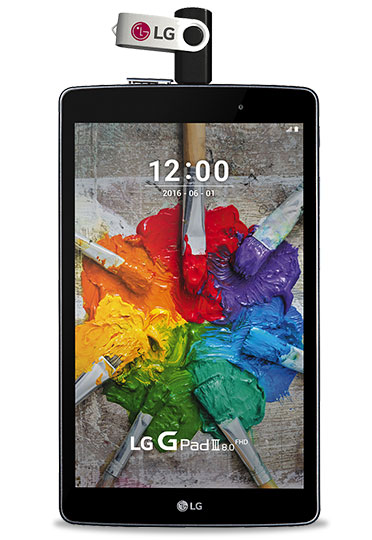 The LG G Pad III 8.0 is now available at Rogers and Fido at the affordable price of $240 outright.

The new generation of G Pad, which Rogers is targeting towards “youth and young adults looking for the best value device that encompasses the latest productivity,” has an 8.0-inch screen with a 1920 x 1200 pixel resolution. It also packs an octa-core processor, a 5MP rear-facing camera, and runs Android 6.0.1 Marshmallow.

It only has 16GB of internal storage, but at such a reasonable price it’s hard to complain about the lack of storage. Thankfully, the G Pad III supports MicroSD cards up to 128GB.

The tablet also features a one-click “Reader” mode, which filters blue light and lessens eye strain during the nighttime.

The tablet is $0 down on a two-year Easy Pay plan, which is $10 per month plus the cost of the data plan.

Update: Based on Rogers specs on its website, we previously reported the LG G Pad III 8.0 was powered by Lollipop but in fact it has Marshmallow installed. (Thanks, LeCanadianBacon!)