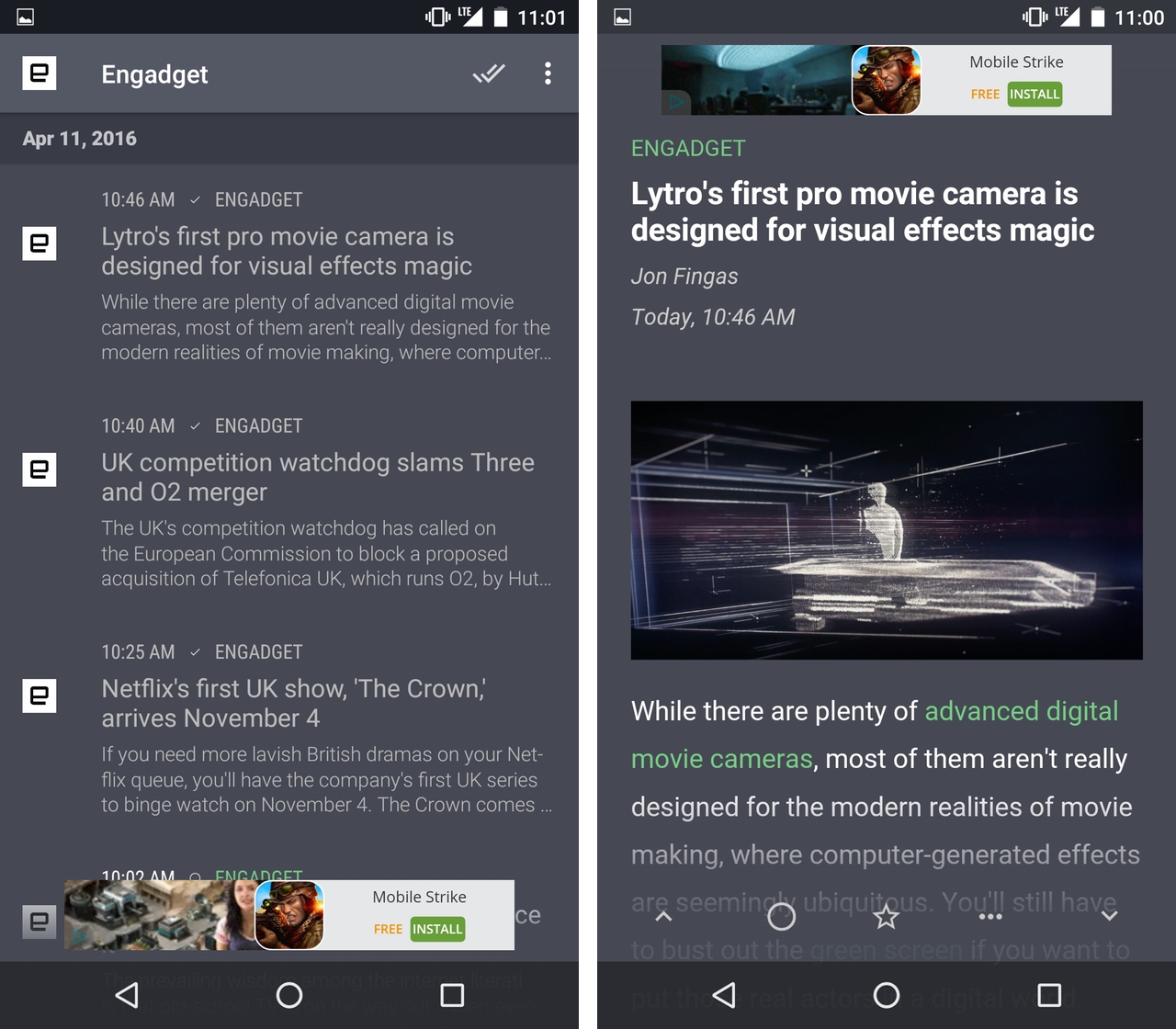 After a lengthy beta test, Quote, the latest app from Matteo Villa, the creator of popular third-party Android Twitter client Fenix, is now officially available on the Google Play Store.

The app is free to download, but a $2.97 CAD in-app purchase adds support for multiple accounts and additional themes. The premium version of the app also removes ads from the experience.

So far early responses to Quote have been positive. While only about 20 people have reviewed the app, it currently has a 4.9 user rating on Google’s app store.

While I’ve only been using the app since this morning, so far I feel confident echoing those sentiments. Minus the Hangouts-like app icon, Quote is a well-designed. The default dark theme makes articles easy to read — and helps save battery power.

Quote also makes smart use of gestures. Double tapping on an article will re-render it using a built-in Readability mode. Users can also add new subscriptions directly from the app without first doing so through Feedly or Inoreader.

Ads can be a bit distracting, but the cost of removing them — $3.00 — feels like a fair price for what is a well-built app.