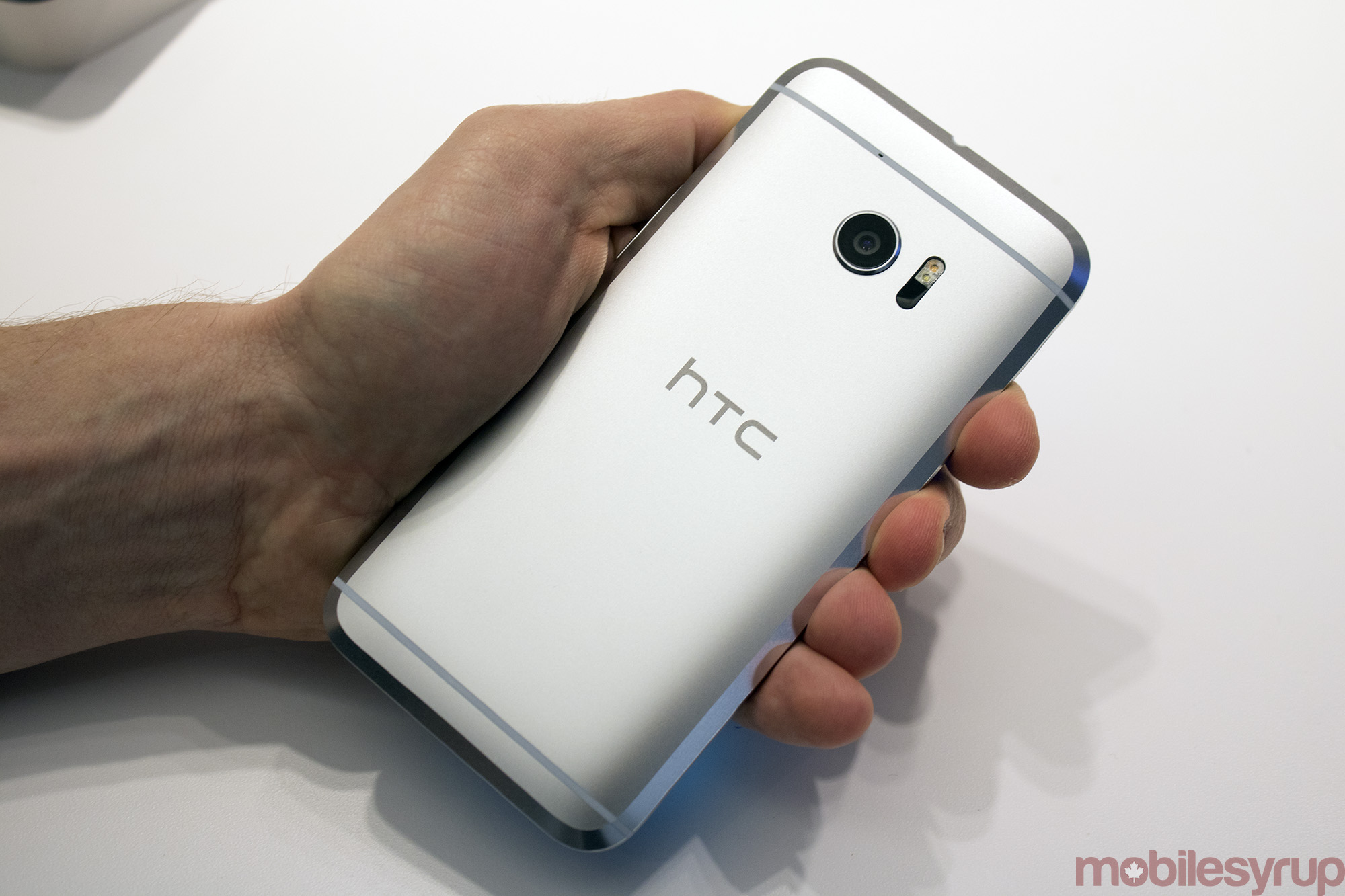 The rumours are true: HTC is dropping the “M” branding from its flagship line of smartphones. The company’s 2016 flagship device is called the HTC 10.

We “must try harder,” said Nigel Newby-House, HTC’s executive director of product strategy, while revealing his company’s latest flagship smartphone, during a recent hands-on session in Toronto, and admitting that last year’s M9 “didn’t nail it” in a variety of ways.

While I only spent a brief period of time with HTC’s upcoming flagship device, it was difficult not to admire the company’s resilience following the M9 and its relatively well-received HTC A9 iPhone-esque experiment, a smartphone that seems to have inspired the HTC 10 in terms of design and camera upgrades. 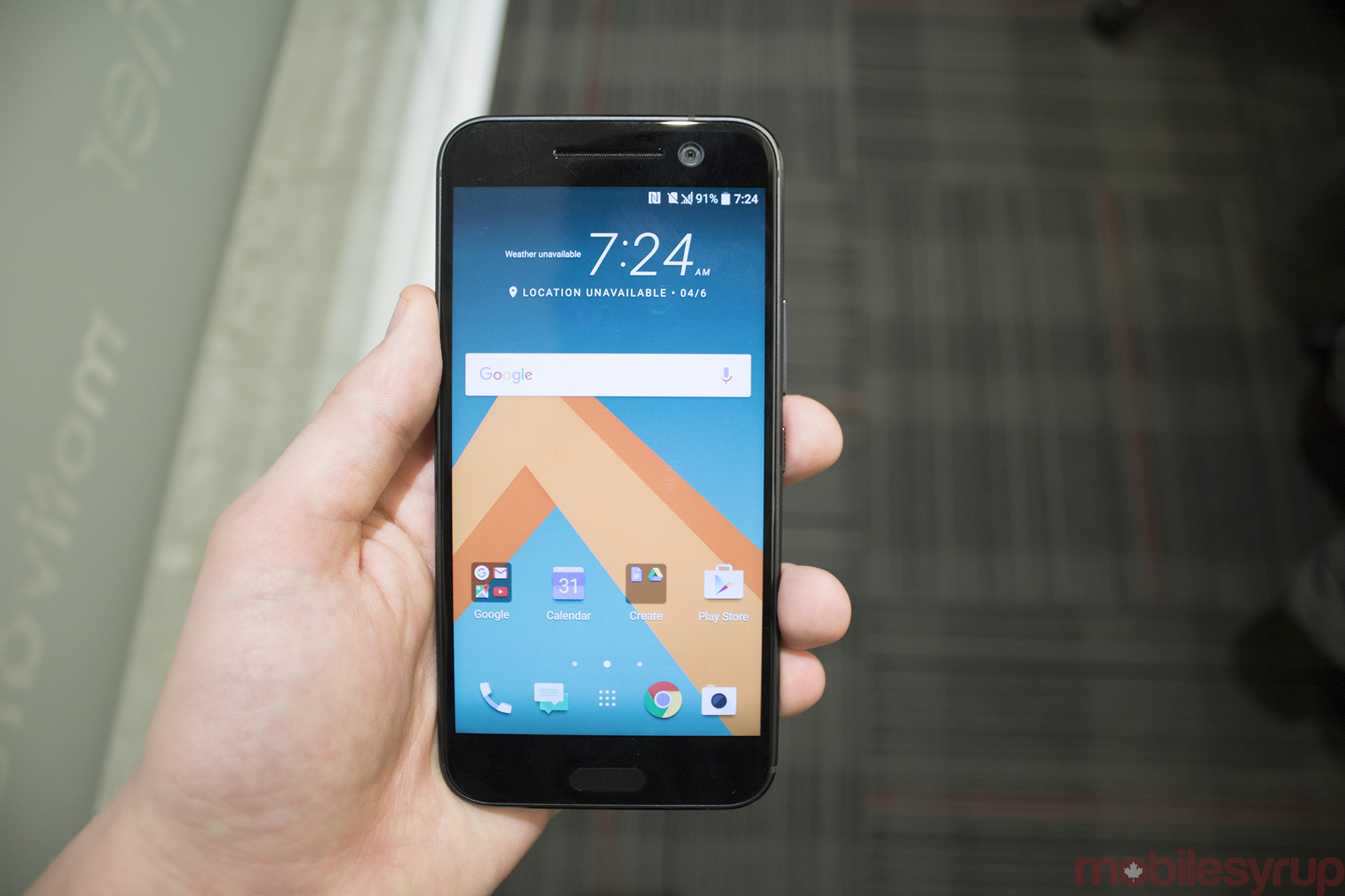 First off, the phone looks stunning, though again, in most respects it’s not a significant shift from past HTC flagships in terms of design. The handset features the same metallic unibody of past HTC devices, a design trait other Android manufactures, and even Apple, have burrowed over the past couple of years, only now with a 45 degree chamfered bevelled edge, creating a sleek-looking groove that runs around the device’s circumference.

This gives the phone a unique look that sets it apart from both the A9 as well as the company’s previous M series of devices. 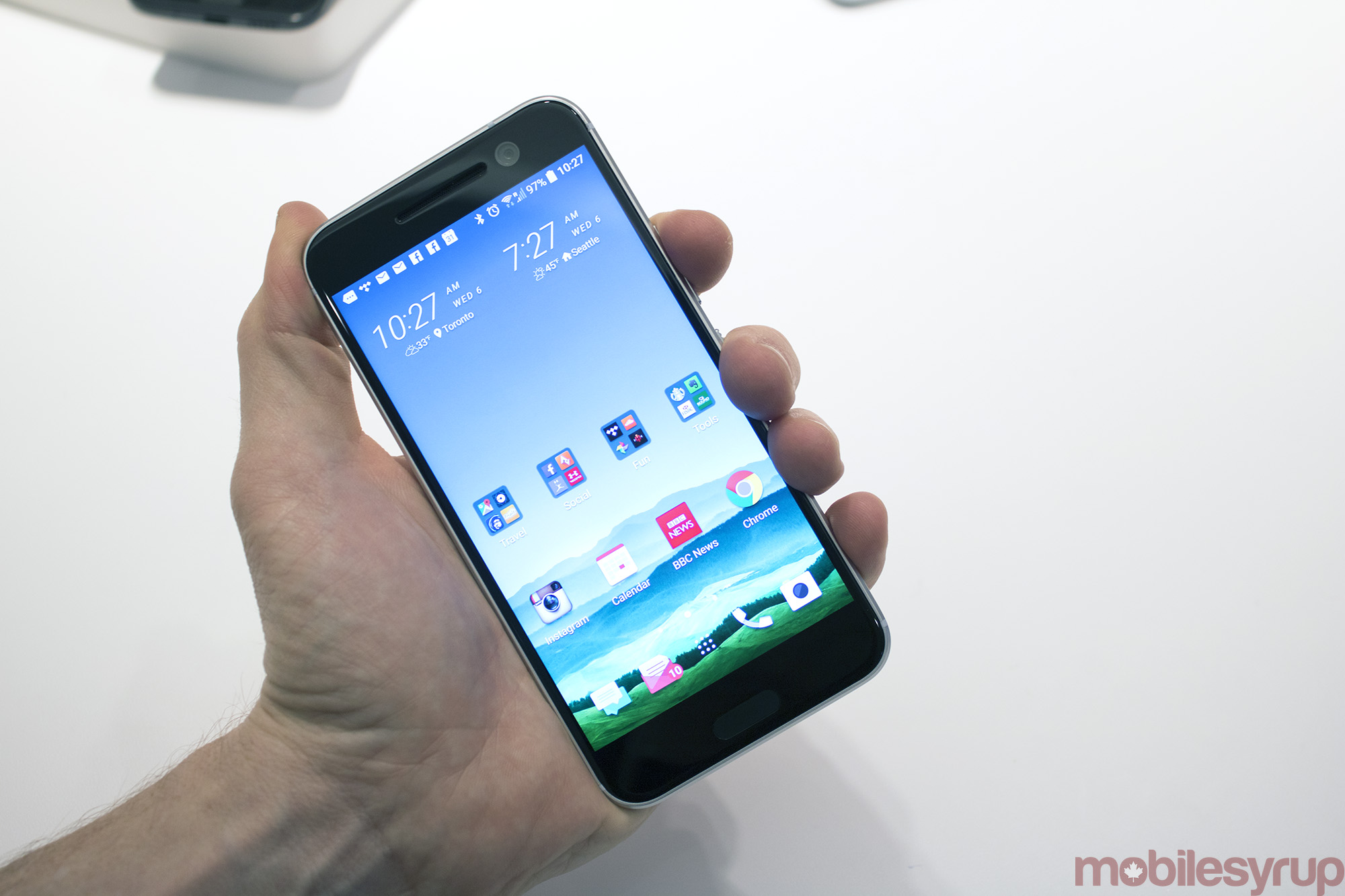 It’s also worth noting that the 10 is HTC’s first smartphone to feature a 2K resolution screen. In our brief tests, the screen looked vibrant and sharp, though as with many aspects of this preview, more time with the smartphone is necessary before we can make a final judgement.

It also features a full glass front, bringing the phone’s capacitive touch panel down to the bottom of the device, with a home bottom left and right of the HTC 10’s new fingerprint sensor (this is the same one featured in the A9). While this subtle design shift is not significant, it does give the front of HTC’s latest flagship a new look when compared to the nearly identical M9 and M8, which is a welcome change for the company.

This means that the popular Boom Speakers located on the top and bottom of the front of the phone with the M9 have been shifted to the base and top of the device. 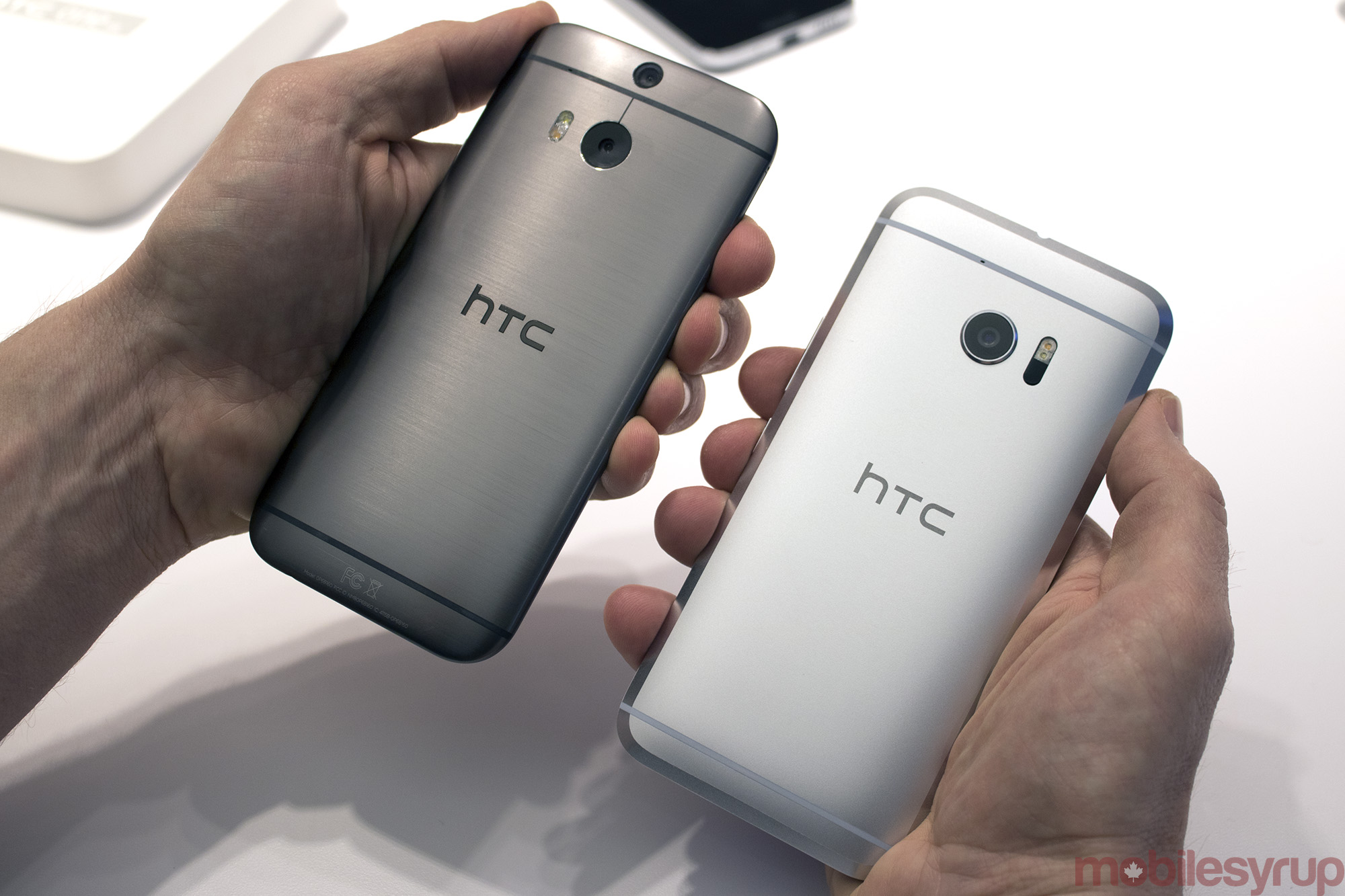 Similar to other flagship smartphones released this year, as well as in late 2015, the 10 also features USB-C, a move HTC says will “future proof” the device.

Interestingly, HTC also hinted that it’s working with manufacturing partners to release headphones that utilize USB Type-C. Those who are fans of handsets with expandable storage will also be pleased to learn that the 10 includes a microSD card slot, just like its predecessors. 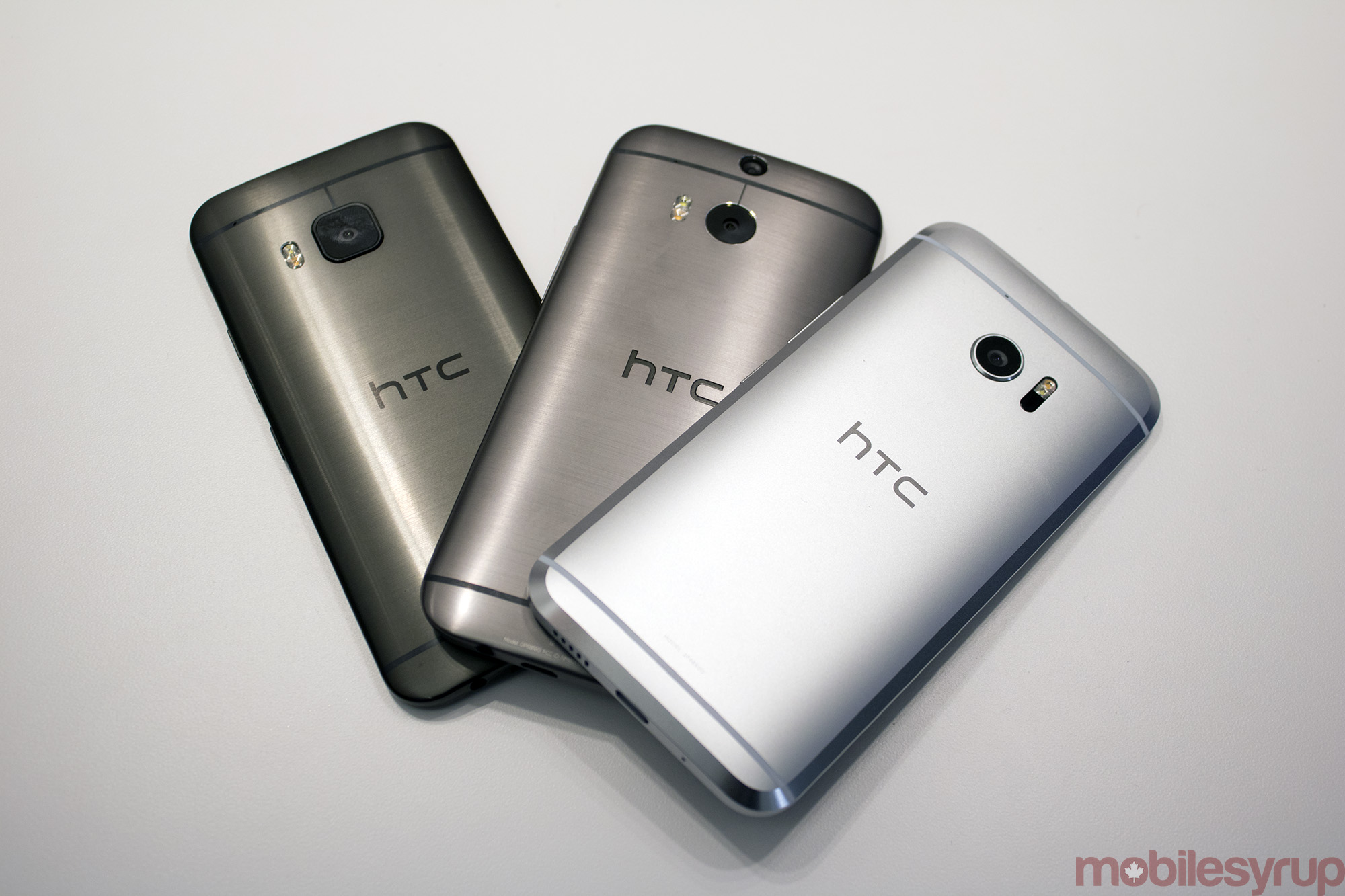 Apart from the phone’s subtle design shift, HTC also says that it has solved the M9’s photography woes with the release of the 10. According to the company, the 10 features a 12 megapixel back shooter and a 5 megapixel front camera, but that both cameras feature optical image stabilization technology, a first in the smartphone camera world.

This means that shooting those all-important selfies will likely be a painless process with the 10. The phone’s 12 megapixel back shooter is a significant improvement from the One M9’s 20 megapixel shooter, a camera many considered one of the worst featured in a smartphone last year.

While both cameras featuring image stabilization is a welcome shift (why haven’t more smartphone manufacturers done this?) the most exciting thing about the HTC 10’s camera is that it utilizes Ultra Pixels, technology Samsung also took advantage of with the S7.

This means that the pixels featured in the 10’s camera sensor measure in at 1.55um, a number that is even greater than the S7’s 1.4um. 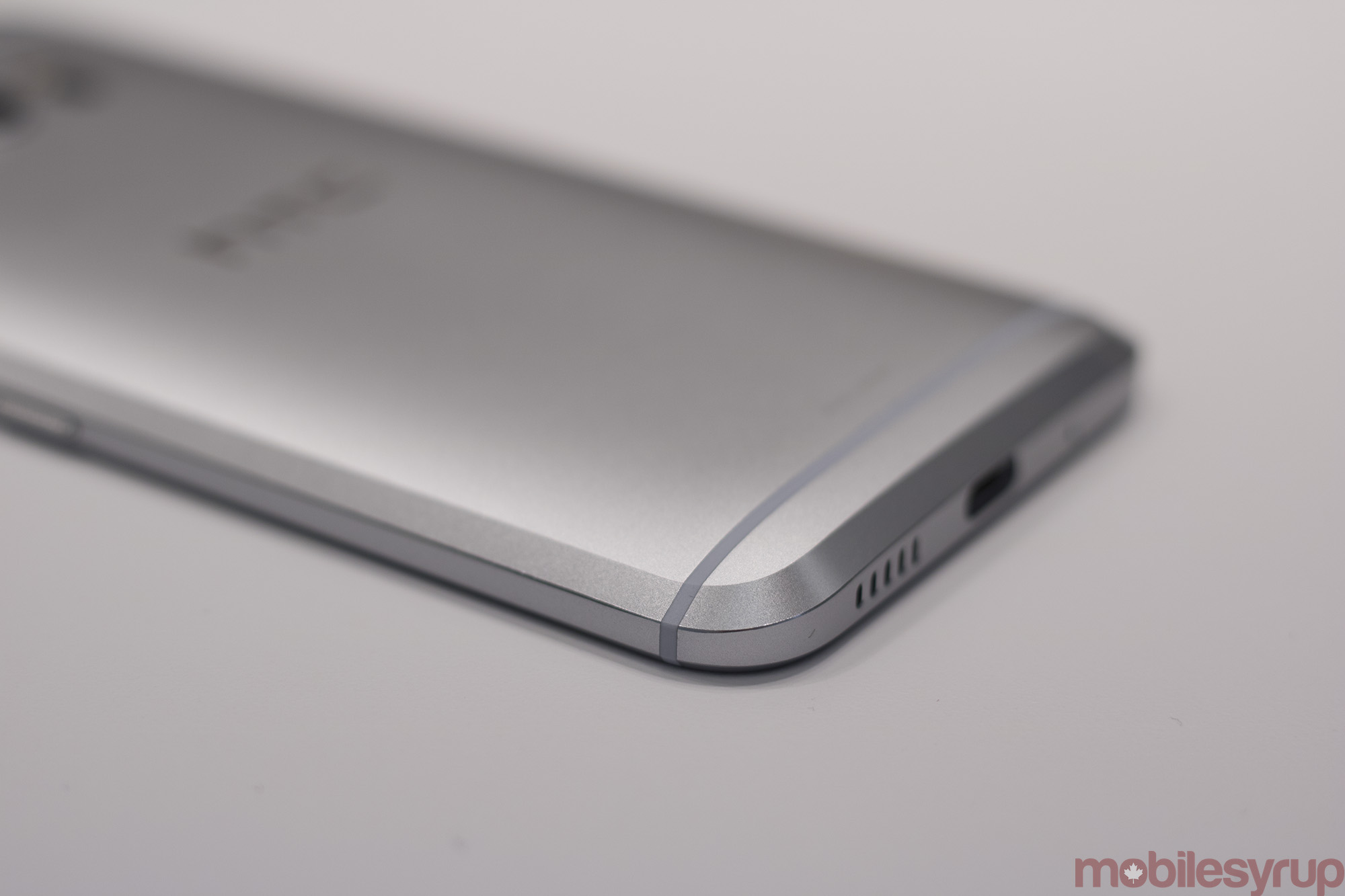 We were only able to snap a handful of photos with the 10, so it’s unclear if these claims are true. We’ll take an extensive look at the HTC 10’s photography capabilities when our full review of the device goes live later this month.

On the technical specs side of things, the 10 will feature the now industry standard Snapdragon 820, Kryo CPU, and Adreno 520 GPU, as well as a substantial 3000mAh battery, 4GB of RAM for ample multitasking and 32GB of storage (it’s still unclear if the 64GB iteration will be sold in Canada). 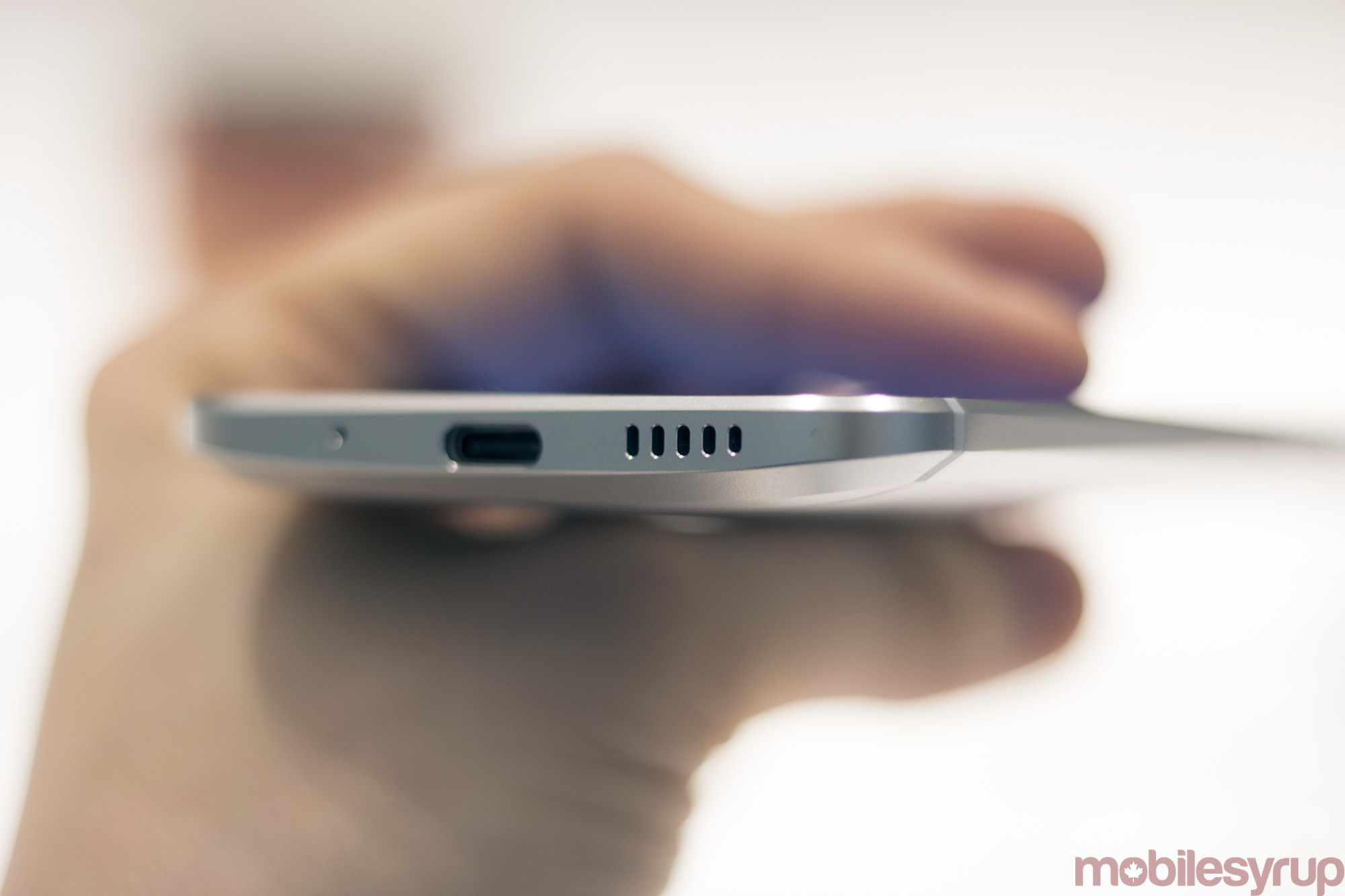 The phone will also reportedly feature closer integration with Google’s ecosystem and during our brief hands-on time with the device, this definitely seemed to be the case. The 10’s Android skin, the latest version of Sense, more closely resembles stock Android when compared to past HTC smartphones.

Furthermore, the company says it has ditched HTC Music and HTC gallery, opting instead for Google Play Music and Google Photo integration. Zoe, HTC’s camera app, however, makes a return in the 10’s software. 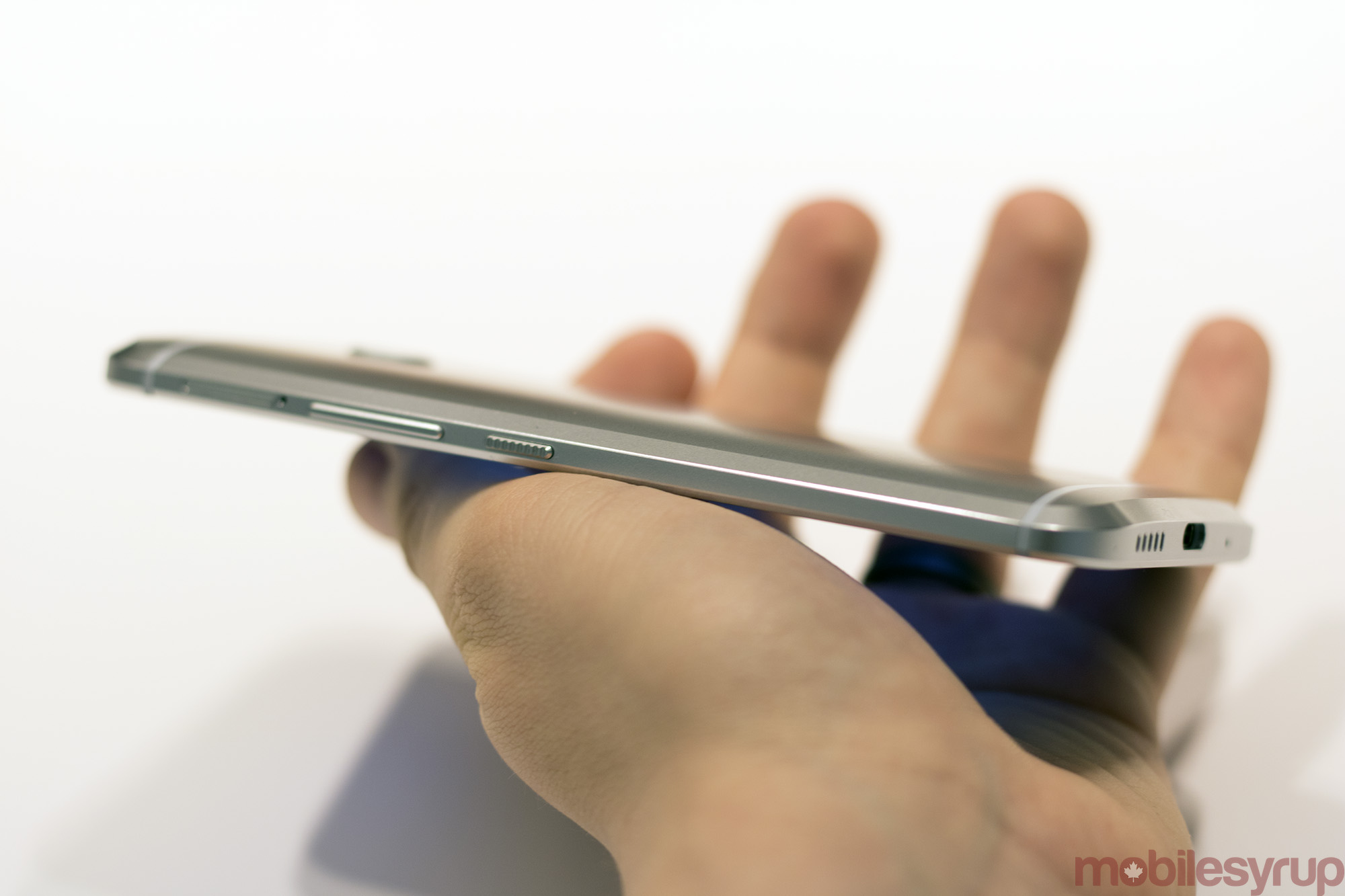 I also tested out something HTC is calling “Freestyle Themes.” These allow users to replace traditional icons with a “freestyle” image, where pressing specific areas of the screen open different apps. While unpractical, HTC’s latest attempt at revamping the traditional smartphone homescreen certainly is interesting.

The Glacier Silver variation of the HTC 10 is set to launch exclusively with Bell in Canada (we’ll update this post with pricing and availability when we know more), thought the company will sell the phone on its website unlocked for $999 CAD. Pre-orders for the phone launch on April 12, 2016, with shipping set for early May.

Only the Glacier Silver version of the phone is available exclusively through Bell. The Carbon Gray and Glacier Silver HTC 10 will be sold through HTC’s website.