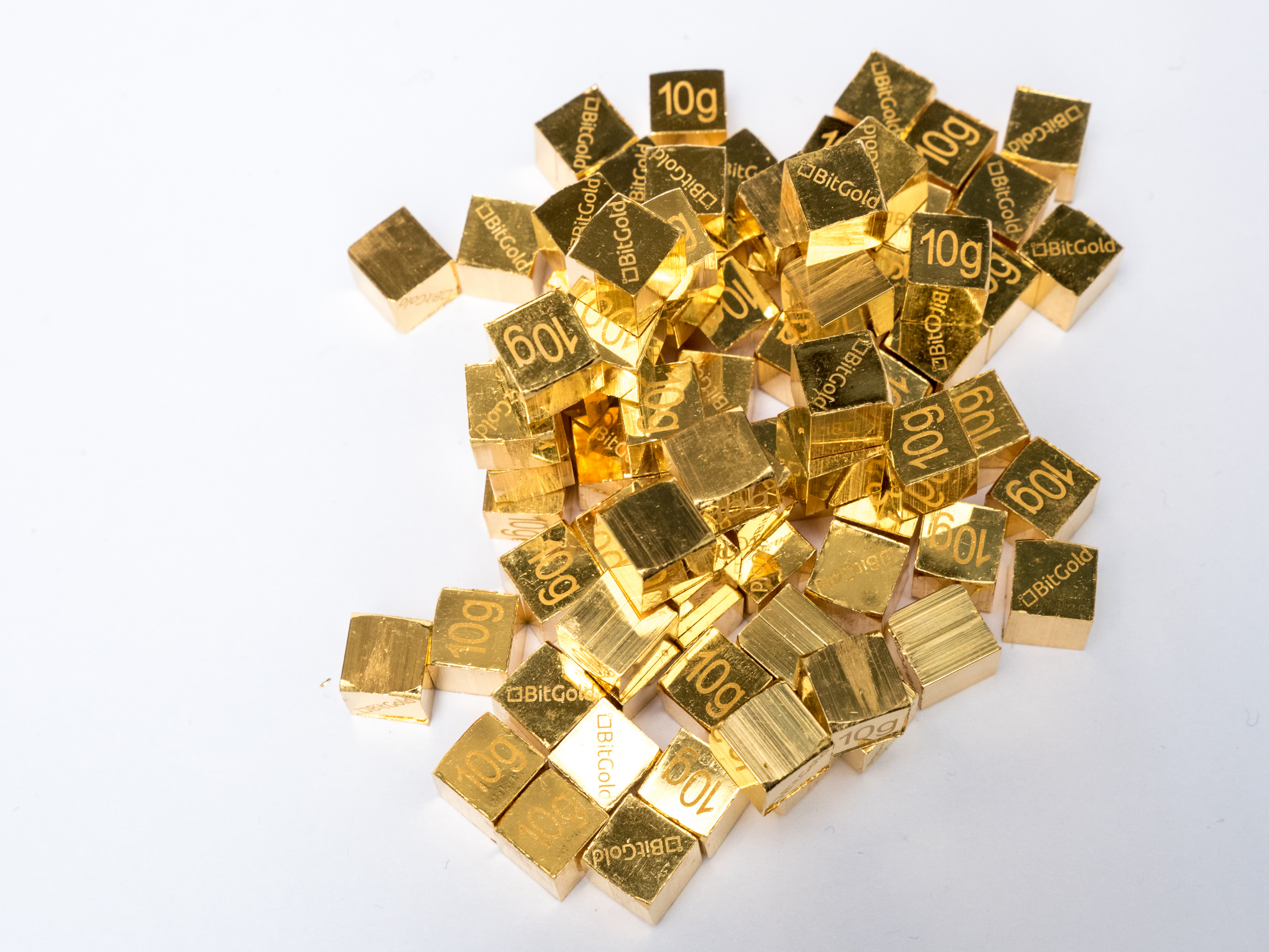 BitGold is the world’s only gold-based payments processing platform. It allows users to acquire and spend gold, which holds its value far better than traditional, more volatile currencies. According to Financial Post writer Jonathan Chevreau, “Gold often zigs when other markets zag,” meaning that it can provide a certain degree of diversification, and on that note, safety.

He uses the example of the 2007-2008 financial crisis when gold assets were among the only ones that rose, as most others fell.

BitGold allows customers to purchase real gold from any of the seven Brink’s locations at major financial centres, and BitGold handles storage payments.

In the 10 months since it launched, the startup has raised over $70 million in funding and attracted more than 800,000 users to its platform. With the introduction of its latest service, BitGold gives merchants the option to request and accept business and consumer payments in gold currency.

BitGold Business Accounts comes with two sub services. These include BitGold Invoices and BitGold Pay — as well as an API stack that will allow developers to plug third-party solutions into the company’s network — which together offer a wide range of business applications including invoicing, payroll, e-commerce and checkout solutions. The service will now allow merchants to transact in over 150 different countries using over 100 different currencies.

To take advantage of BitGold, users must purchase the gold from a funding source of their choice at a cost of one percent of the gold’s spot price before selecting their currency, as well as the Brink’s vault location. They can later sell their gold back using their bank’s currency, again at one percent of the spot price, or amass savings by requesting daily, weekly or monthly bank transfers. They can also redeem physical gold bullion in the form of bars, GoldCubes or in coins.

Once users have at least one gold gram in their BitGold account, they can apply for a GoldMoney MasterCard.