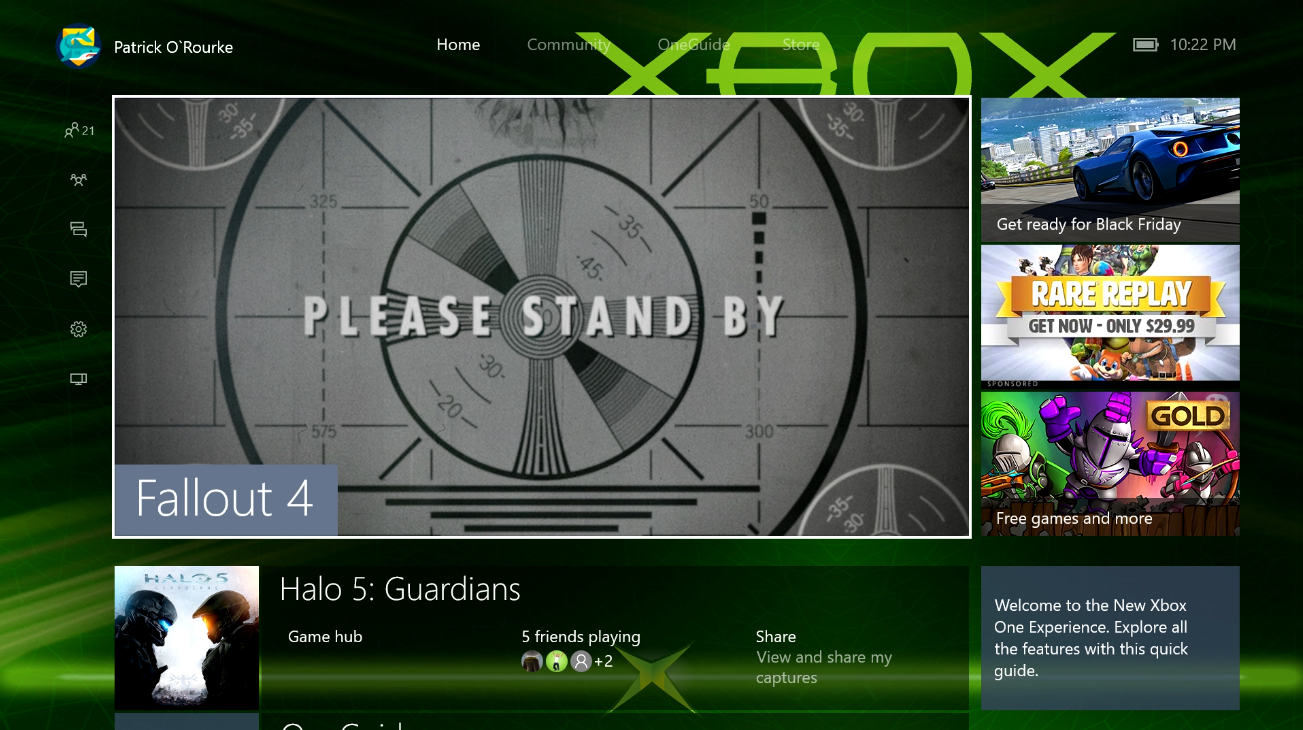 While the Xbox One’s recent software overhaul is far from perfect, it solves a number of issues the console’s operating system has suffered from since the system’s launch in 2013.

It completely revamps the OS’s focus, shifting the Xbox One away from Kinect-enabled voice navigation, bringing it more in line with Windows 10 and Windows 10 Mobile in the process.

“The two things we were most focused on were one, speed, and two, making your overall experience with the Xbox One faster. Things like starting a party and getting to your friends list and navigating around, all take less steps,” said Richard Irving, partner group program manager for Xbox One. “The next thing is that it’s a lot more social, and you’ll see this right on your home screen.’ Irving is the team lead behind the Xbox One’s software redesign and helmed the development of the system’s initial UI.

From a design standpoint, the Xbox One’s new UI has a web-like feel to it, removing the quagmire of windows featured in the previous operating system. While the new Xbox One Experience’s UI is overwhelming  and reminiscent of visiting an unfamiliar website, once you get a handle on its layout the user experience begins to feel more intuitive.

Another significant feature added in the Xbox One’s latest operating system update is backwards compatibility with over 100 Xbox 360 titles, a positively received feature that was announced at this year’s Electronic Entertainment Expo (E3). 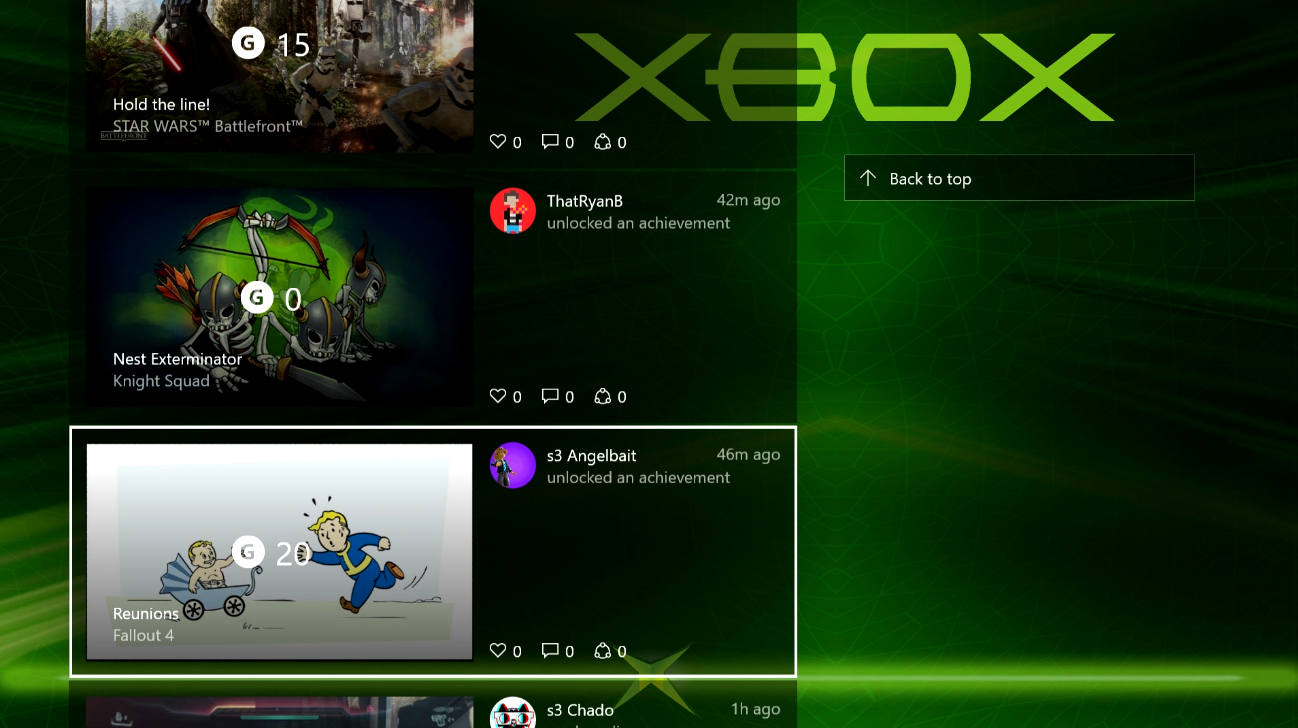 “Going into the launch of the Xbox One we just hadn’t made the technological breakthrough to make [backwards compatibility] possible. We received a significant amount of fan demand for the feature. So we put together a small team of engineers that built this proof of concept to prove we actually can do a full software emulation of Xbox 360 games on an Xbox One, without having to do special things to touch up game functionality like we did with the original [Xbox] games with the Xbox 360,” said Irving.

But the Xbox One’s operating system redesign isn’t just about creating a new UI and backwards compatibility; it’s also focused on updating the Xbox One’s backend to Windows 10 architecture. According to Irving, the console’s under the hood shift helps ensure creating universal Windows 10 applications is a smoother process for developers. However, it’s unclear how many app developers will actually take advantage of this streamlined feature.

Irving goes on to explain that Windows 10’s unified app backend will allow developers to create what he calls “universal experiences,” a term Microsoft also placed emphasis on during its recent Windows 10 devices event in New York.

“We talked a little bit about it at Build (Microsoft’s annual developer conference). This is a core part of our strategy moving forward; making it easier for app developers to target different platforms. In fact, the team that I’m responsible for actually creates some of those apps (like the Xbox Avatars app, for example),” said Irving. 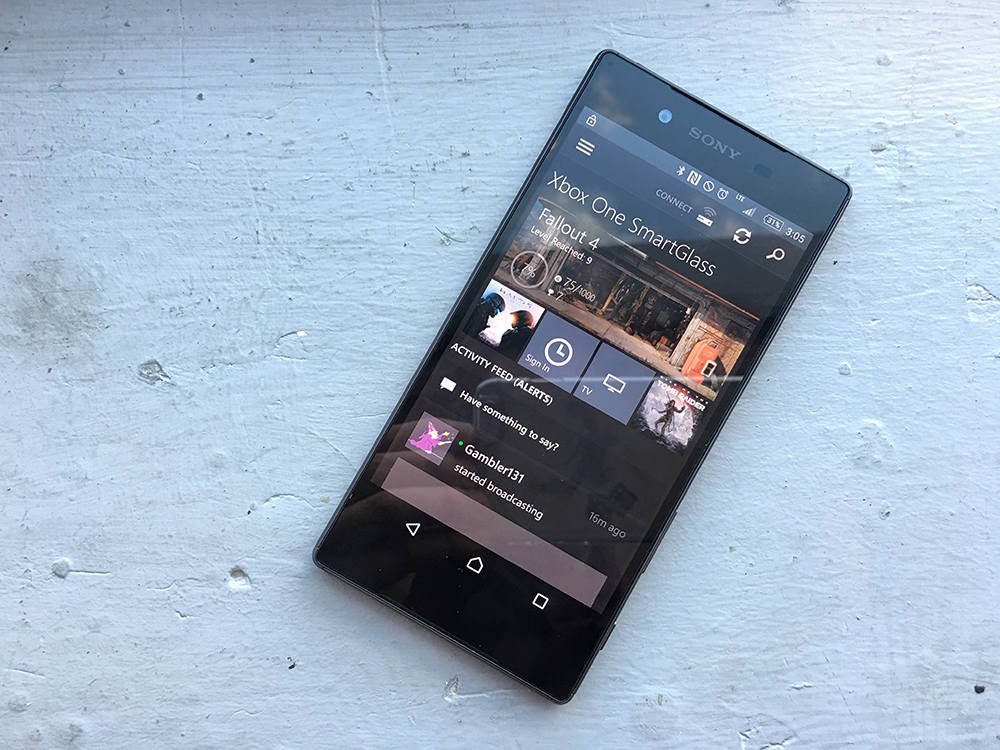 This melding of mobile, PC and console also has additional benefits. Players are able to chat between the Xbox One, Windows 10 smartphones and Windows 10 computer, sharing social content between platforms through the universal Windows 10 Xbox app, including achievements, shared video and screenshots.

While the Xbox One’s new operating system is a step above its predecessor in terms of functional navigation, it unfortunately continues to suffer from lag and freezing issues. More than once during my roughly three weeks with the new OS, the Xbox One froze, often while jumping between apps. Irving says future updates to the Xbox One will solve these problems.

He also mentions that Cortana, Microsoft’s voice-activated Windows 10 desktop and mobile assistant, is set to make her way to the Xbox One at some point in 2016, bringing voice internet searches and contextual search options to the Xbox One. 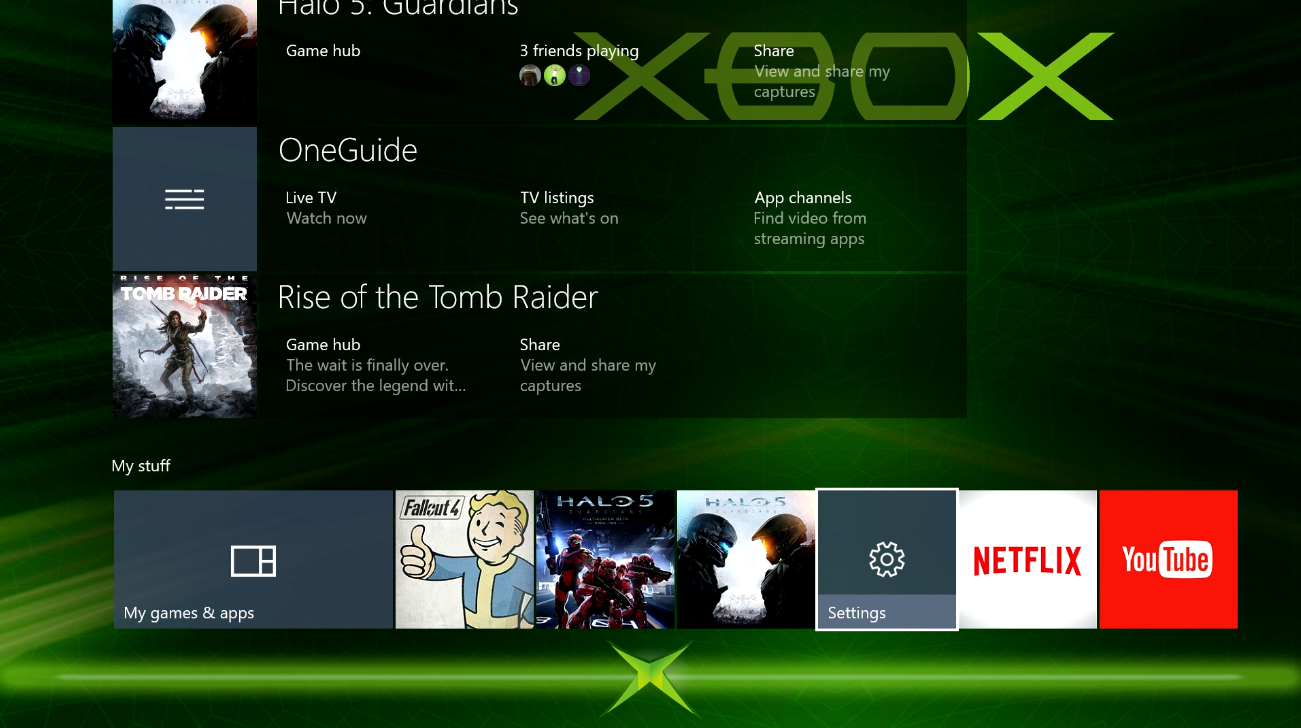 For example, Irving says players will be able to ask Cortana if a specific friend is online without exiting the gaming experience or navigating to a menu.

“What’s really cool about this is this is not the end, it’s another beginning. We’re anxiously awaiting the months to come and the fan feedback we’re going to receive and the things we’re going to go focus on as a result of this feedback,” said Irving.

Microsoft’s “Xbox One Experience” was officially pushed out on November 12th.

Related reading: This Week in Gaming: 343 Industries takes Halo in a new direction with Halo 5: Guardians