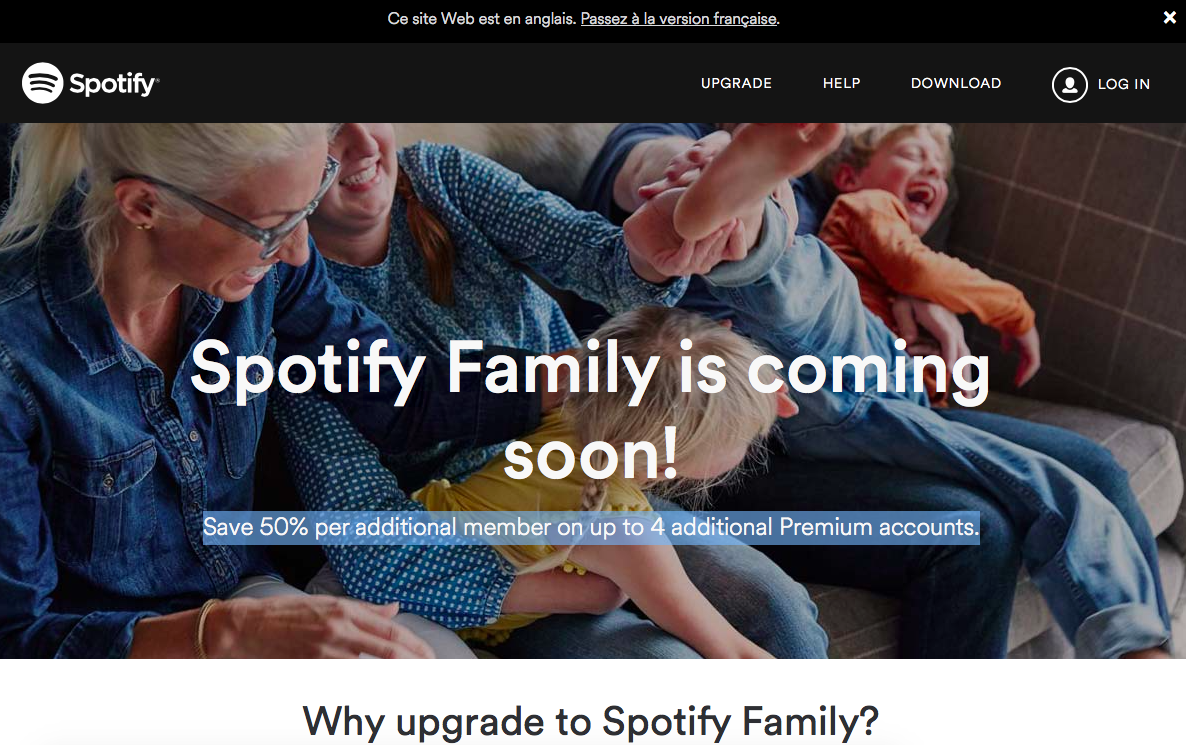 In the near future, Spotify plans to bring its family plan to Canada.

There’s no definitive date yet for when it will launch in Canada, but Spotify’s website does break down the economics of the plan.

Once a single person is signed up for the service at $9.99 CAD per month, related individuals can also gain access to Spotify Premium at a 50 percent discount per person. So, the first person pays full price, then subsequent accounts, up to a limit of four, each pay $4.99 (for a total of $29.99 for a family of five).

Some readers will note that this isn’t the more competitive family plan Spotify promised to bring to market after Apple announced its six member $14.99 per month family plan. In June, Jonathan Price, Spotify’s global head of communications and public policy, told The Verge, “We already have similar family pricing in some markets and we expect to offer competitive pricing everywhere in the near future.”

We’ve reached out to Spotify to find out if the company still plans to bring that plan to Canada.

Thanks Pascal P for the tip!