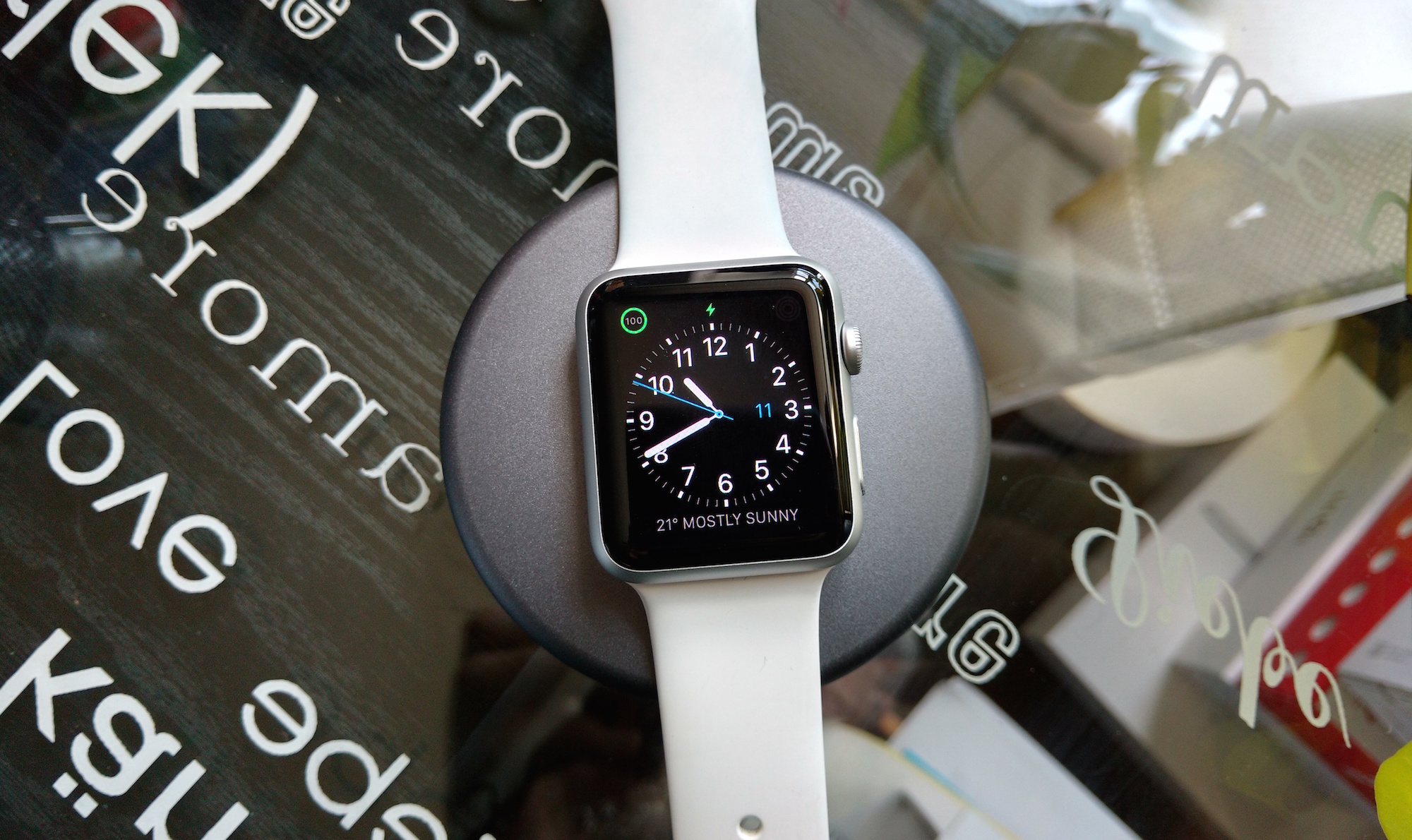 The Apple Watch has a fairly innovative charging system, relying on a combination of the MacBook’s MagSafe connector and wireless Qi charging.

But whereas the infrastructure is sound, the actual implementation, as a blank page to a blocked writer, leaves a lot to be desired.

When Apple developed the Apple Watch, bundling its two-metre cord that somehow seems impervious to tangles, it knew that hardware companies like Nomad would froth at the virtual mouth to solve the charging problem.

There is a slight kink in the fabric, though: Apple does not allow accessory manufacturers to build their own cable into other accessories, forcing them to rely on the original which, at 200 centimetres, is a lot of cord to work with. But they’re not called smart for nothing, birthing solutions like Nomad’s innovative and excellent Pod — simply Pod — to solve that problem.

First, a refresher. I’ve written about Nomad before, mainly because I love their products. Every one, from the keyring-sized NomadKey to the now-indispensable NomadClip, which lives on my bag, has proven truly useful in some way. 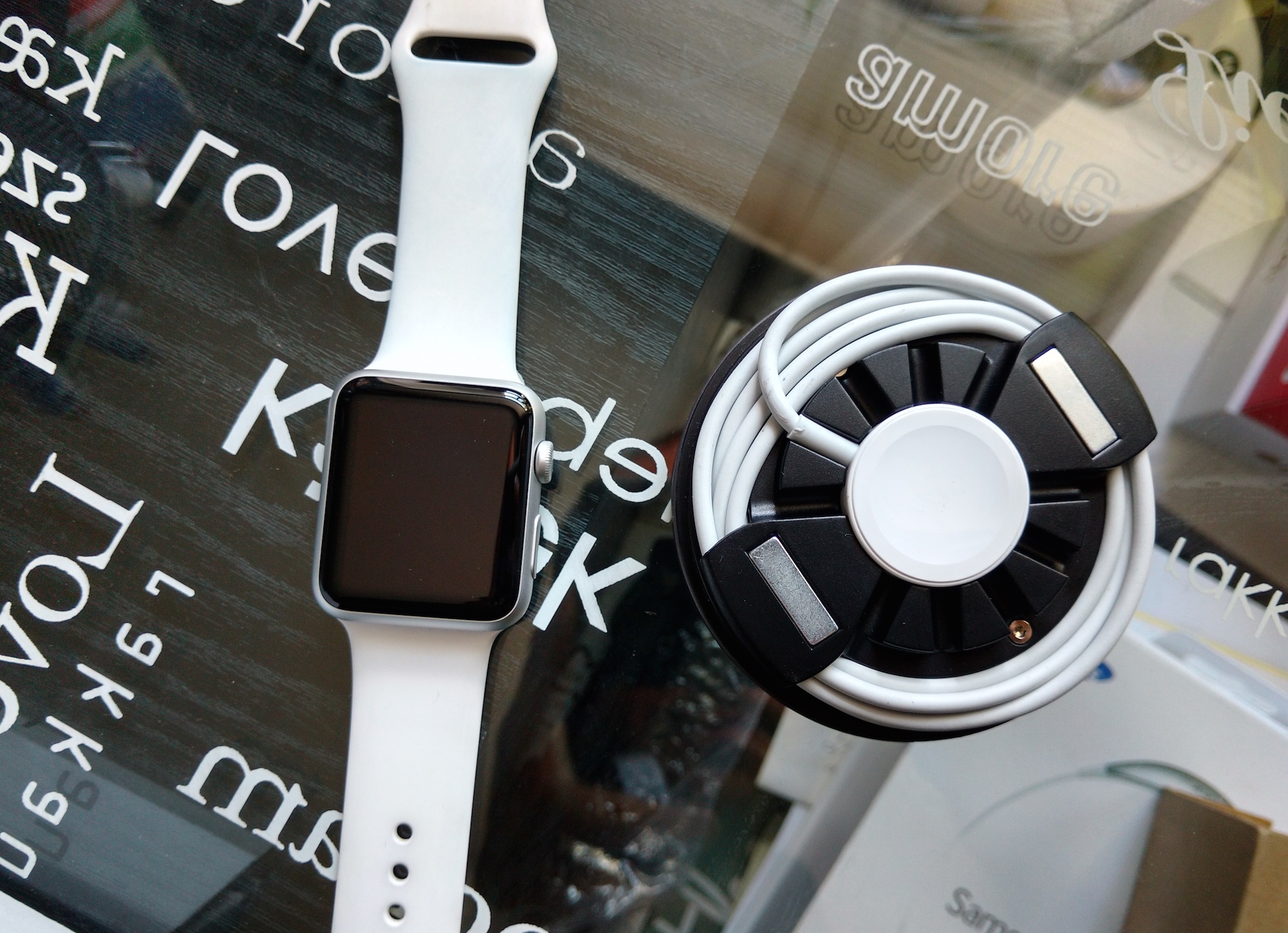 Pod became similarly essential the moment I used it to charge my Apple Watch Sport for the first time. At its core, it is simultaneously a charging station and a portable battery charger. Setup is simple: remove the aluminum cover and wrap the charging cable around the base until there is no more slack. It took me a couple of times to form the tension sufficient to place the head correctly, but it’s a solution that should only need to be performed one; Pod is so portable that I find it unlikely I’ll ever need to remove the cable. (The device accepts both 1- and 2-metre Apple Watch cables, and includes in the box a spacer for the slightly smaller metal charger that comes with the stainless steel Apple Watch.)

Obviously, the other side of the cable plugs into a USB input, and that’s where things get interesting. Unlike the myriad charging stands that merely lift the Apple Watch to a comfortable position, usually aloft and aligned with ones eye line while sitting or sleeping, Nomad Pod contains a rechargeable 1,800mAh battery, sufficient for a half dozen charges of the Apple Watch.

When the Pod has its own power source, in this case via microUSB, it works as a passthrough to the Apple Watch, only charging itself once the Watch has reached 100%. But when off the grid, placing the timepiece on top creates a portable charging solution that can only be described as elegant. 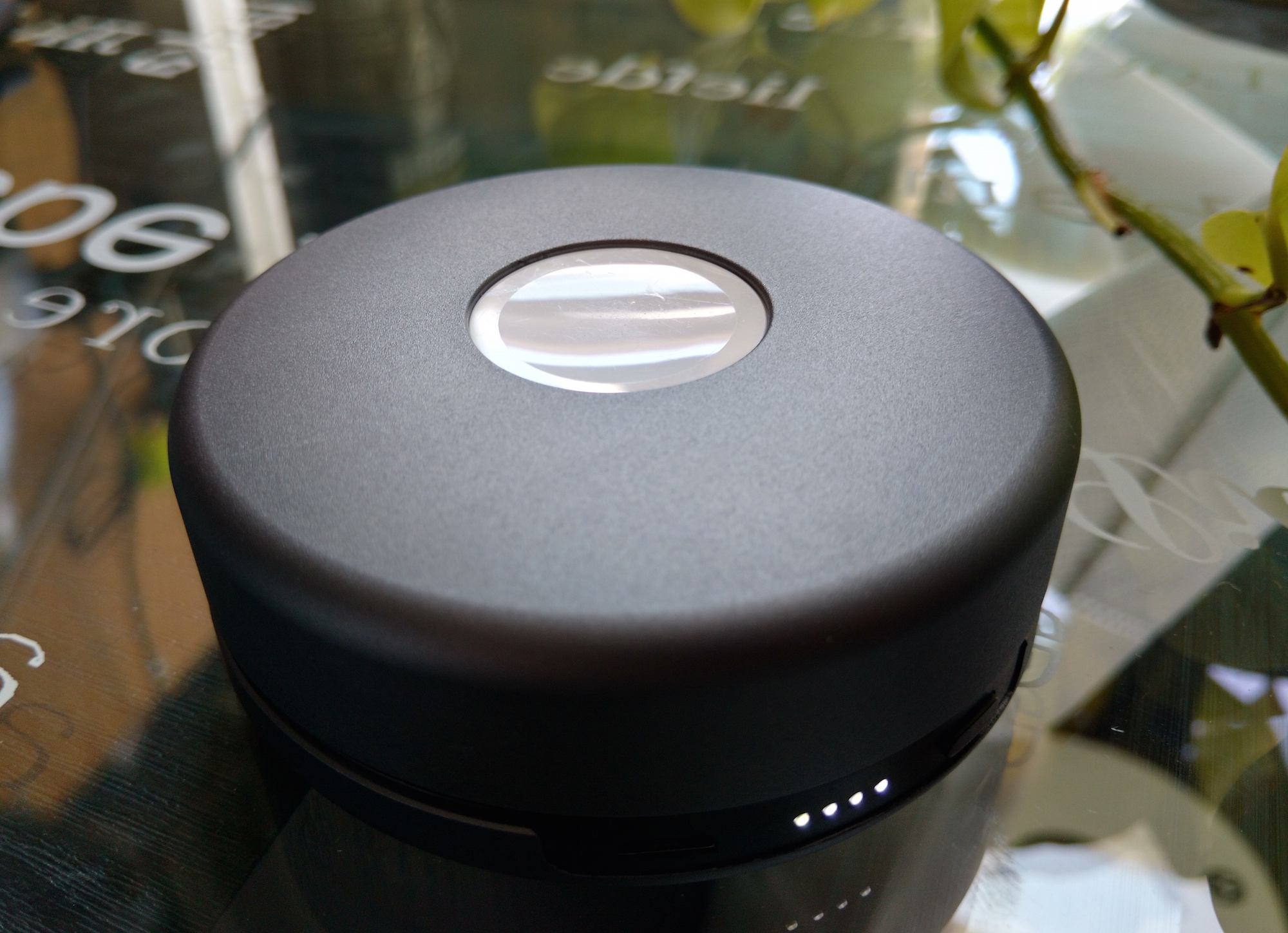 The Pod itself takes around two hours to charge via microUSB, and a small button on the side reveals its power level through four small LEDs.

For $69.95 USD and around $15 in shipping, the Pod comes to around $110 CAD with the current exchange rate (ugh), but you get what you pay for. The unit itself is made of high-quality machined aluminum, and will likely be the only charger you ever need to buy for the Apple Watch.