Nomad ChargeKey review: My most-used accessory is a $25 charging cable 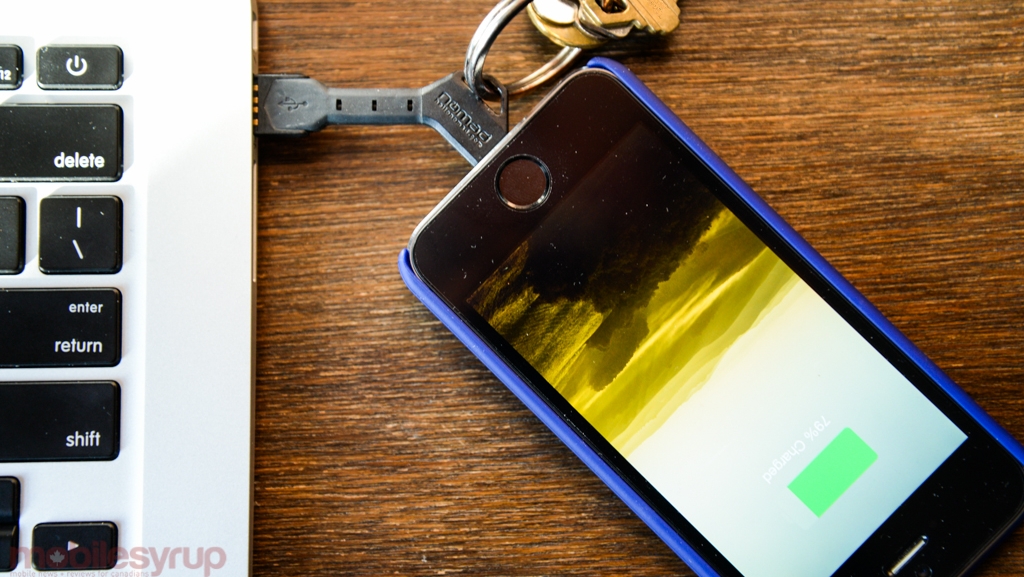 My most-used accessory is a $25 charging cable called ChargeKey. I’m not sure how it happened, but it seemed easier than digging into my bag for another cable I’d almost certainly misplace. My keys are always in my pocket, and my laptop is almost always open, so 1+1=2, I guess.

The ChargeKey is Nomad’s second product after the unbelievably useful (and another favourite accessory) ChargeCard, which performs the same function in a credit card form factor. While I tended to use the ChargeCard only when a spare cable was not close at hand, ChargeKey has fit into my regular workflow in a way its predecessor never could.

ChargeKey’s beauty is in its versatility: it’s thin, light and extremely durable, made of a flexible rubber that bends without tearing. Though the USB portion only enters its port in one direction, Apple’s Lightning adapter is dual-sided, so it’s always possible to orient your device, whether an iPhone, iPad or iPod touch, in a way that faces up.

Sadly, this won’t be the case with the microUSB version (at least until the next generation product is released), but the product can bend, largely negating that limitation.

Another advantage of Apple’s Lightning design is its ability to latch on; I’ve left my iPhone hanging from a wall charger three feet above ground, confident in its ability to defy gravity. Not once has my iPhone fallen, though I’d be a little less confident of the same result with an iPad mini or iPad Air. 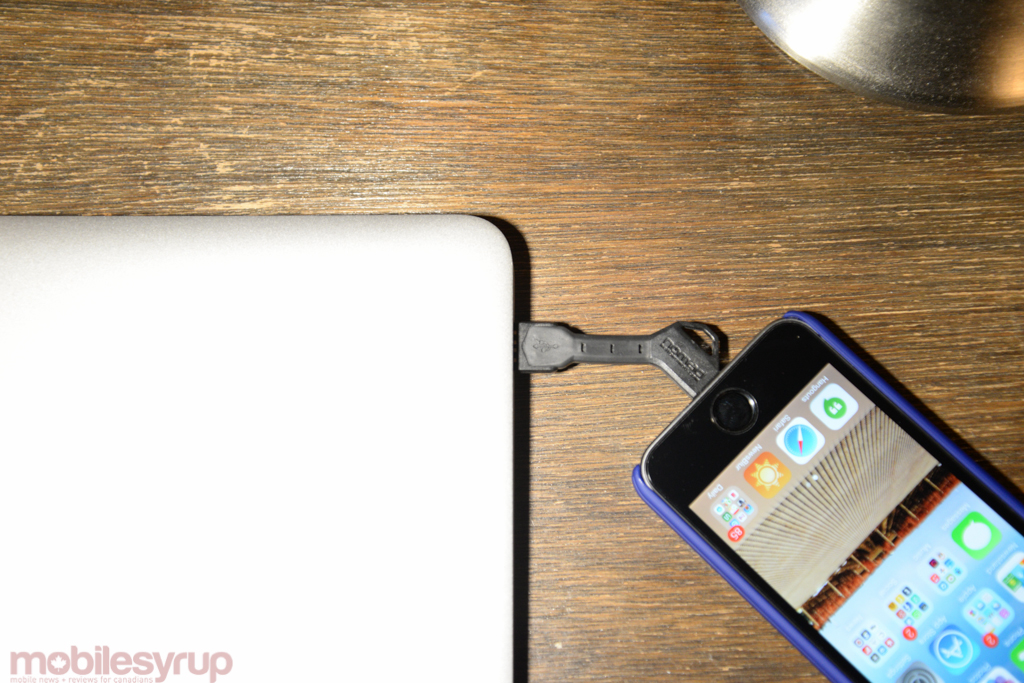 Yes, the ChargeKey’s biggest issue is its need for a USB port; though it supports devices up to 3.1A, which means it will charge an iPad Air at full speed, users will have to find a compatible AC adapter or USB input for the actual charging. I tend to use my MacBook Air, but a tiny iPhone adapter should do the trick without adding too much bulk while traveling.

Nomad says it is working on fulfilling shipments of the Lightning ChargeKey, but they are currently backordered to the end of February. As for a microUSB version, that’s coming, too, but the company won’t give a specific date.