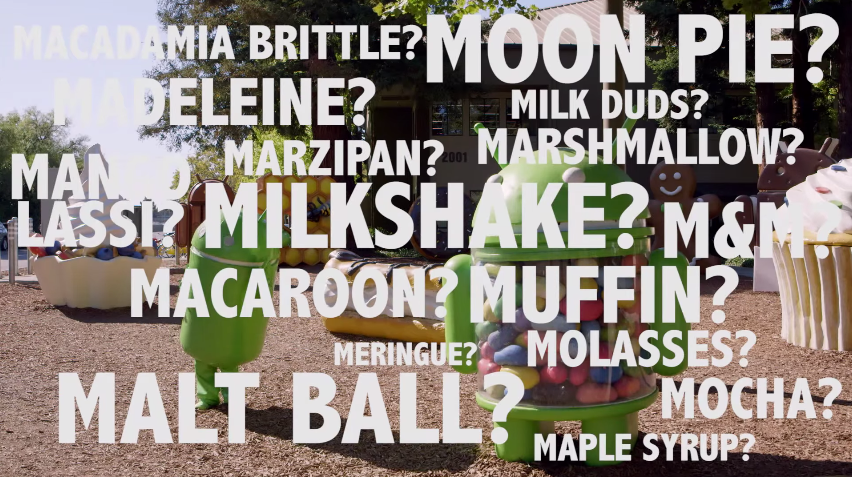 Google’s teaser team is back to prep the unveiling its next big Android update, Android M.

There has been speculation as to what will follow Lollipop, with suggestions as broad as Muffin, Macaroon and Marshmallow. Today, the company has posted a teaser video with the big question, “What’s M Gonna Be?”

We will most likely see the official name of Android M with the release of the new Nexus devices, which are tipped to arrive in October from LG and Huawei.