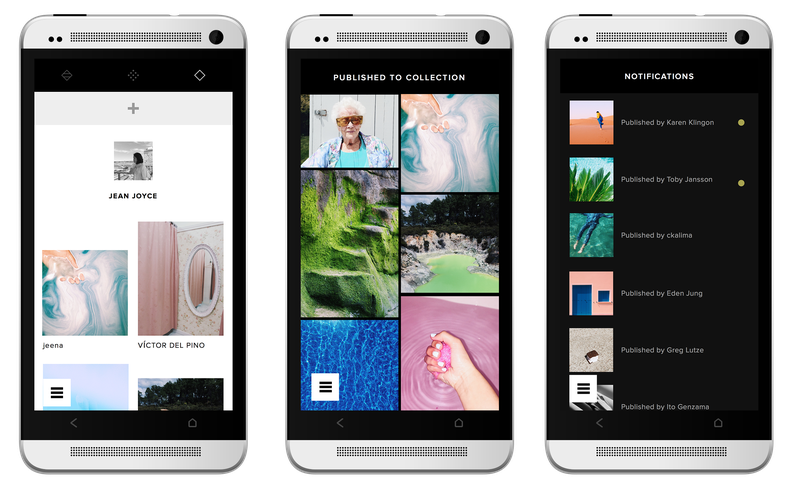 The already excellent VSCO Cam app for Android and iOS just got a new update that adds a nifty new community feature.

Called Collections, this addition allows users to create their own curated sets of photographs. In many ways, it’s like the app’s already existing Grid feature, but instead of being managed by Visual Supply Company, it’s up to users to decide who and what they want to highlight.

Adding a photo to a personal collection is straightforward. After navigating to the app’s explore section, double-tap on an image to save it to the VSCO Cam library. Once you’ve saved a couple of images, visit your library and tap on an image you would like to publish to your collection. Lastly, press the arrow on the bottom of the screen.

Any photos you add to your collection will be automatically be attributed to the right photographer.

“We take curation seriously,” said Joel Flory, VSCO’s CEO and co-founder, in an interview with The Next Web. “It has been a key form of human inspiration and expression and is a key component of how VSCO goes about things. But it’s been something that’s been missing for the community at large to engage in. We are really excited to see how the community will ultimately respond to the ability to curate VSCO images to their profile.”

Download VSCO Cam from either the Google Play store or iTunes App Store.