This Toronto-made accessory turns any smartphone into a 3D camera 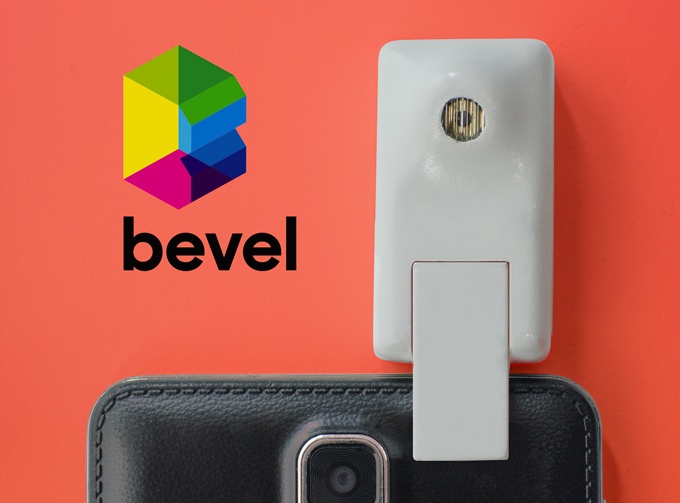 If you’ve ever wanted to take 3D photos with your smartphone, a Canadian startup might just have the solution for you.

Toronto-based Matter and Form is currently taking its latest accessory, the Bevel, an accessory that turns any smartphone camera into a 3D, through Kickstarter.

Taking a page from the Square Reader, the Bevel connects with a mobile device using its headphone jack. As a result, the accessory is able to work with almost any Android or iOS smartphone or tablet. Once the company’s free app is installed on your smartphone, it’s possible to upload any 3D photos you’ve taken with the Bevel to a social media network like Instagram. More importantly, the company claims that the laser the Bevel uses to scan an object won’t be damaging any eyes.

Seen below are a couple of GIFs that attempt to convey what the 3D images look like. The company says that the software it uses to render these images is still in development, which is to say that image quality should improve as the device gets closer to its release date.

The least expensive tier that includes the Bevel is $49.99 USD, which includes the accessory itself (in white or black), a mini USB charging cable, one calibration card and the company’s Cashew app.

“When it comes to communicating visually, photos are great and video is even better. But the problem is we don’t live in a flat, two-dimensional world. It’s not our native dimension,” says the company’s Kickstarter page. “When we communicate with ordinary photographs, we’re never really telling the whole story because the fact is, a photograph just isn’t the whole picture. But together, we can change that.”

Check out the Bevel’s Kickstarter page here. The company expects to start shipping the accessory in early 2016. As of the writing of this piece, Matter and Form has raised $62,595 of its $200,000 goal. The campaign has 29 days to go before it closes.