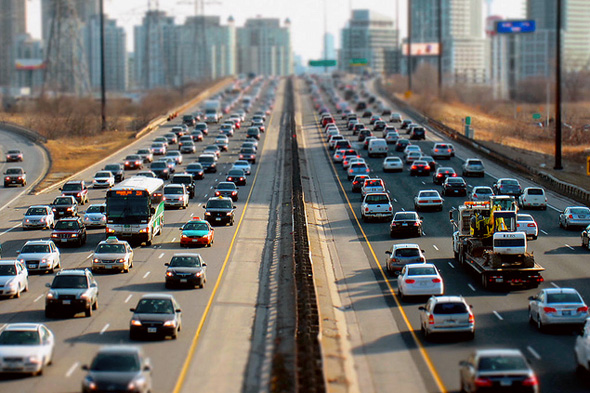 To combat frustration with Toronto’s growing congestion problems, Toronto Mayor John Tory unveiled a plan this week to use traffic data to better understand “how, where and when people travel.”

“The availability of travel data has improved dramatically over the past few years and is at a point where the City can – and should – be using it to better understand travel patterns, evaluate [its] investments and monitor performance,” said Mayor Tory. “With this information, we can get Toronto moving smarter. This will be a game changer and will establish Toronto as a leader in running a truly smart city.”

The announcement came shortly after TomTom released a report that said Vancouver, Toronto and Ottawa were the most congested cities in Canada. Tory said he was “embarrassed” when he visited the TomTom website and found a live map of Toronto’s most congested routes, a feature the city hasn’t implemented on its own family of websites.

In an attempt to solve this and other congestion related problems, the city’s Transportation Services department has created a “Big Data Innovation Team”. While the city hasn’t said how many city workers will be on this team, it has said that for the first few months the team will be solely dedicated to “developing a strategy for how the City can and should use big travel data to improve travel by all modes.”

The Big Data Innovation Team will partner with McMaster University — the initiative was announced at Ryerson University — to analyze historical travel patters on highways and streets. It will also work with the TTC to “identify operational improvements to further improve streetcar service.”

Finally, in September the city will host an open data hackathon that it hopes will help it develop additional solutions.

“Learning about how we can better use travel data – by all modes – is a huge step forward,” said Councillor Jaye Robinson, Chair of the City’s Public Works and Infrastructure Committee. “We need to be investing in projects that tap into the power of big data. This type of work will serve as a foundation for improving commutes for all Torontonians, whether you travel by transit, bike or car.”

Toronto might be the home of a Netflix production hub