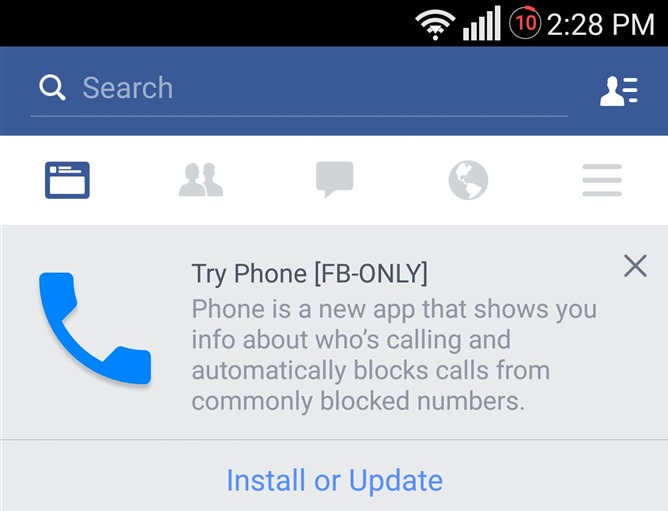 Just because WhatsApp is already working on voice calling, that doesn’t mean parent company Facebook can’t experiment with a phone app of its own. Word on the street says Facebook is testing a new feature called ‘Phone’ that helps users better manage their phone calls.

AndroidPolice reports that it has received screenshots from a couple of people regarding the aforementioned feature, which is currently tagged [FB-ONLY] and has seemingly been pushed out by accident to some users. The screenshots describe an app that shows users information about who’s calling them and automatically blocks calls from commonly blocked numbers. The screenshots don’t give much away but we’re liking the idea of an app that could potentially show you a snippet of someone’s Facebook profile as a form of caller ID.

Now that Facebook has multiple standalone apps (one each for its social network, messaging and Facebook’s Groups functionality), it’s not really surprising to hear the company is working on other applications. That’s not clear is if or when this app will see a public release.

Vonage Mobile launches with free Canada and U.S. calling for a limited time

Bolt for Android is a dialler replacement with VoIP aspirations