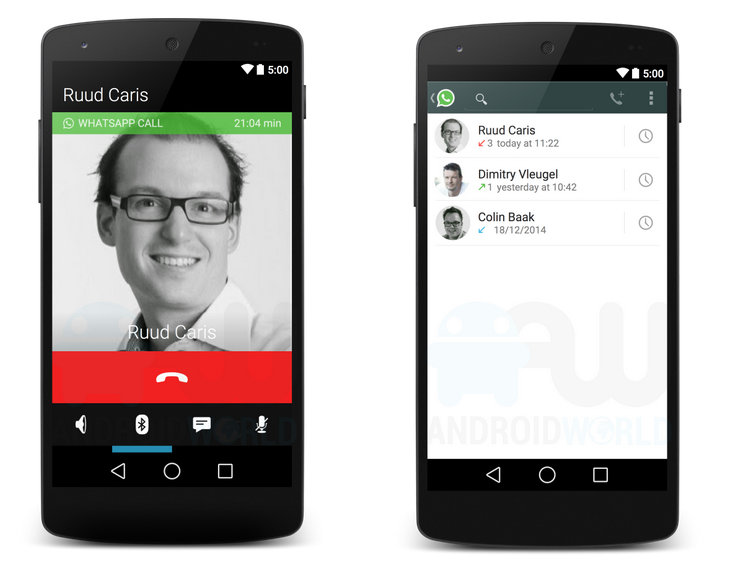 WhatsApp has been very open about the fact that it has been working on adding voice calling to its popular messaging application. The company’s CEO confirmed that it was working such a feature this time last year. Jan Koum said this feature would arrive in Q2 of 2014. However, technical issues forced a delay, with Koum explaining that the company was still trying to figure out the feature’s usability in areas of poor service. The app also didn’t have permission to access to the necessary hardware (like mics). In October, he gave a revised release date of “early 2015.”

Fast forward a few months and users in India are reportedly starting to see evidence of voice calling in their versions of WhatsApp. TechCrunch points to a thread on Reddit where multiple users have reported seeing an option to call contacts within WhatsApp. Though many of the screenshots of the update have been removed because they contain personal information, the video demonstration below shows that the final version of WhatsApp’s calling feature looks a lot like these mock ups from late December, which were produced by AndroidWorld.nl.

WhatsApp has yet to offer any confirmation or comment about when we can expect this feature to roll out to all 700 million of its users. The company just last week announced WhatsApp Web, which allows users to message from their desktop computer or laptop through the Chrome browser.