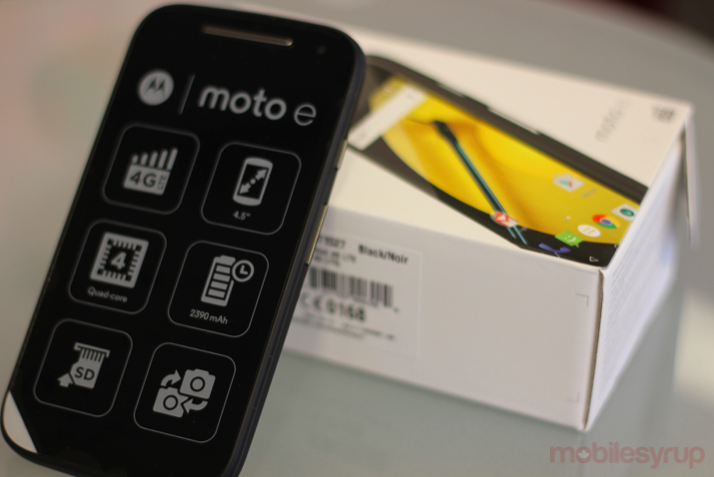 Update: We have a winner winner, chicken dinner! The Moto E has been awarded to long-time reader “canucks4life.” No worries if this is not you as we currently have more contests happening now and more to come.

The second-gen Moto E was recently launched in Canada and this entry-level Android comes with several improvements over the original, specifically LTE connectivity.

The Moto E is a solid smartphone that packs in some respectable specs for its price point. Powering the device is Android 5.0.2 Lollipop with a 1.2GHz quad-core 64-it processor, a 2390 mAh battery, a 4.5-inch display (960×540 resolution), and a 5MP rear-facing camera.

The Moto E is currently available at TELUS and Videotron and will be coming to chatr, MTS and WIND Mobile sometime this spring.