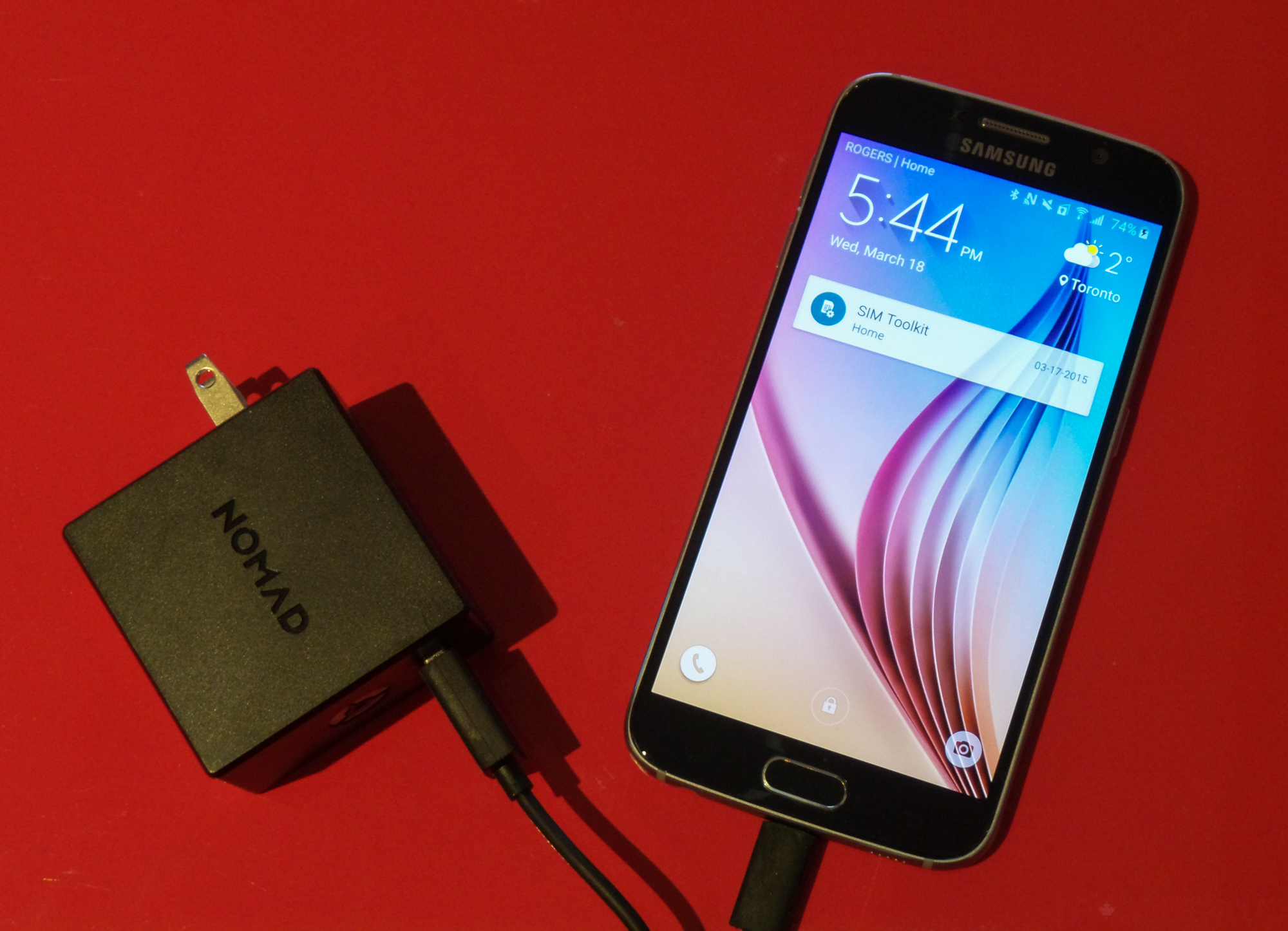 Like a Matryoshka doll, good design builds on existing foundations of good design. With NomadPlus, the company saw an opportunity to take an accessory that over half a billion people own and carry with them daily, the iPhone AC adapter, and nest it within a battery pack.

The NomadPlus, therefore, has a very specific purpose: to combine the potential for power generation with the opportunity for portable storage. A user inserts the existing iPhone AC adapter, with its USB entry, into the NomadPlus,  which then reproduces that functionality from its own opening. But inside the black plastic housing is an 1,800mAh battery cell, enough to charge an iPhone 6 to roughly 70%. 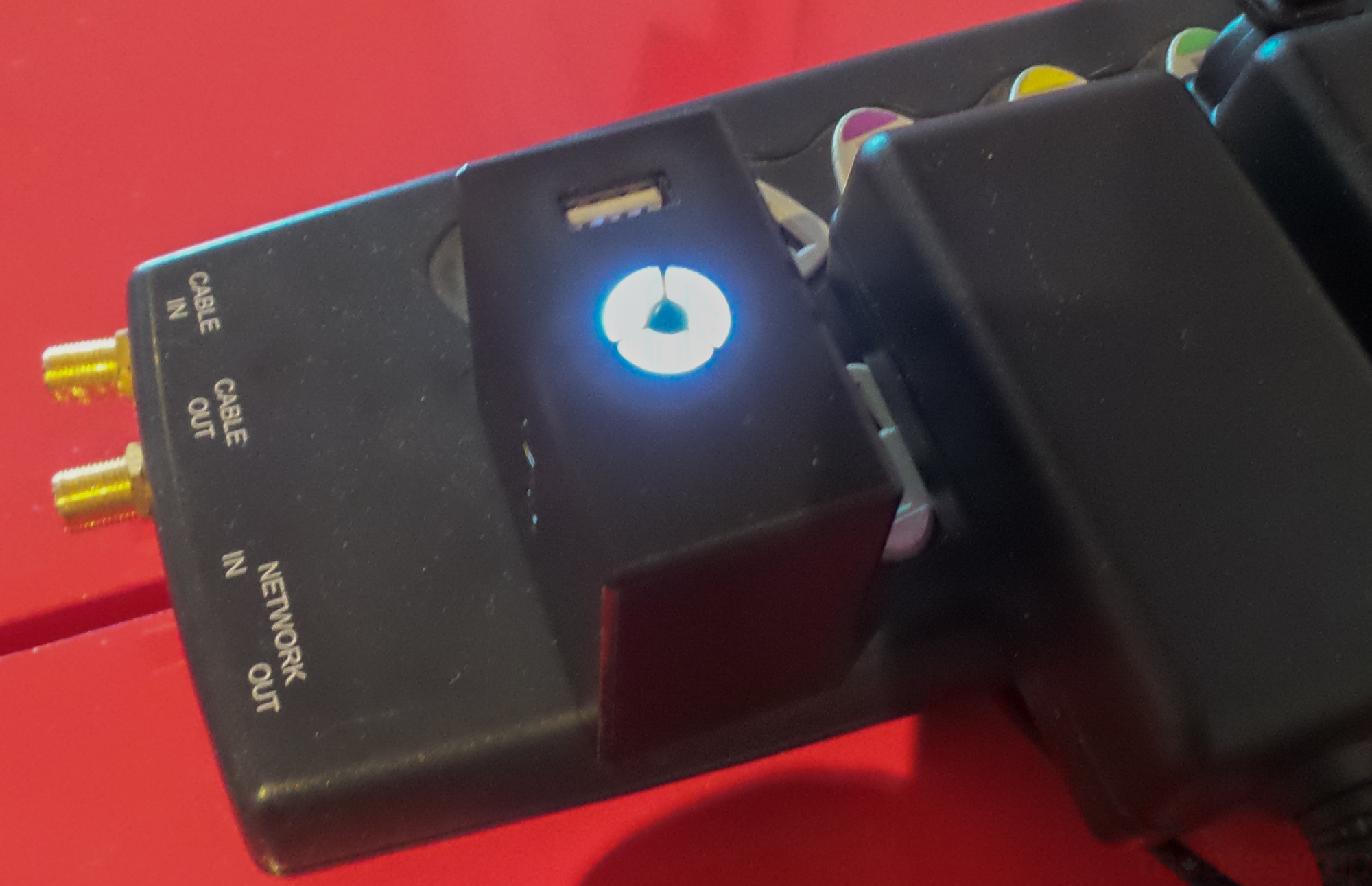 Even with no grid source of power, NomadPlus offers a battery boost to any USB-compatible device — not just the iPhone — without altering any existing equipment. And when the battery is depleted? It uses the nested AC adapter to charge itself. Like other Nomad products, its simplicity obscures a very unconventional proposition: the augmentation of single-purpose utilities without inexorably altering their function. 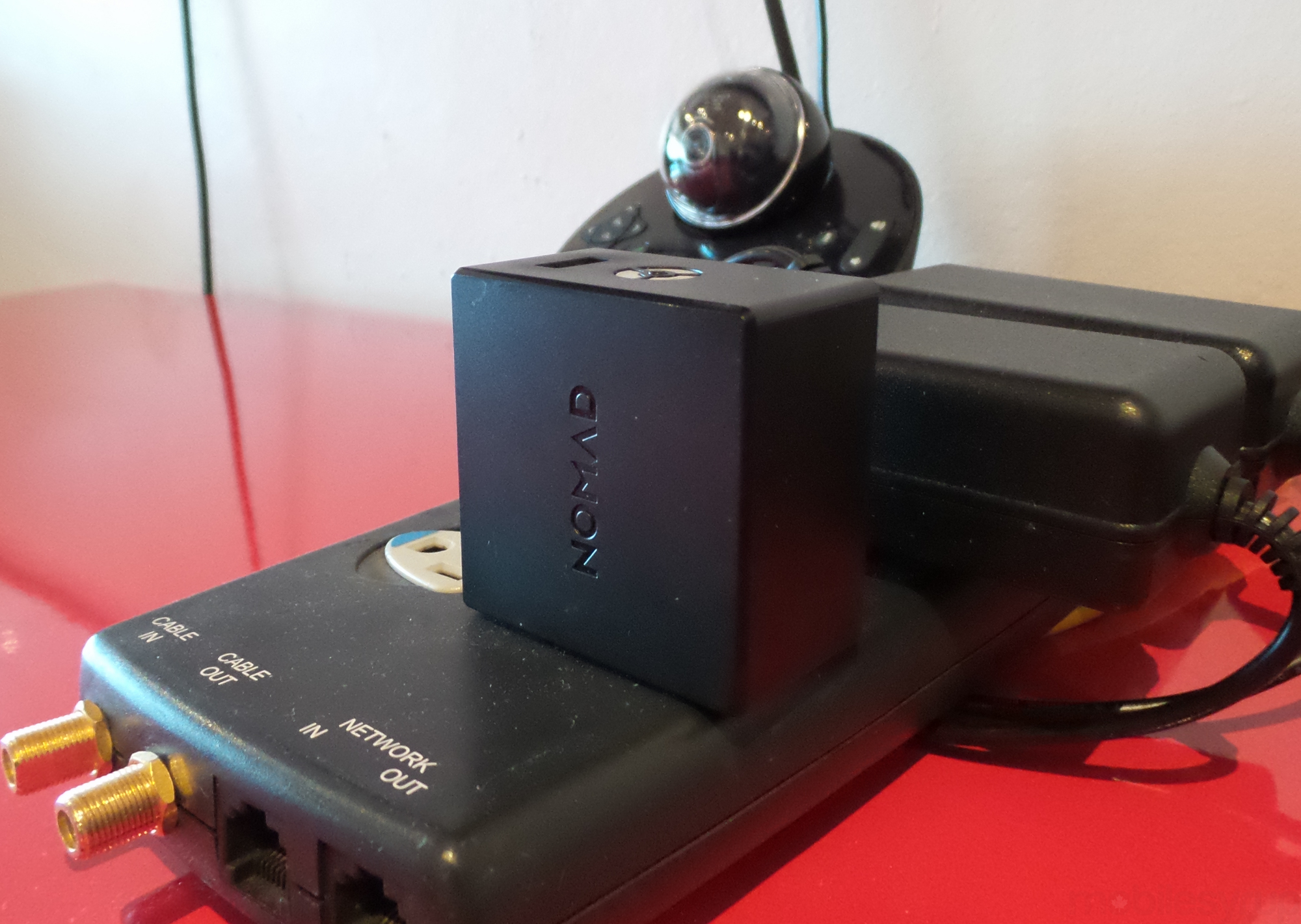 The adapter is limited to the speed at which the iPhone itself can be charged — 5V at 1A — so it may not charge other devices at their top speeds, but Nomad’s audience here is obvious.

Similarly, the newly-redesigned NomadKey (once called ChargeKey) belies a very obvious incantation: “do no harm (to one’s existing daily routine.”) Though the first-generation versions were woefully lacking in robustness — I managed to snap the clips of around eight Keys before giving up completely — Nomad seems to have created a very capable product in its second incarnation. 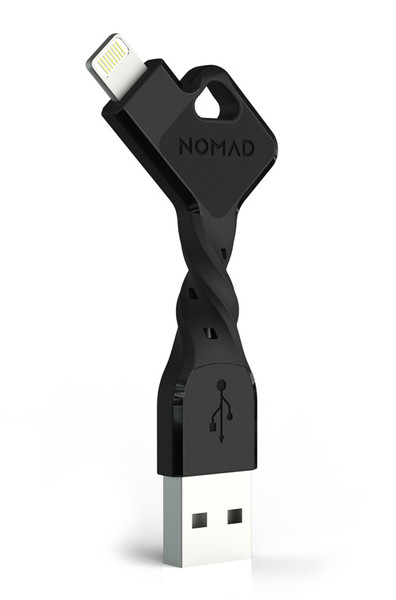 Attached to any keychain or clip, the NomadKey comes in either microUSB or Lightning versions, with a regular USB 2.0 clip on the other side. While this, like all Nomad products at the moment, limits throughput to the 480Mbps limit of the USB 2.0 spec, it can offer a full 2.5A for microUSB (its max) and 2.5A to Lightning (its max, too). In other words, it functions no differently (in a good way) than the USB cable that came with your phone.

Unlike the Clip, NomadKey is not for everyone — I often see people scoffing at its austerity — but I’ve found myself without a charging cable many times, only to realize I had one in my pocket this whole time.

Both the NomadKey and NomadPlus are niche, but in my view, perfect for travellers. They’re well-built, reasonably-priced and damn near invaluable should one need to top up on the go.

NomadPlus is available through the company’s online store for $39.95 USD.

The NomadKey is available through Amazon.ca, $29.95 CDN for the Lightning version and $24.95 for the microUSB variant.