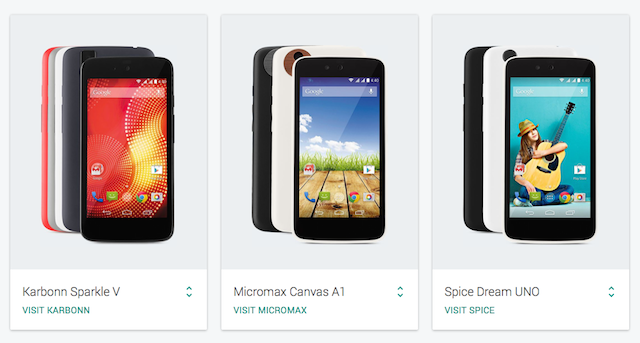 Last summer, Google announced Android One, a reference platform for OEMs building phones for emerging markets. Its purpose was to deliver low cost smartphones with the latest version of Android to consumers in developing nations. The first Android One handsets started shipping to users in India last fall.

We haven’t heard much about Google’s progress with Android One, but that doesn’t mean there isn’t a lot of work going on behind the scenes. According to The Information, Google is planning to expand the Android One platform to cover the cost of data consumed via certain applications. Mobile data is often prohibitively expensive for users in the developing world and The Information reports that Google wants to partner with carriers to reduce the cost of owning a smartphone for the end user. This is a process called “Zero Rating,” process ostensibly banned in Canada.

This wouldn’t be the first time Google has covered the cost of data for users. The company has partnered with carriers to offer a monthly data allowance for Chromebook users for their first two years of ownership. If this rumour bears fruit, it’s very unlikely Google will start covering the cost of data consumed using Gmail or Hangouts for North American users.