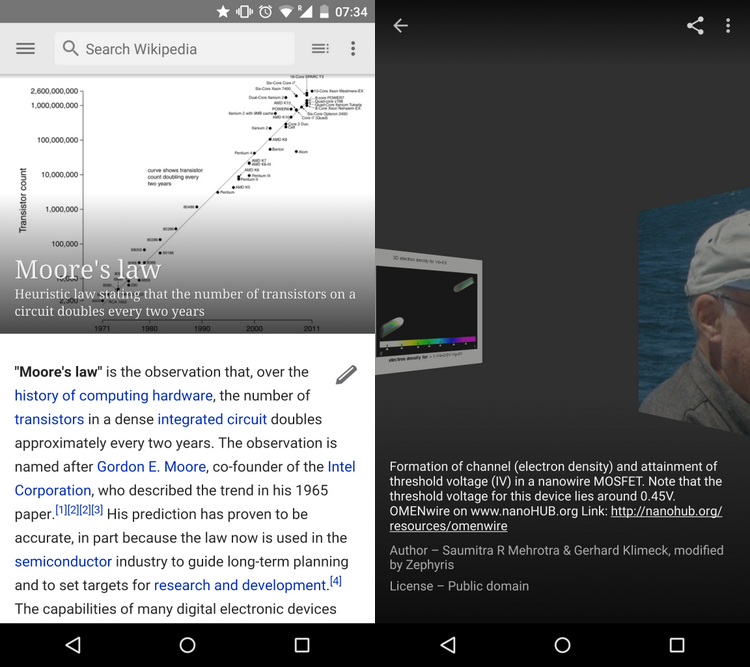 Wikimedia has rolled out an update to its Android app that brings a new Material Design look as well as some additional functionality that should make for a better user experience on mobile.

To start with, each article now features a large, contextually-relevant lead image right at the top of the page (this doesn’t apply to the featured article that you see when you launch the app). Users will also be able to scroll through photos by clicking on one image and then swiping through a gallery-style collection of all the photos contained within that article.

According to TechCrunch, Wikimedia is hoping these enhancements to how Wikipedia deals with images will boost user engagement. Presumably the same reasoning is behind the decision to add read more suggestions at the bottom of articles. Once you reach the end of an article, Wikipedia will give you three suggestions. Wikimedia didn’t offer information on how the suggested topics are generated.

This, as you can imagine, leads to quite the rabbit hole experience. We searched Samsung, and the first suggestion was for Samsung Gravity, a series of feature phones from about seven years ago. Then we were told to go read about the Samsung Rant, a Gravity-type phone made exclusively for T-Mobile, which then led us to an article about Sony’s VidZone video service, and then music-streaming service Rara. This led to articles on MusicStation, and then Omnifone, and then back to MusicStation, which is something we’ve noticed with the suggestion feature — if you keep hitting the top suggested article, you’ll eventually hit a wall that just bounces you between the same two articles over and over. 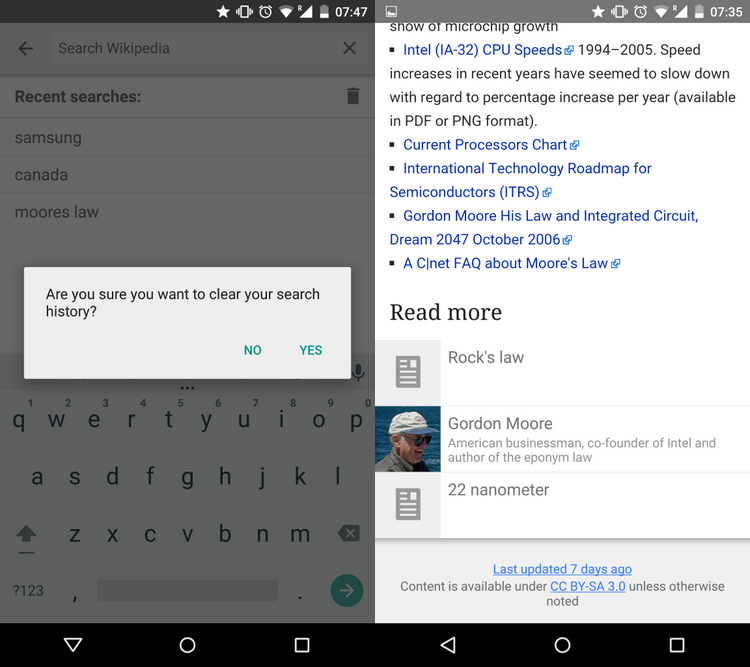 In addition to this new time suck feature, Wikimedia is also improving search with quick descriptions below results. It’s also now showing previous searches in a drop down menu when you tap on the search field, just in case you want to revisit a query from before. Though there doesn’t seem to be any way to turn this off, you can clear your search history by tapping the little garbage can that pops up at the top of your recent searches list.

The updated version of Wikipedia is live on the Play Store right now and and the same update will hit iOS at some point in the future, too. 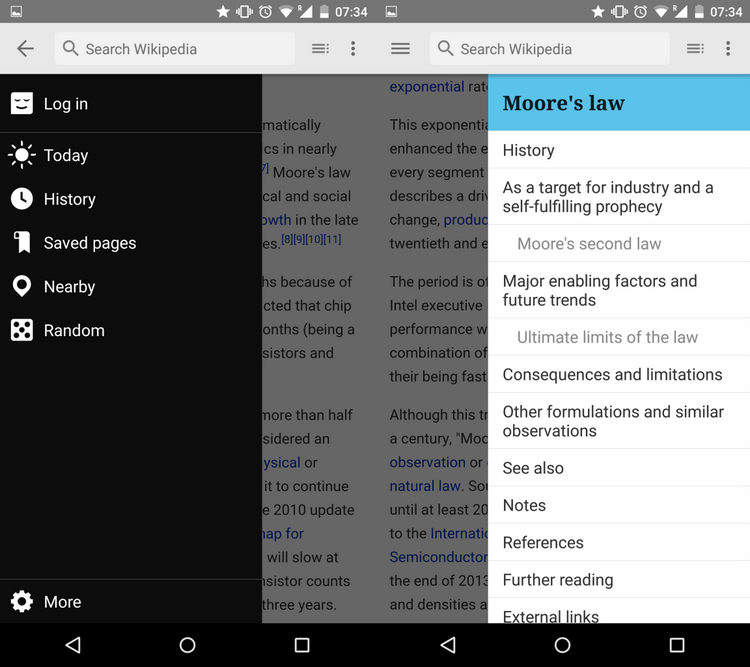