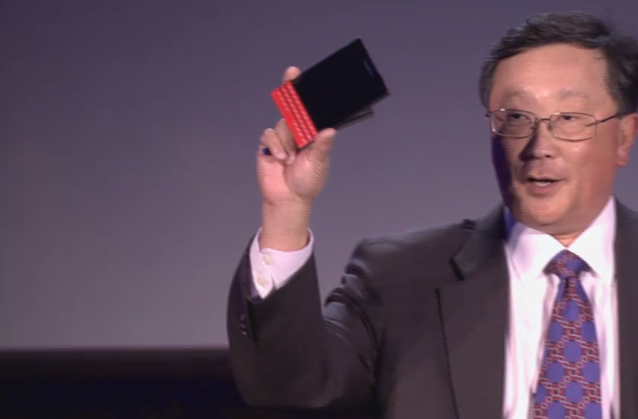 When BlackBerry announced the Passport, the device was shown off in both black and white. Unfortunately, the black version was the only one available at launch. On Friday, the white model went up for pre-order on Friday priced at $699 and it looks like the red version is right behind.

Adding some festivity to Shop BlackBerry is the red Passport, which is also priced at $699 off contract. The black version, as you can see in the screenshot below, currently costs $599. Both the red and white are expected to ship out to customers on December 7th.

“We are thrilled with the positive reception the BlackBerry Passport has received since we launched in September,” BlackBerry CEO John Chen said in a statement released today. “The introduction of the red and the white BlackBerry Passport colours underscores our commitment to break through the sea of rectangular-screen, all-touch devices, offering different styles that meet mobile professionals’ personalities.”

Candy cane colour scheme aside, the red and white Passport are identical to the black version. They both feature the same 4.5-inch 1440 x 1440 pixel IPS display, along with a Qualcomm Snapdragon 800 SoC clocked to 2.2GHz, 3GB of RAM, 32GB of internal storage, a 13MP rear-facing camera, a 2.1MP camera up front, and a 3,450mAh battery.

Update: BlackBerry has increased the price of the unlocked Passport in Red on ShopBlackBerry.com. Previously available for $699, the site is now showing $799 with the same shipping date of December 7th. CEO John Chen stated that there will be a limited amount produced so possibly demand for the red Passport is high.