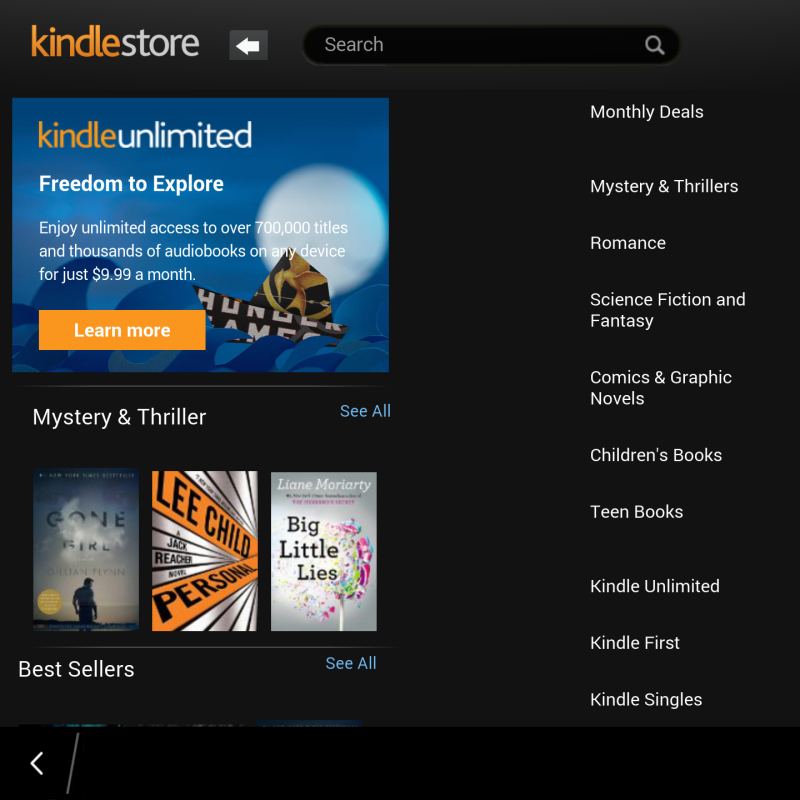 BlackBerry 10 brought support  for Android Apps via the Amazon App Store so it stands to reason that the Passport should get Amazon’s own Kindle application. BlackBerry today announced that avid readers and Kindle users can now get their fix of literature on their Passport.

The app features the obvious functionality you’d expect from a Kindle-branded application — the ability to buy, download and read books and newspapers from Amazon’s Kindle store — along with resizable text, try before you buy, and the ability to sync your last read page, bookmarks, notes and highlights across multiple devices.

However, BlackBerry obviously believes the Passport as a device offers a superior reading experience thanks to its screen. The phone boasts a wide 4.5-inch display with a 1440×1440 pixel resolution and Kindle app users can choose to view text in a single column or two-column format. This is a feature that was introduced with Kindle for Android when the app was optimized for tablets. As smartphones grow ever larger, two-column mode can be helpful in landscape, though that doesn’t really apply to Passport users given its 1:1 aspect ratio.

Passport users can download the Kindle app here or via the Amazon Appstore app on your phone.