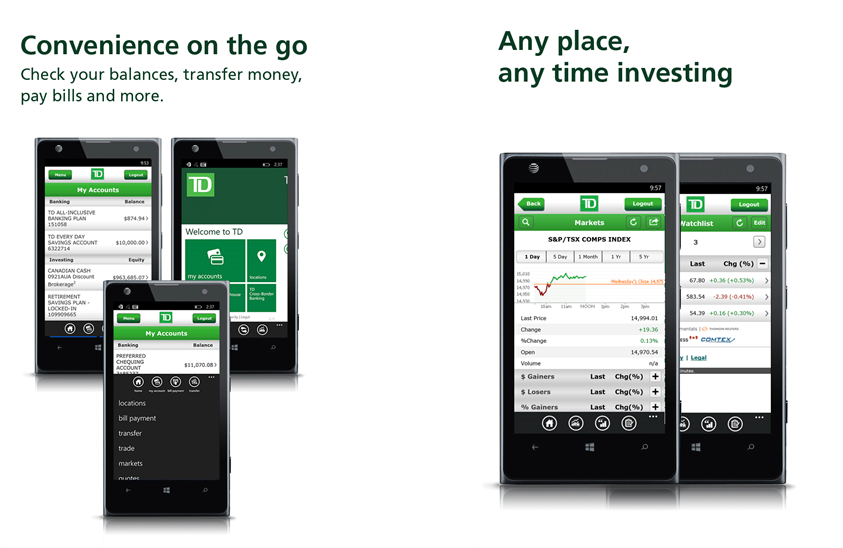 TD Canada Trust, the second-largest bank in Canada, has released a Windows Phone app. This comes after years of resistance, as at one stage the company said there weren’t enough users to justify the investment.

The TD mobile app looks to be, like its Android and iOS counterparts, a web wrapper for its mobile site. Users can view account balances, make payments, transfer funds and monitor or initiate investments.

It also has a branch locator. The app does not yet feature mobile cheque deposit, which recently came to iOS and Android.

TD is the third Canadian bank to launch a Windows Phone app after Tangerine and RBC.

The app is compatible with Windows Phone 8.1 devices.