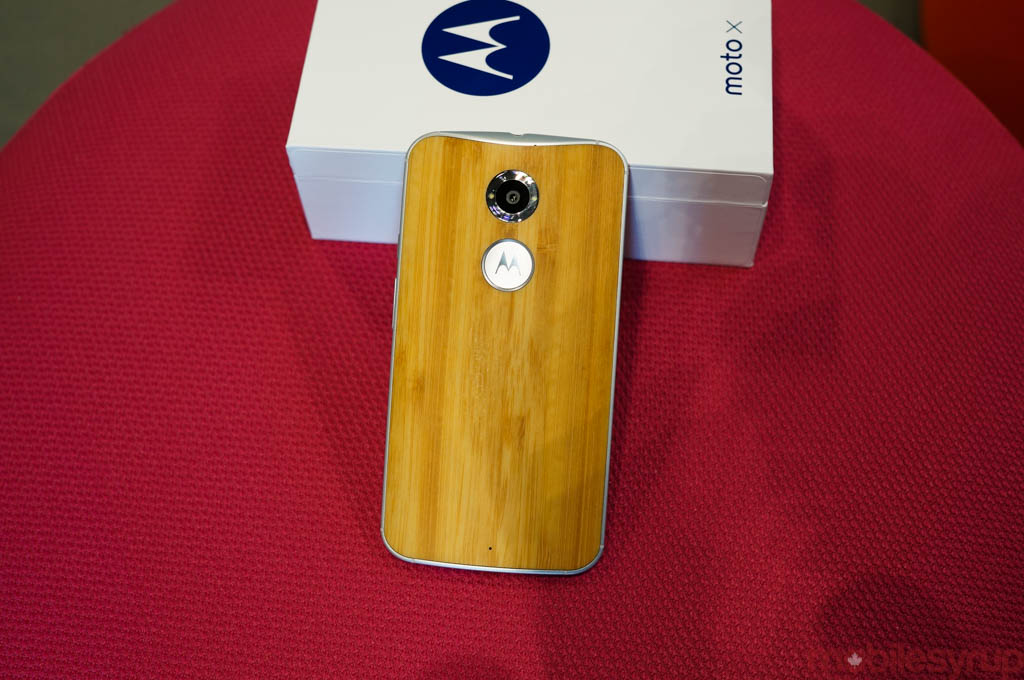 Motorola has updated its Moto X with a bigger, sharper screen, a faster processor and improved build materials. But the company’s flagship has not changed where it counts: its soul.

Last year, the Moto X quickly became one of our favourite devices for its confidence of choices: it did not overwhelm the user with features, instead choosing to highlight three core improvements built on top of stock Android. Its user experience was unlike anything else on the market, even a Nexus, and spoke to Motorola’s renewed fascination with simplicity.

Some of that assuredness was passed on by its then-new executive team, largely made up of ex-Googlers, but it worked. Despite tepid sales and an exclusive agreement with Rogers, the Moto X was a fine showcase for Motorola’s spirited revitalization. 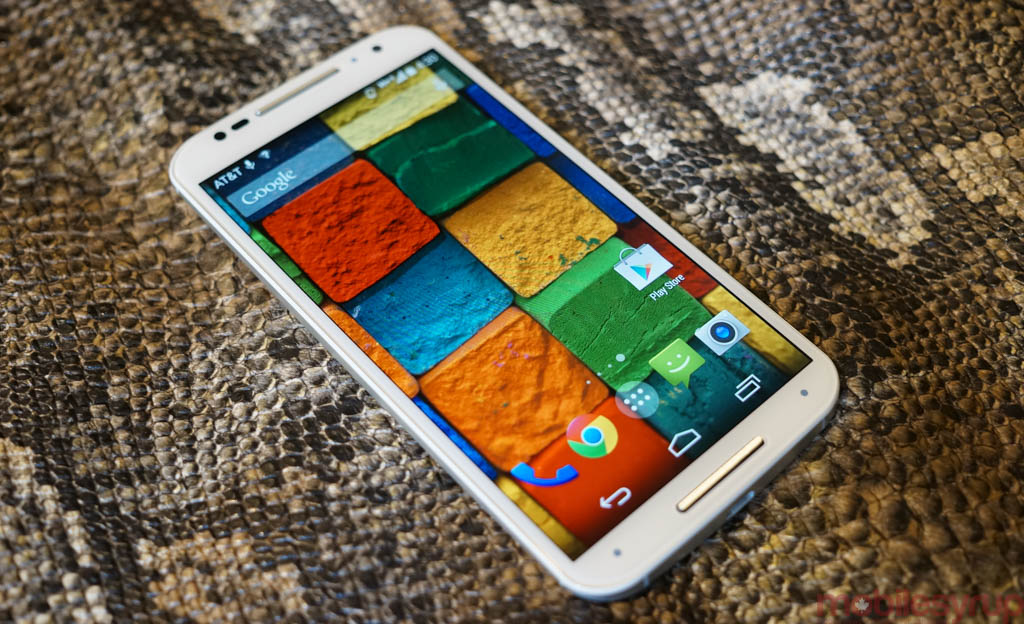 It makes a big difference. 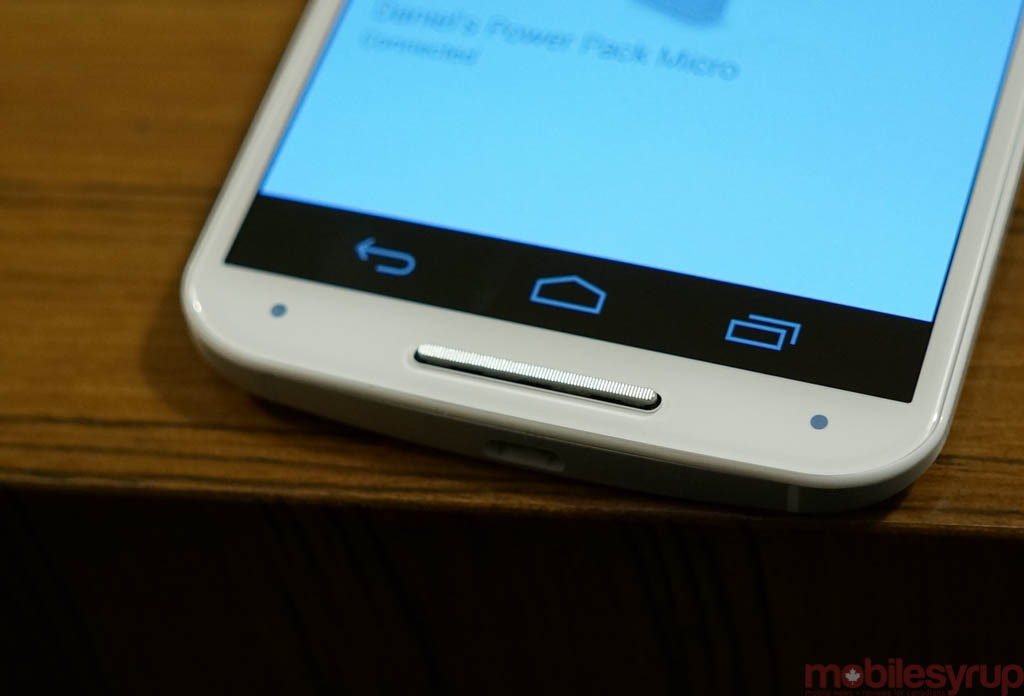 The other major difference is in the chassis itself: built on aluminum frame, the new Moto X is sturdy and adult where the original was flimsy and plastic. It loses some of the minimalist beauty in the process — the rear dimple has been replaced by a comparatively cavernous groove, for instance — but the changes are forgivable in light of such extensive usability upgrades.

The screen alone is worth the price of admission: a low air gap, full RGB stripe Full HD Super AMOLED panel, the colours are more vibrant, the viewing angles considerably wider, and the responsiveness a night and day improvement. 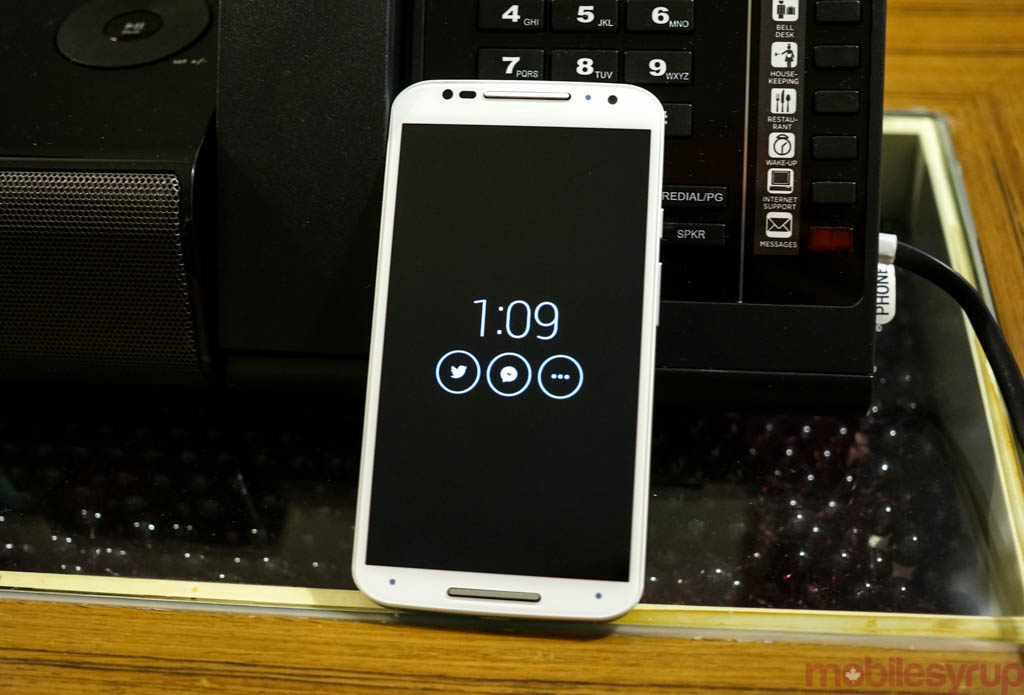 Active Notifications, a cornerstone of the original Moto X, have not only been retained but improved upon. Renamed to Moto Display (a recurring theme in this year’s model, as you’ll see), users can now action up to three notifications, swiping between them without lifting a finger or turning on the screen.

Because the screen is AMOLED-based, Moto Display uses only a modicum of battery compared to the regular Android use case of constantly checking the notification shade, and it provides higher density at-a-glance information. 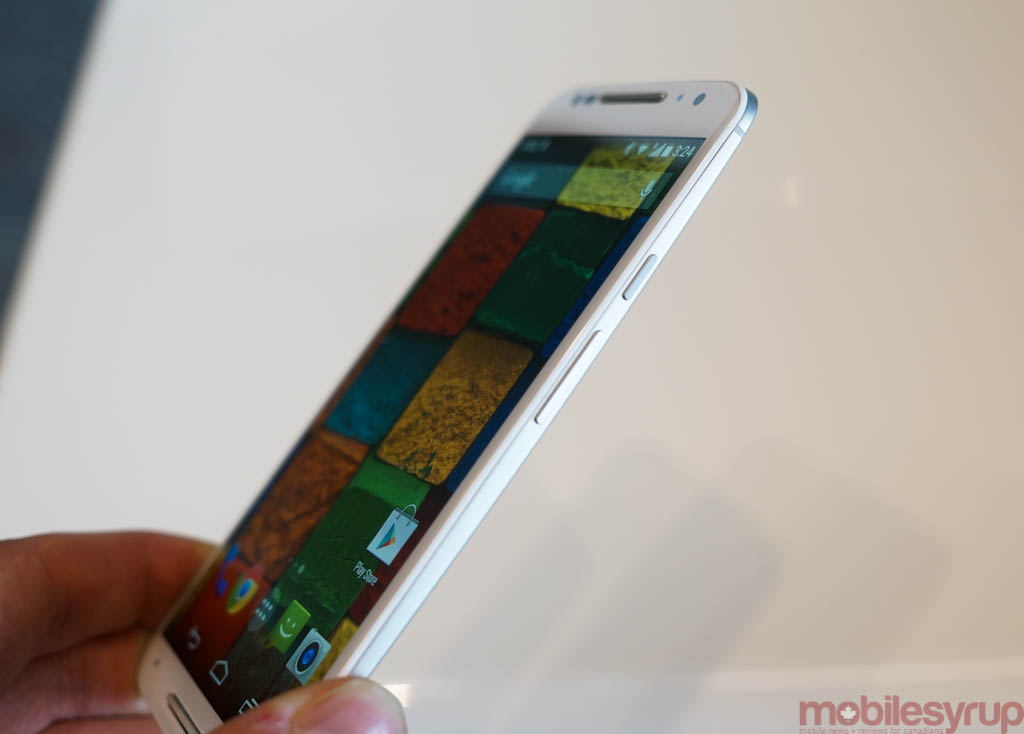 Moto Display is further enhanced by the addition of three infrared sensors on the Moto X’s front. These low-power sensors constantly assess motion, turning gestures into actions even when the screen is off. For example, waving one’s hand over the screen activates Moto Display; doing the same when receiving a phone call mutes it, or during an alarm snoozes it.

While the number of usable actions is limited at launch, the potential here is huge, and since Motorola updates the accompanying Contextual Engine through the Play Store, future versions will augment what is already available. 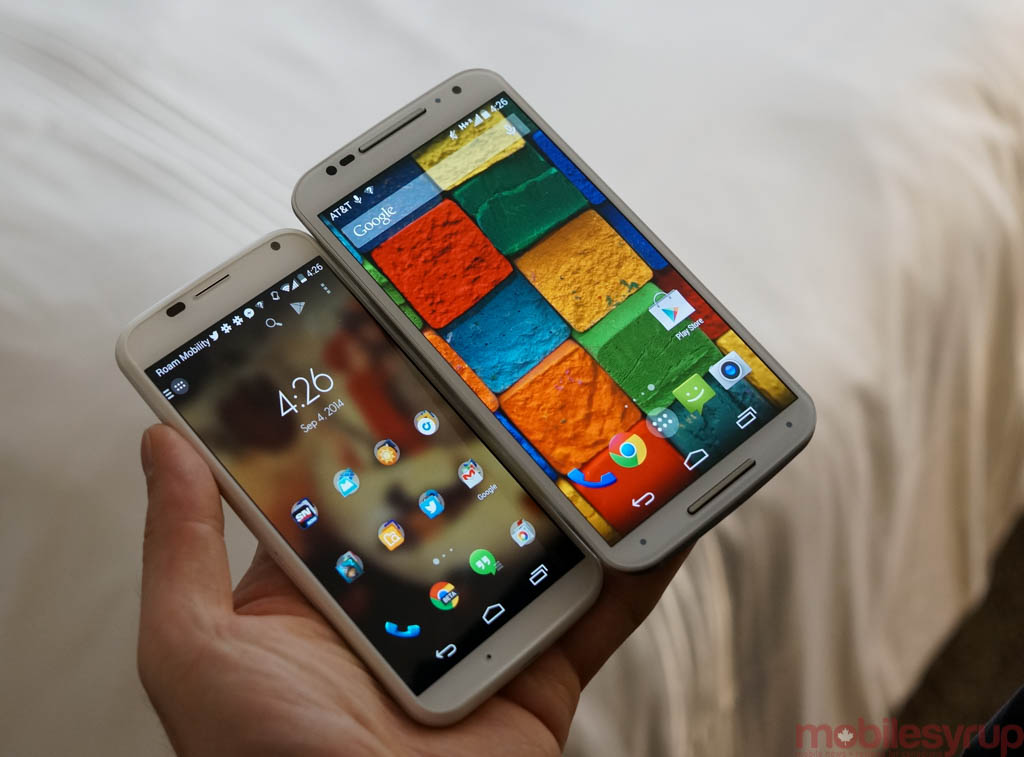 The Moto X’s camera setup has also been given an overhaul this year, upgrading its 10MP wide-angle sensor to a more standard 13MP 4:3 shooter with a slightly faster f/2.3 lens.

In our initial testing, the shutter is incredibly fast — more than double the speed of the original Moto X — but the pre-production software had issues with low-light subjects, preventing ISO levels from rising above 1000. We’ve heard from Motorola that the issue will be sorted out before launch, but as it stands the camera is practically useless in low light. 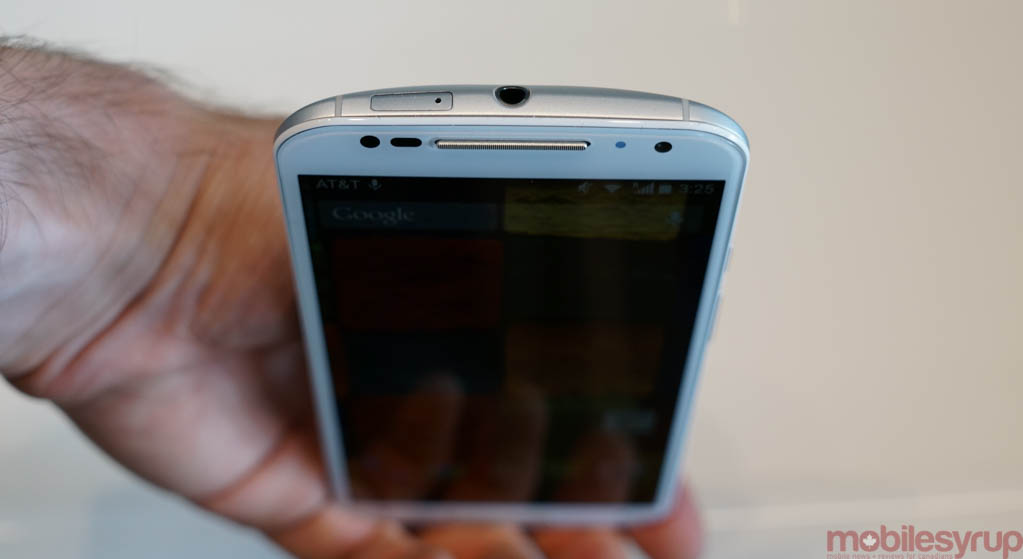 The situation is not nearly as dire in regular lighting. In fact, I quickly came to the conclusion that Motorola was able to address all of the original’s problems with poor colour satuation, sharpness, chromatic aberrations and more with this new sensor. It won’t blow anyone away, but it’s more than competent. 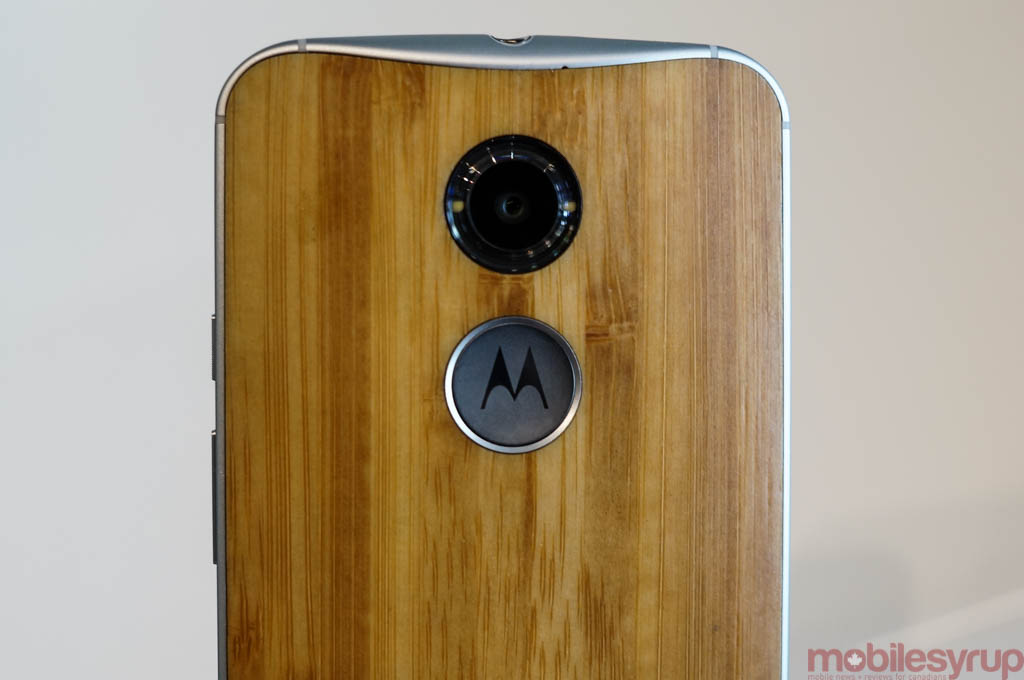 Motorola is also trying to fill in the hardware gaps with some software intuition. The Camera app itself is unchanged, and remains as intuitive, if frustratingly limited, as ever, but the Gallery app has received a bit of love. Thanks to the combination of faster RAM, a much-faster processor, a more intelligent image signal processor and a faster buffer, the new Moto X begins caching photos even before a user presses the shutter.

It can’t be overstated how much nicer this new Moto X feels than its predecessor.

It then uses facial recognition and proprietary algorithms to determine whether a photo it captured is better than the one you captured; if it finds one, an alternative is offered. 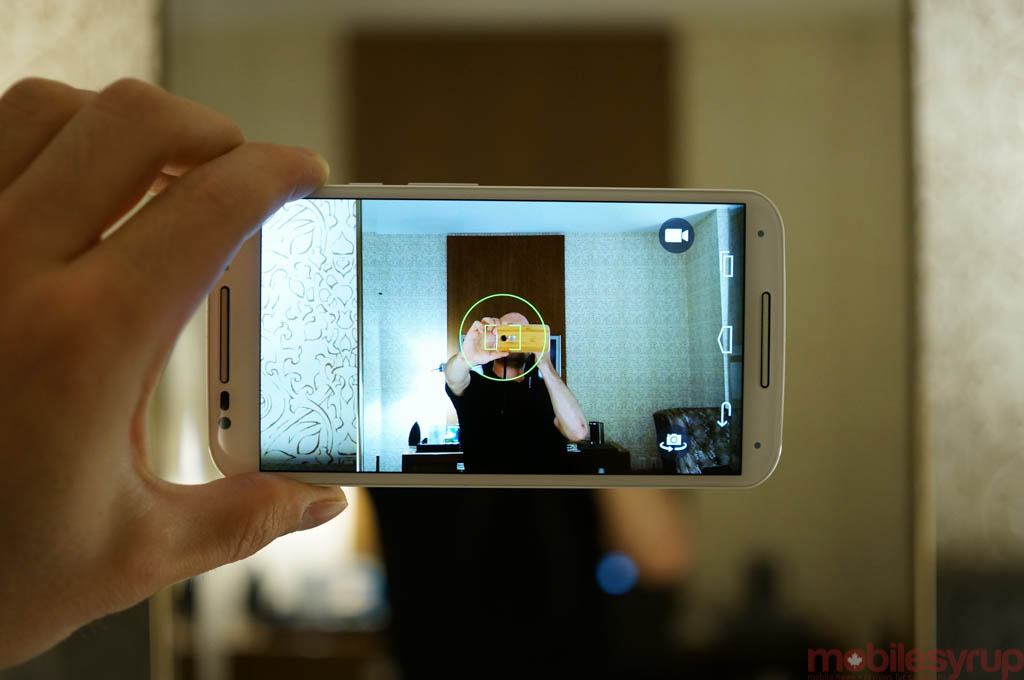 Also improved this year is Quick Capture, the flick-based wrist gesture to quickly open the camera app from the screen-off position. Not only does the app open much more quickly, but that awkward delay where the viewfinder tried to catch up to the accompanying movement is gone. We’ll be doing more extensive camera tests in the coming weeks, but rest assured, if you weren’t happy with the original Moto X’s camera, there is reason to be hopeful here. 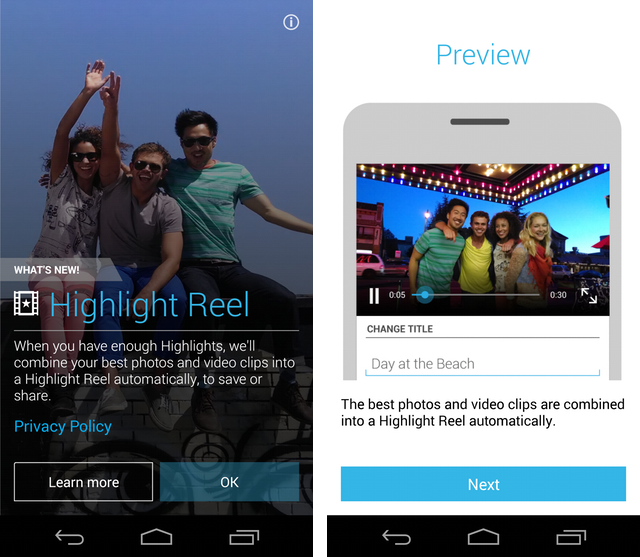 Motorola has also introduced something called Highlight Reel, a less-than-honest ripoff of HTC’s Zoe Highlights. Unlike HTC’s version they’re not generated automatically, but users can, from the Gallery app, choose a number of photos and videos, which the software combines to music and transition effects for a quick-and-easy video. It’s quick shareable stuff, and despite its lack of originality, works quite well. 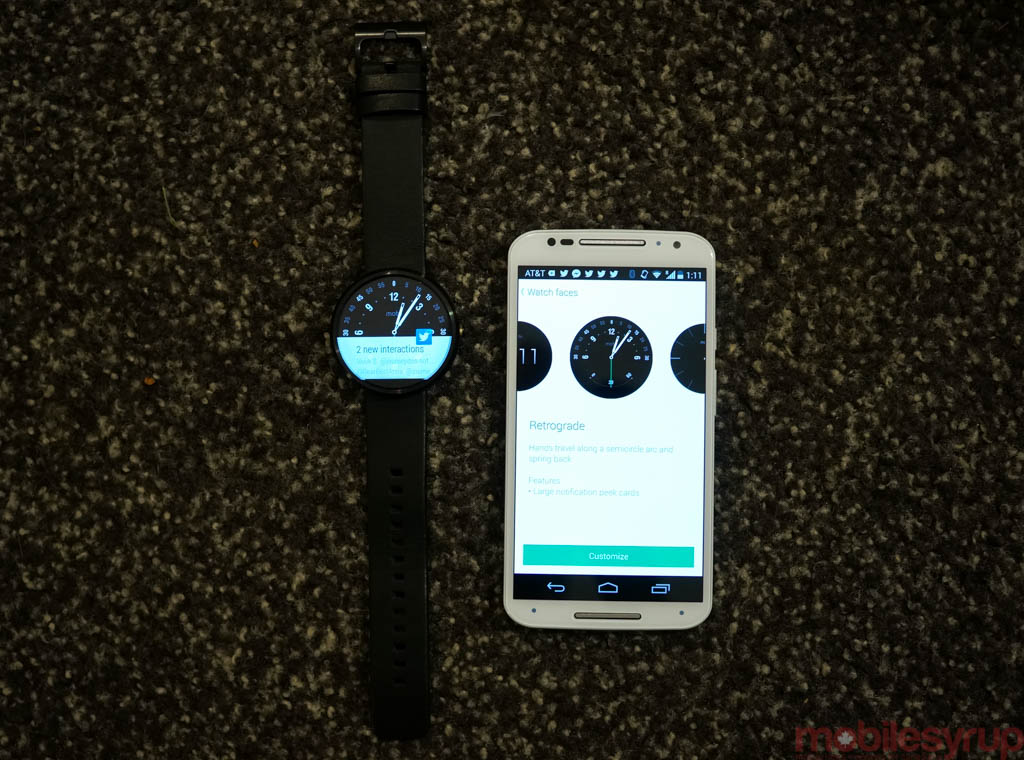 On to voice actions, the new Moto X still lets you activate Google Now from anywhere, even when the screen is off, but the company has redesigned its associated app — now just called Moto — and has opened up the system to custom action words.

So while the original Moto X could only respond to “OK Google Now,” if I prefer, “Hey, listen to me!” it will work with just a bit of training. 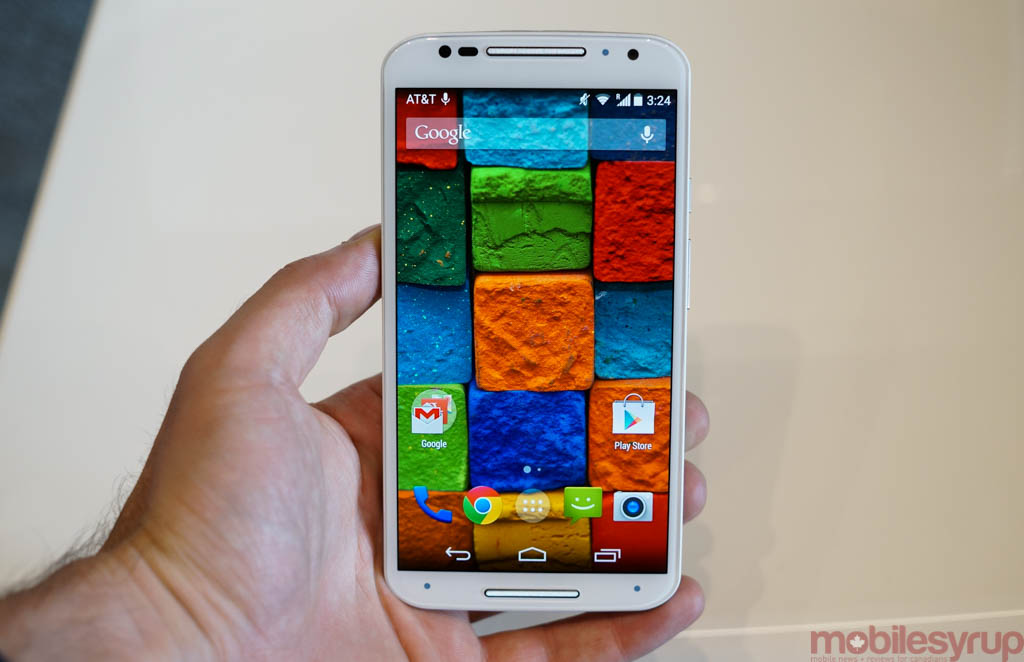 Motorola promises integration with more third-party apps in the future, though it’s unlikely they’ll pull a Samsung and release an SDK. One can hope, though. 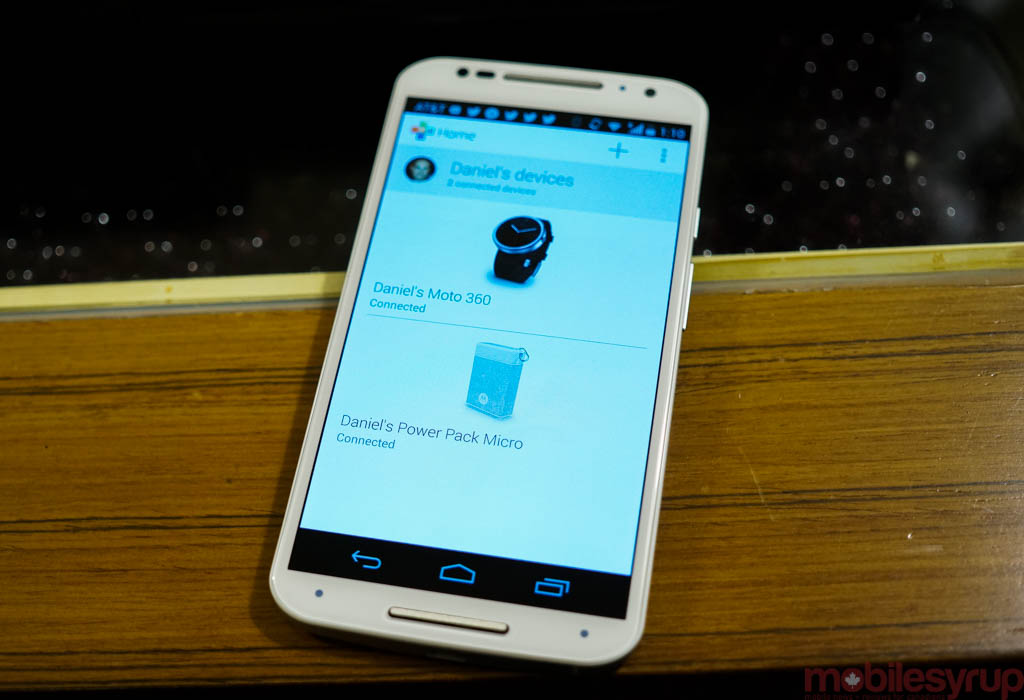 Motorola has also taken this opportunity to expand Moto Connect from a notification mirroring service to something much bigger. Customers will use Connect to modify watch faces on the Moto 360 and find the company’s new $40 Power Pack Micro charger, which uses KeyLink, a new technology from Motorola, to keep tabs on your Motorola smartphone.

Pressing a button on the side of the 1,500mAh external battery will, when paired, sound an alarm on your smartphone; it’s also possible to do the same on the Power Pack, which Motorola encourages to keep with your keys to make them, too, easier to locate. 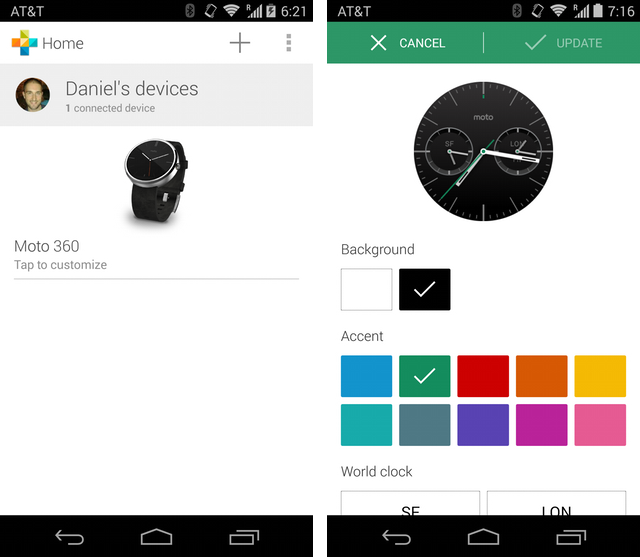 It can’t be overstated how much nicer this new Moto X feels than its predecessor. The aluminum frame, the hard, tactile metal buttons and the smooth contoured back merge with an understated, minimal design that should appeal to all audiences. Motorola’s President, Rick Osterloh, admitted that the Moto X sold to a higher percentage of women smartphone buyers than any device in its history.

It’s also incredibly fast: it doesn’t have quite the apples-to-apples most powerful hardware on the market — though it’s certainly made up ground compared to the original — but the Moto X feels faster than any Android device we’ve used to date. This thing just flies. 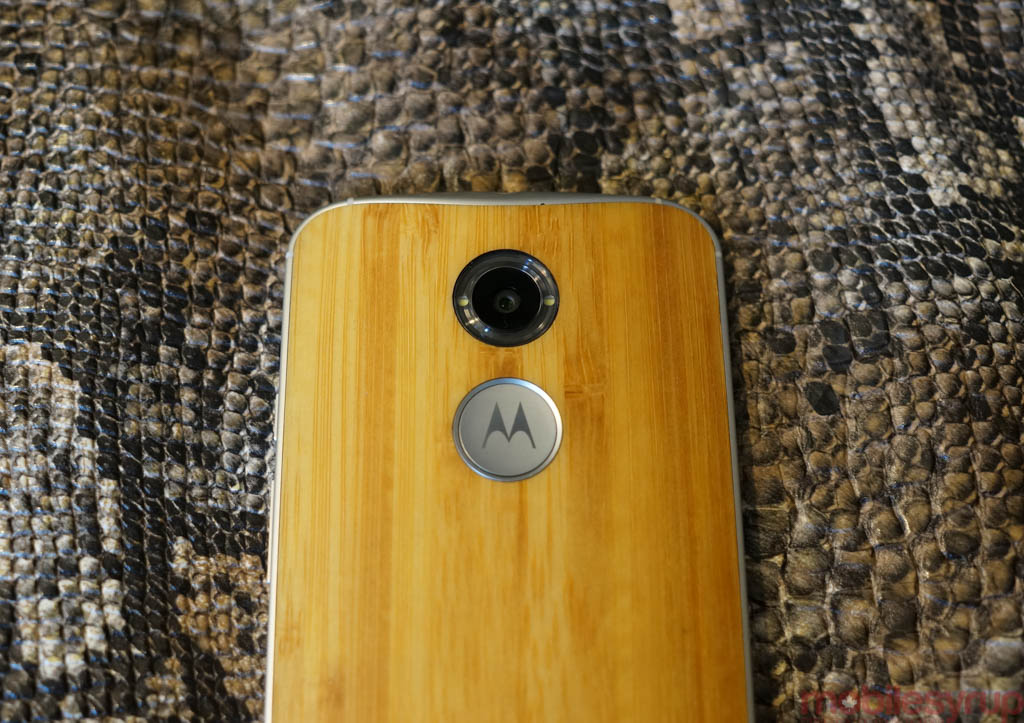 While Canadians won’t be able to take advantage of Moto Maker and its new leather backing choices, the new Moto X’s launch partner, TELUS, will be offering the device in two flavours: black-on-black, and white-on-bamboo.

The latter, according to Motorola, quickly became one of the most popular Moto Maker choices when it was introduced last year, and TELUS felt it aligned with its customers’ demands.

The only downsides we can see is that TELUS doesn’t plan to offer a 32GB model and, well, there’s only one carrier launching the device this fall.