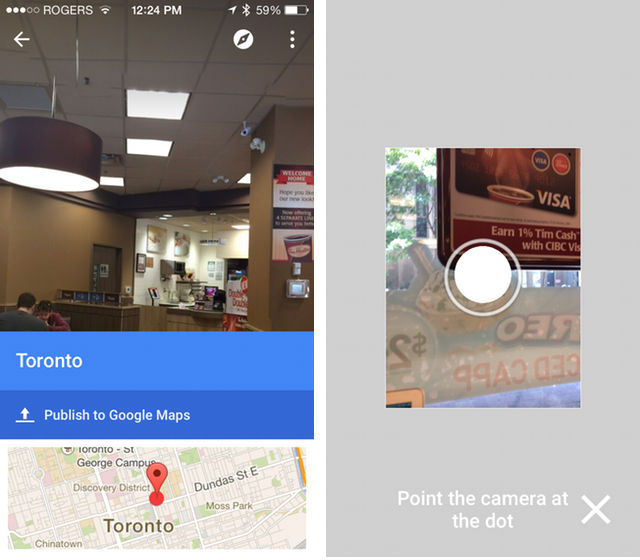 Google has finally brought its Photo Sphere app to iPhone after restricting the creation of its 360º degree panoramas to Nexus users on Android.

Until now, iOS users have been limited to viewing web-based versions of Photo Spheres, which are created by stitching together multiple photos into a seamless 360º photo. While the app still requires users to visit a mobile web page to view other Photo Spheres, the app makes it easy for iPhone 4S, 5, 5S and 5C users to create beautiful city- or landscapes.

Ironically, most Android users still cannot create native Photo Spheres, though OEMs like Samsung and HTC have created their own versions. One of the advantages of Google’s native version is that, once complete, users can upload finished Photo Spheres to Google Maps, which are then arrayed in search results for others to see.