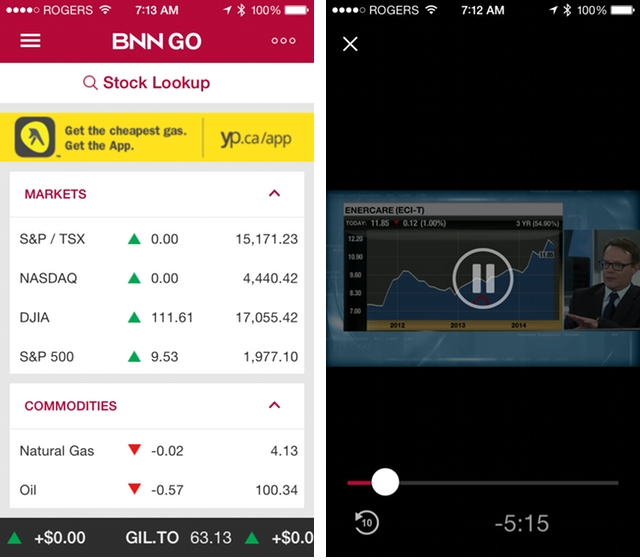 Business News Network, the company’s 24/7 financial reporting portal, has been miniaturized to the mobile screen in a clean, well-designed app. While it lacks the live viewing capabilities of CTV Go, it makes up for that omission by offering full on-demand shows hours after they air, as well as daily news, tips, and the ability to follow stocks.

Doubling as both a stock and fund tracker, BNN Go aims to be more than just a portal for the channel’s shows but an app one would open to follow his or her entire portfolio. It also offers many of the show anchors’ blogs.

While the app is not entirely new — it arrived in late June — it’s well worth looking out for. Those who want the live BNN feed will have to subscribe to Bell TV, the company’s streaming television solution.