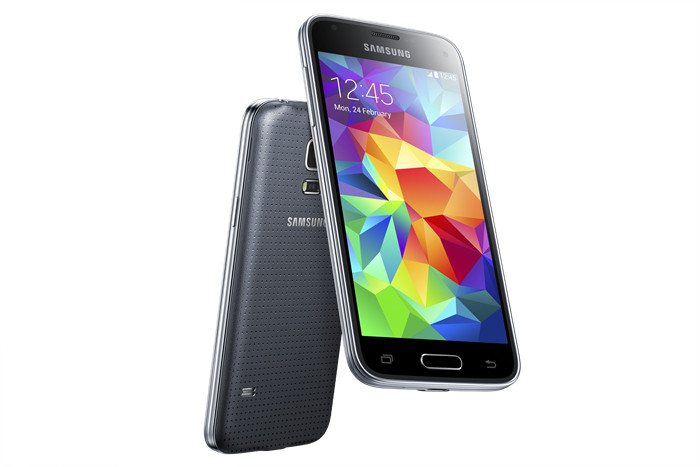 Samsung officially announced the Galaxy S5 mini today. This is being called “a compact version” of the Galaxy S5 that launched globally last April.

This latest Android featured some reduced specs from its parent, but still stacked as it sports a 4.5-inch Super AMOLED display (720 x 1280 resolution, 336 PPI). While other ‘mini’ devices remove various part for a reduced cost, Samsung has kept the GS5 mini with a heart rate monitor, fingerprint sensor, Ultra Power Saving Mode, and also made it water and dust resistant. The LTE-enabled GS5 mini runs OS 4.4 KitKat and is powered by a 1.4 GHz quad-core processor, 1.5 GB RAM, 16 GB internal memory, 8MP camera and a 2.1MP front-facing camera and a 2,100 mAh battery.

The Galaxy S5 mini design is similar to the GS5 as it has the textured back and will come in Charcoal Black, Shimmery White, Electric Blue and Copper Gold. There is no word yet on a Canadian release or pricing, but the GS5 mini will be available first in Russia “starting in early July and is planned to expand to global market.”