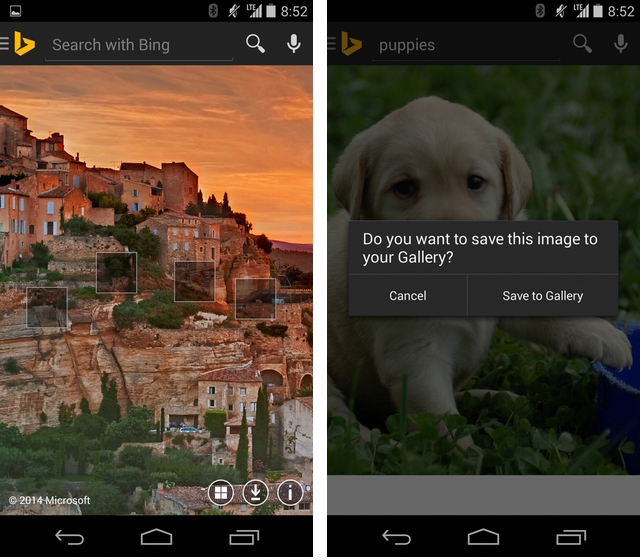 With its latest update, Bing for Android is turning into a pretty useful little app. While most Android users are loathe to use a competitor’s engine, and Google’s search dominance is well established, Microsoft is approaching the game from another angle. It is offering users a simple, clean interface with a heavy emphasis on images.

To that end, the latest update adds the ability to save images to one’s device with a single press-and-hold action. It’s not a huge change, but is just useful enough to consider opening the app every once in a while.

The app also has some other useful features, like the ability to bookmark a page or search term; the option to take a screenshot of a search; to use voice to query a term; and quickly share a page or result to Facebook.

Bing for Android is unlikely to sway hardcore users of Google, especially those entrenched in Google Now, but it’s a very well designed app from a company that hasn’t typically taken Android seriously.

One YouTube channel has single-handedly flooded Bing with fake news