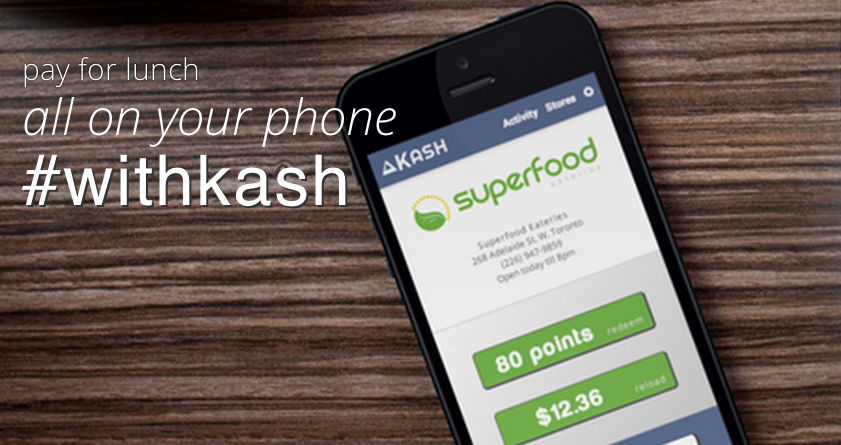 Toronto-based AvidRetail began its startup journey as primarily a loyalty rewards company, whose AvipTap terminals could be integrated into existing points of sale at retail stores, coffee shops and restaurants. It then went on to develop its own point-of-sale replacement, AvidRegister, comprised of a 10-inch Android-powered tablet and custom software.

Because AvidRegister runs Android, its cost — $249, plus an optional $25/month fee for unlimited transactions, sales and staff reports and priority support — is significantly lower than the iOS-centric products from Square and Shopify, among others. AvidRetail’s success in the payment space has led it to develop a new form of payment, Kash, which looks to remove the middlemen settlement companies like MasterCard and Interac, allowing customers to pay for products at retail from their phones, directly debiting a chequing account.

It does this by working with retailers to create a list of products, and have the customers choose and pay for the items directly from the phone. Doing so ties into AvidRetail’s AvidTap loyalty program, and rewards users with 1% cash back for each transaction and the ability to receive an e-receipt via email.

Kash’s success will derive from Avid’s ability to convince retailers to adopt its system, which CEO Kaz Nejatian will be easy when they hear there are no credit card or debit fees. “With Kash, most merchants pay no transaction fees at all. The most a merchant would pay for Kash transaction is 1%. That’s because Kash does not rely on legacy credit card processing. Kash withdraws money from a customer’s bank account and avoids all credit card fees,” the company said in a press release. Retailers are accustomed to paying upwards of 4% per transaction to Visa or MasterCard, and are forced to eat those costs because customers choose to use their credit cards whenever they can.

Kash promises to not only be an easier form of payment, but a less costly one for all involved. To that end, it will allow its users to send money transfers to one another without paying fees; in comparison, Interac e-transfer costs the sender $1.50 per transaction.

While Kash’s success will depend on the number of retailers willing to work with AvidRetail on its PoS solution, an increasing number of companies in North America are doing so; the company has dozens of installations across Canada. Competitors like PayPal are already doing something similar, but there are still fees involved. Avid’s ability to promise users no fees, while providing its retail partners plenty of user data from its enticing loyalty program, is a win-win for everyone involved.

AvidRetail is rolling out Kash later this year, and a waitlist has been created for companies who want to get involved.