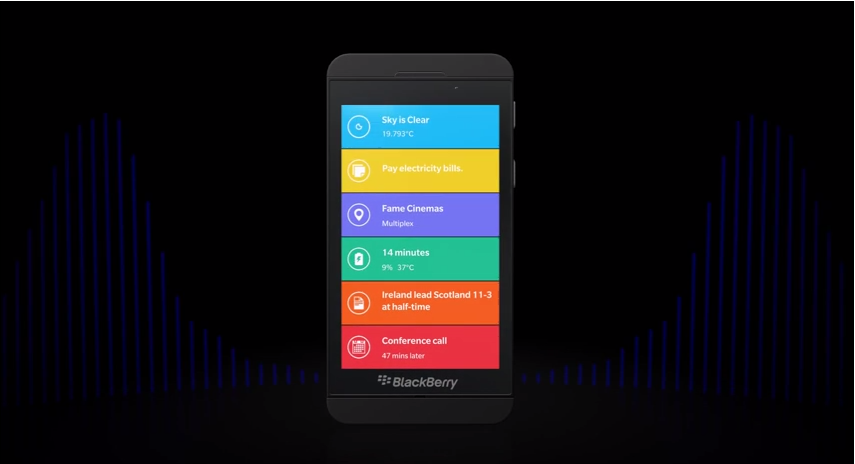 A beautifully designed app is coming to BlackBerry users next week. ReFocus Labs has put together a video that shows Tilt will be available on BlackBerry World starting February 11th.

According to their site, Tilt will help you manage your news, notes, weather, places, battery stats and calendar in one place – which would be a great addition to the BlackBerry Hub. Tilt is based on BlackBerry Sweden’s tilt UI concept, formerly known as TAT (The Astonishing Tribe), that uses the gyroscopic orientation on your BB10 device to inform you of the most important information when you need it. When the device is flat on the table the screen will be black, then as you ’tilt’ it up the colourful blocks start to show your info “according to their priority.”

Update: Tilt is now available in BlackBerry World for all BB10 devices. The cost is $1.99.