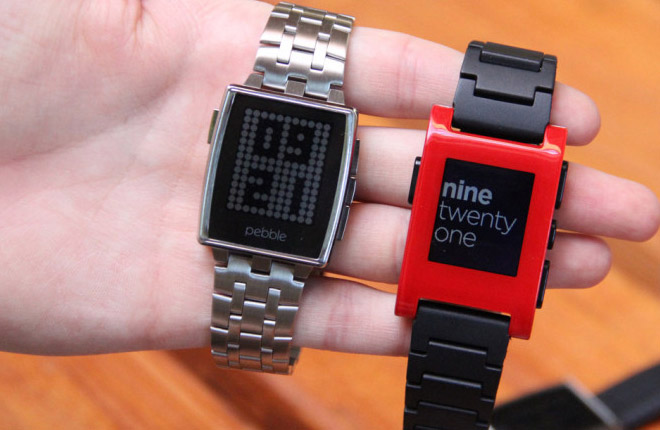 Update: Pebble has officially announced the Pebble Steel. This is now available to order for $249, which is $100 more than the base model of Pebble, and shipments heading out mid-February. Pebble is seeking a premium audience as this smartwatch come with a brushed stainless steel body or a matte black finish, plus outfitted with Corning Gorilla Glass. Inside the box will come two bands: leather and steel-link option.

Pebble will announce a new steel version of its smartwatch today, addressing the biggest concern users have vocalized about the popular accessory.

While the innards remain unchanged, Pebble Steel appears to be slimmer and less cumbersome, with a modern design that sports slimmer bezels. It’s still not a touchscreen device, but the e-paper display is now covered with Gorilla Glass. 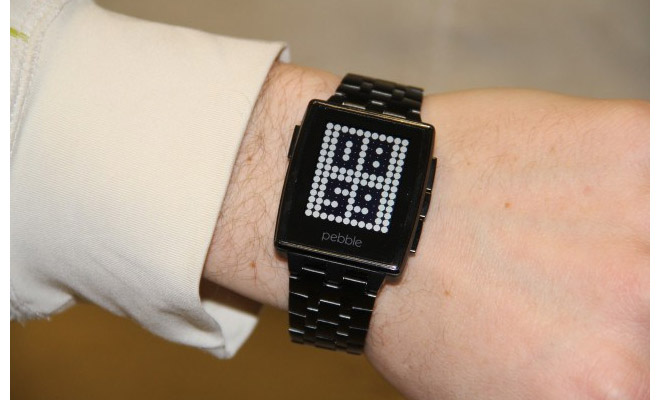 The new Pebble version will likely be offered with both leather and metal straps, and appears to come in both matte black and stainless steel finishes. Expect a price of $250 or so when it becomes available at the end of the month. No word on Canadian availability.

Pebble recently released version 2.0 of its SDK, and a new firmware version with expanded support for iOS 7 notifications. It will also launch an app store early this year.