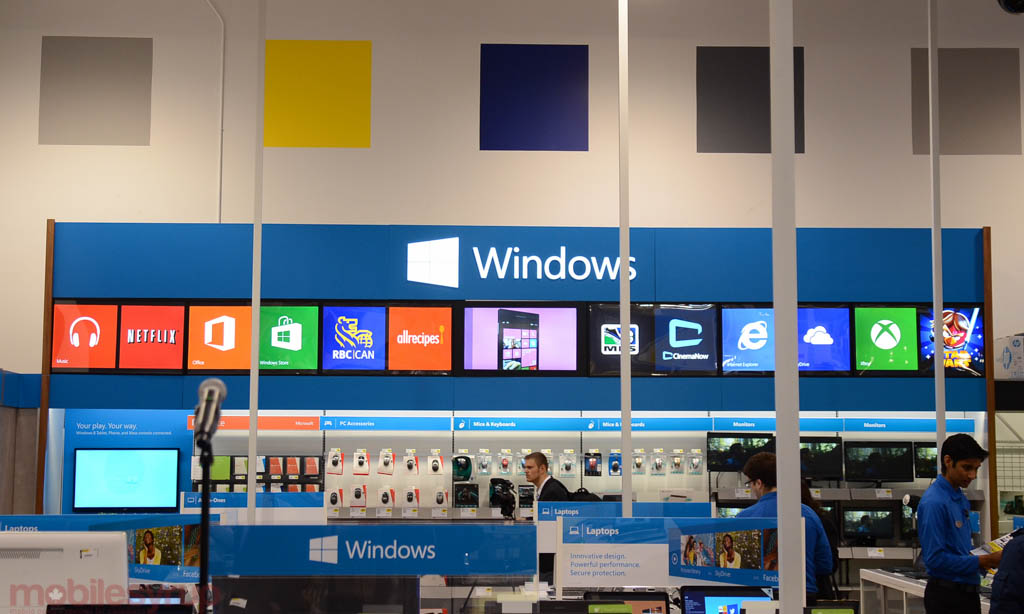 Microsoft is betting big on retail to improve its fortunes this season as it alights dedicated Windows sections inside 105 Best Buy and Future Shop stores across Canada.

I attended the grand opening in Toronto, complete with a ribbon-cutting ceremony and cautiously optimistic tone, to catch a glimpse at how Surface fits into the ecosystem, both figuratively and literally, and to witness the breadth of devices on which Windows 8.1 is preloaded. 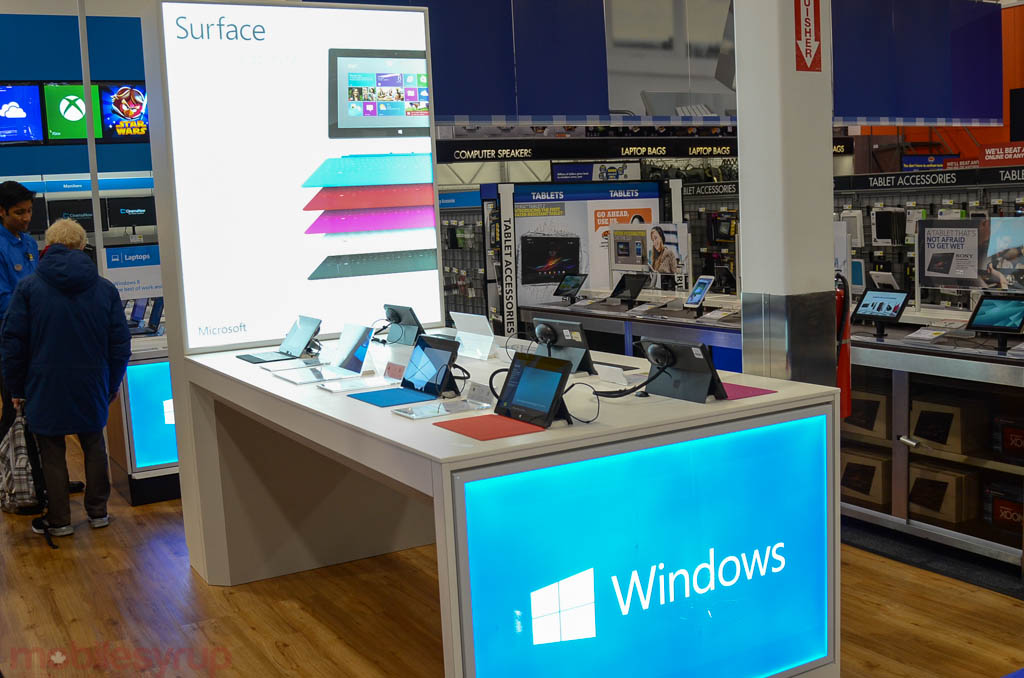 While Best Buy has prominently positioned the Surface table at the front of its display, Greg Barber, VP Consumer Channels at Microsoft Canada, says that it is not trying to overshadow its larger OEM partners, but exist as a reference point for what consumers should expect from the new Windows. As a result, the kiosks will be divided by touch- and non-touch, and not necessarily by price. Surface is a product category now, with four on-market choices if you include last year’s models that Best Buy plans to continue selling, but none of them cater to consumers looking for a large laptop or small tablet.

With Microsoft reporting a solid FQ1 with $18.53 billion revenue USD and net income of just over $5.5 billion, the company is in a good position to move forward with its Windows strategy. With the recent launch of Windows 8.1, the company feels it has a solid foundation on which to push the hybridized one-screen-anywhere model, in which a tablet can turn into a laptop can turn into a desktop with nary a docking station or external monitor. 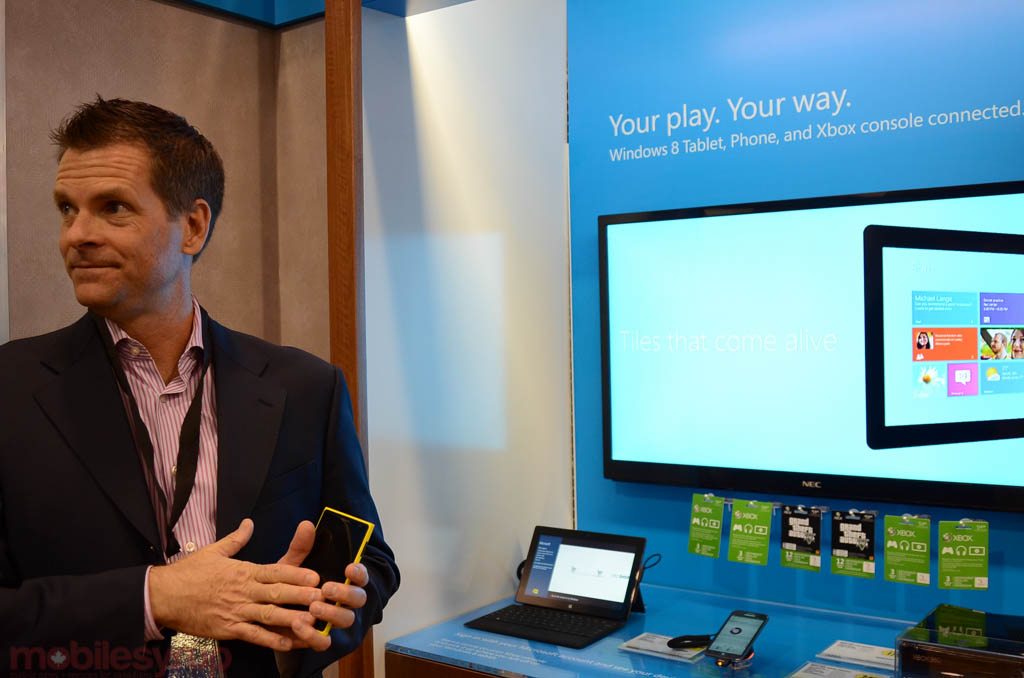 I got a distinct feeling that the disparate parts of Microsoft’s Windows strategy will begin cohering over the coming months, especially as Nokia becomes more tightly integrated into the company’s Devices & Services division. Mobile doesn’t play a huge part of its current Best Buy strategy — the retailer has BB Mobile for that — but there is a definite push to convince consumers that Windows is not just an operating system but, by combining Windows, Windows Phone, Xbox, SkyDrive, Skype, Office and others, an ecosystem. 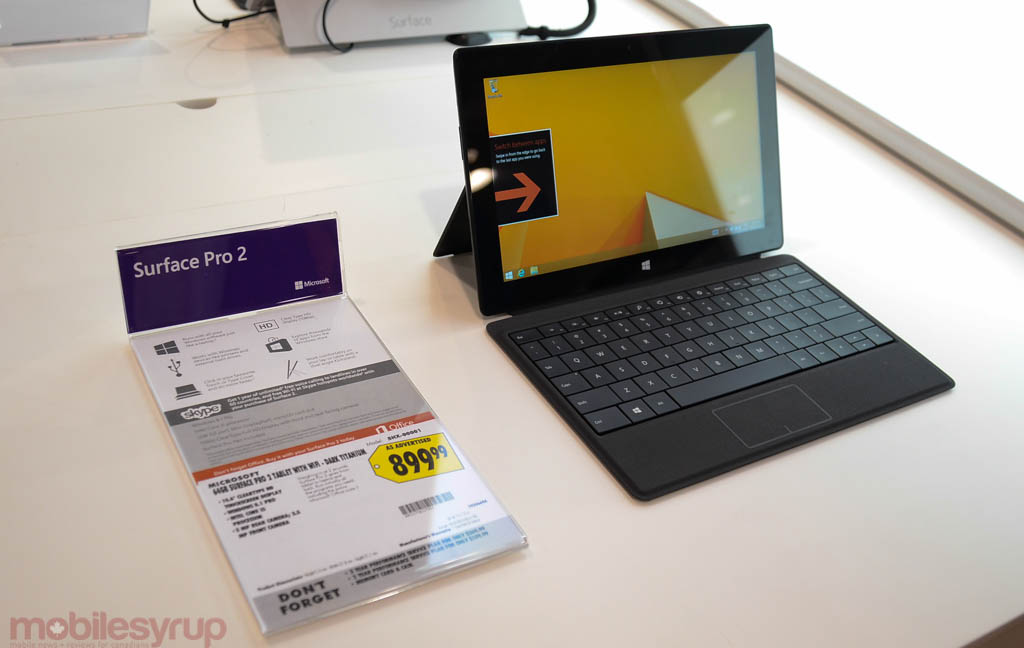 Most interesting to me is to see how well the new Surface tablets sell. I just picked up the Surface 2 and while it’s a definite improvement over last year’s model — the 1080p display alone is worth the upgrade — and is significantly cheaper than the equivalent-model iPad Air, it still lacks the app ecosystem to justify the purchase for many. At the same time, by removing the “RT” moniker and focusing on how much better the Windows 8.1 experience is over last year, the Surface 2 becomes immediately more compelling. 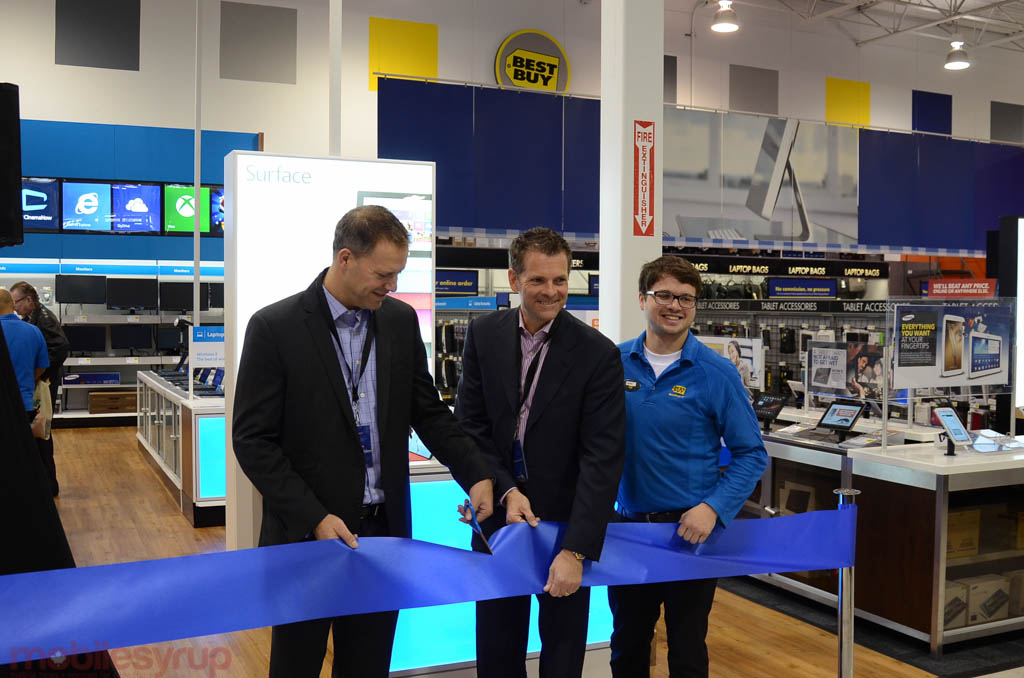 Each participating Best Buy and Future Shop store will have at least one “Windows-trained” employee, who is set to wear a distinctive uniform and be more widely-versed on all things Microsoft. The plan is to have these Windows stores-within-stores for three years, both in Canada and the U.S., and Microsoft is promising continual renewal of products and services as they become available. Here’s hoping they made the right decision.