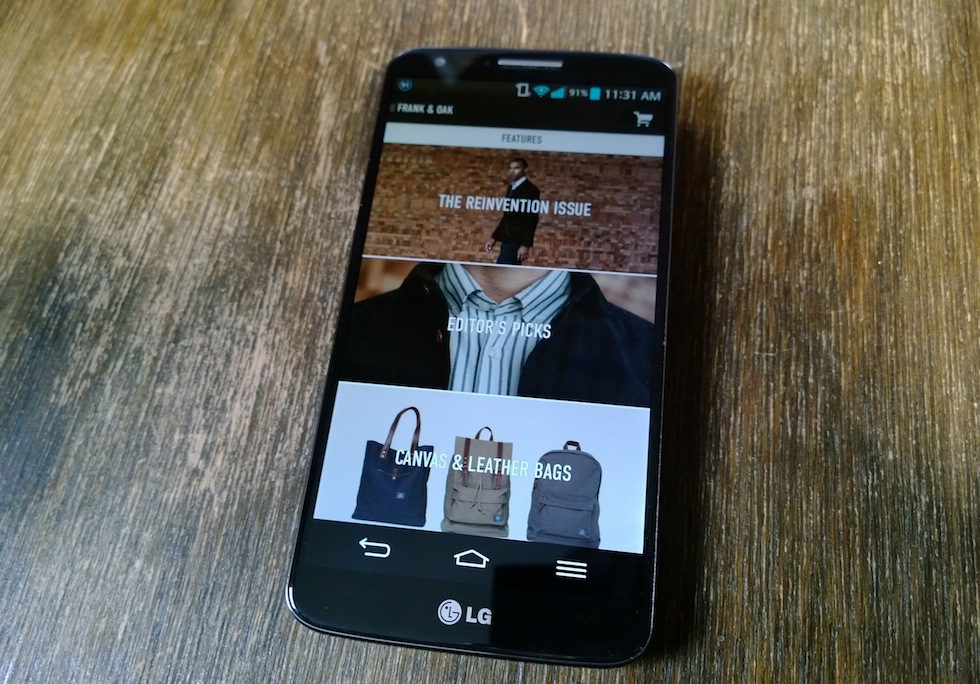 Montreal-based online mens clothier Frank & Oak has finally launched an Android app. The company brought its catalogue of themed monthly issues to the iPhone in January, so the wait was long, but largely worth it.

Customers can browse the latest issue and select clothes based on high-resolution photos and, when finished, check out using the app itself. Data is downloaded upon first load, so a network connection isn’t needed.

The app has been nicely adapted to Android’s design guidelines, too, with a left sliding menu bar for quick navigation between sections, and smooth scrolling animations that look and feel great on high-resolution displays. 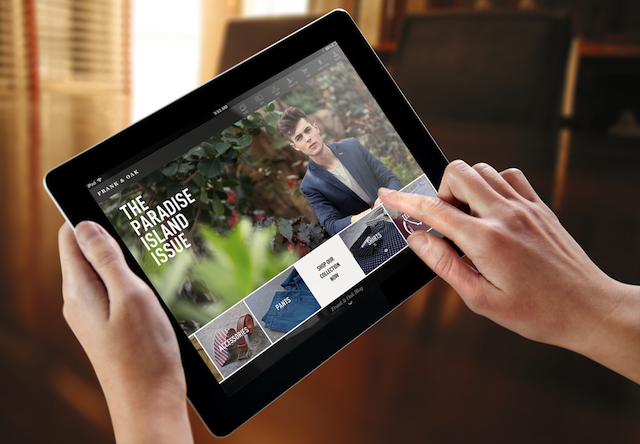 Coordinated with the release of iOS 7, F&O is also releasing an update to its iOS app, bringing full iPad support, access to The Edit, a monthly lifestyle magazine, and The Hound, the company’s style blog.

To celebrate their joint release, Frank & Oak is offering 20% off all purchases made within the apps until Saturday. Use Android20 or iPad20 within the respective apps at checkout to redeem the code.