LG G2 expected to be released to public days after announcement, no word on Canadian availability 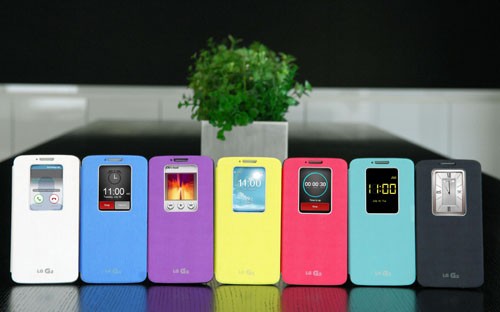 We know the LG G2 is going to be released in Canada, but we don’t know when, for how much, and from which carrier it will be available.

But MK News, a local Korean paper, claims that the phone will be put on sale in South Korea the day following the announcement, and that all four major US carriers, including Verizon, Sprint, T-Mobile and AT&T will sell the device.

This bodes well for widespread availability of the sequel to the LG Optimus G, which went on sale last November on TELUS, Bell and Rogers. The Rogers version was one of the company’s first to boast 2600Mhz compatibility, which the company is now touting as LTE Max. We really liked the LG Optimus G, but the device still hasn’t been updated past Android 4.1.2 Jelly Bean and suffered from poor camera performance and some questionable software additions.

The LG G2 is expected to have a 5.2-inch 1080p IPS display, a 2.3Ghz Qualcomm Snapdragon 800 processor, 2GB of DDR3 RAM, 32GB of internal storage, and a strange rear placement of the volume and power buttons. A removable 2540mAh battery is also rumoured, along with a nano-SIM slot and Android 4.2.2.

LG has not been quiet about its upcoming flagship, announcing the name, the processor and even a case well before the actual product.

We’ll be in New York tomorrow for the announcement, which begins at 11am ET/8am PT.