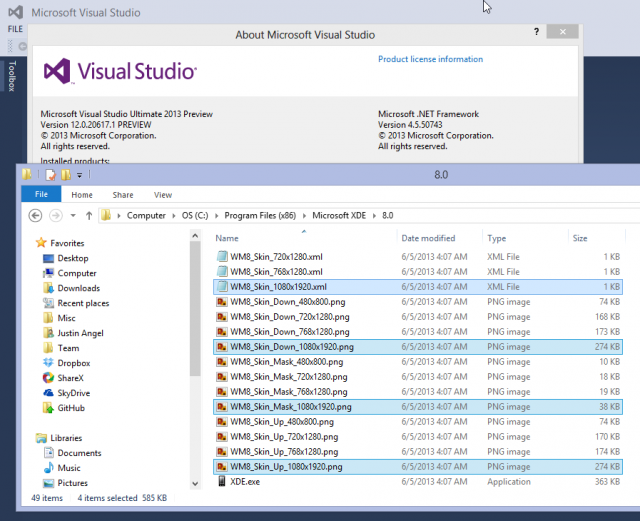 If you’re wondering when Windows Phone 8 will be updated to compete with the recent influx of Full HD Android devices, the answer is “pretty soon.”

A recent update to Microsoft’s Visual Studio 2013 has unveiled certain Windows Phone 8 assets with 1080p display support, all but confirming the existence of such devices with the upcoming GDR3 update. When this update is coming — along with those aforementioned 1080p devices — remains to be seen, but we wouldn’t be surprised to see a Windows Phone-related press conference sometime before the end of October.

Windows Phone 8 devices are currently limited to 720p resolution, and max out at dual-core chips. Along with higher-resolution displays, the GDR3 update is expected to expand the Windows Phone palette to support quad-core Snapdragon chips, improving performance in games and other processor-intensive apps.

Nokia is expected to unveil a Windows Phone 8 device with a 41MP camera sensor, much like the Symbian-based PureView 808. This phone-camera hybrid will likely have a 4.5-inch 720p display and a dual-core Snapdragon S4 SoC, identical to all recent high-end Lumia devices.