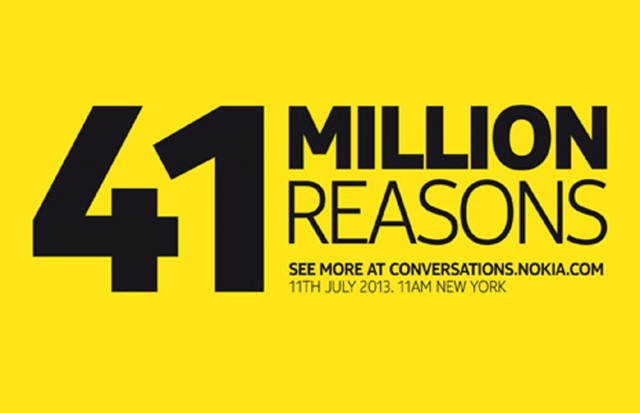 The pictures have all but revealed Nokia’s next flagship Lumia smartphone. Nokia’s July 11th media event is titled “Zoom Reinvented” and is rumoured to officially unveil the Lumia EOS which has similar specs to the PureView 808, but runs Windows Phone 8.

As we’ve stated before, the EOS is expected to sport a 41MP camera with Xenon flash, 4.5-inch OLED display (1280×768 resolution), wireless charging and 32GB of internal storage. A massive hint of truth to these specs arrived on Nokia’s ‘conversations’ blog today that stated “41 million reasons to zoom in to Nokia Conversations on July 11th,” indicating that the EOS will in fact have a 41MP camera.

We’ll bring you all the details on July 11, but if you can’t make the event Nokia says they’ll be live streaming it on their site. The fun will start at 11:00am EST.