Plex for Android gets huge update after graduating from beta, iOS version gets small improvements with promises of big things to come 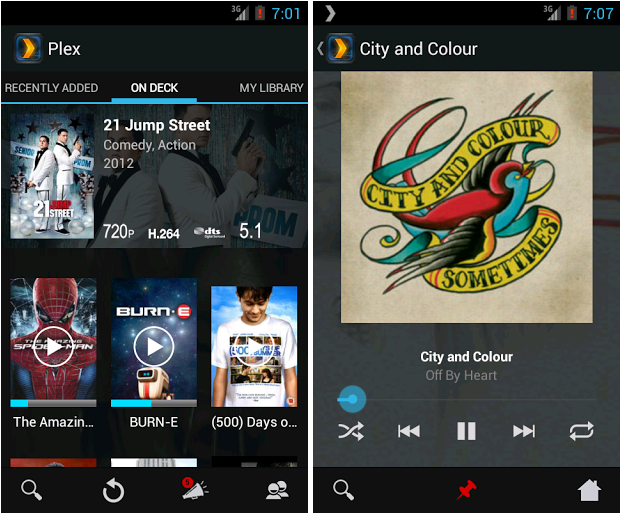 Plex for Android received a substantial update a few months ago, cutting off pre-Honeycomb users and opting for a lovely Holo redesign, but the initial version was only available to PlexPass subscribers, a feature the company rolled out last year to those who want to be on the cutting edge of development and feature rollouts.

This week, Plex rolled out that new Android app to everyone with a laundry list of subsequent improvements far too long to list. Suffice it to say, Plex for Android is now the most comprehensive media player on the market (though XBMC users will beg to differ, I’m sure) and certainly one of the most capable Android apps for the job. If you’re unfamiliar with Plex, it is a media server that sits on a NAS, Windows, Linux or OS X machine and pumps media through WiFi or cellular to your phone, tablet or connected television. The interface is remarkably intuitive for such a complicated application, and has through the years been immensely simplified; the older versions of Plex relied on IP forwarding, DNS mapping and a host of other networking skills just to be able to consume media outside of a home network.

Plex for Android requires a myPlex account for external viewing, which does all the routing for you; one merely signs up with an email address and syncs his or her computer with the main server. Once complete, anytime a myPlex server is available, users can consume media from practically anywhere.

One of the main features of Plex, offline viewing through PlexSync, has graduated to the new Android version, but users must be PlexPass subscribers to use it. There is plenty of content available without a paid subscription, though, as Plex has partnered with media companies to provide access to lots of streaming video and music.

The company has shouldered a lot of backlash for forcing users to have a myPlex account even if they only use the streaming features in the home, so they removed that necessity in the latest Android update. Also released recently was an update to the iOS version, which benefits from performance improvements and new paging support that should make loading long lists of movies and TV shows much faster. Plex promises a huge update for iOS soon, though, so fans need not fret much longer.