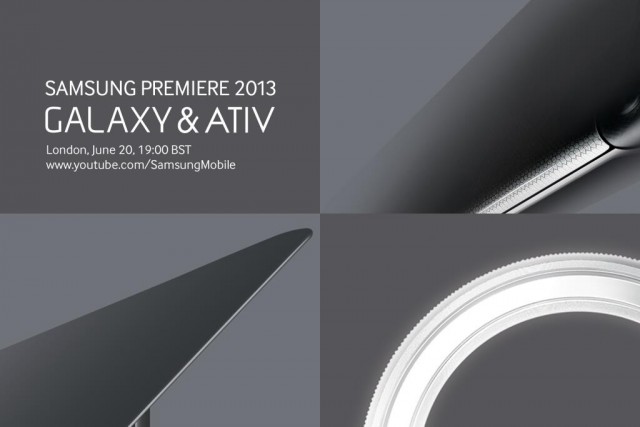 Samsung has announced on Twitter that they’ll be unveiling new Galaxy and ATIV devices on June 20th. The “Samsung Premiere 2013” teases a few different angles of some unknown devices, but early rumours are pointing towards the launch of the Galaxy S4 mini and a new Windows Phone 8 ATIV, or a new tablet. The event will be happening in London and will be streamed live via YouTube at 2PM EST (7PM BST).