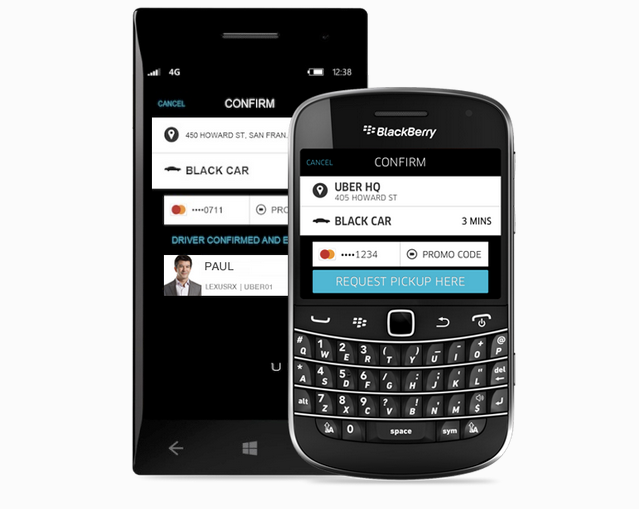 Uber, the smartphone-accessible taxi service that operates, for now, just in Toronto, has launched new apps for Windows Phone and legacy BlackBerry devices. The two additions to the roster are in addition to a nice update to the company’s Android app, which now is at feature parity with the iOS version. This includes Foursquare integration, so you can point to an established business rather than an arbitrary address.

Uber lets you hail a cab from the comfort of your bar stool, anywhere in the city. The map provides you with a countdown to your cab’s arrival, and with a stored credit card you don’t need to worry about cash.

The proliferation of services like Uber and Hailo have incensed the established order of the taxi business, with incumbents such as Beck Taxi, TAG Taxi and Diamond Taxi releasing their own hailing apps in recent months. Uber has the honour of being the best-looking of the bunch, and now the benefit of being available on the most smartphone platforms.