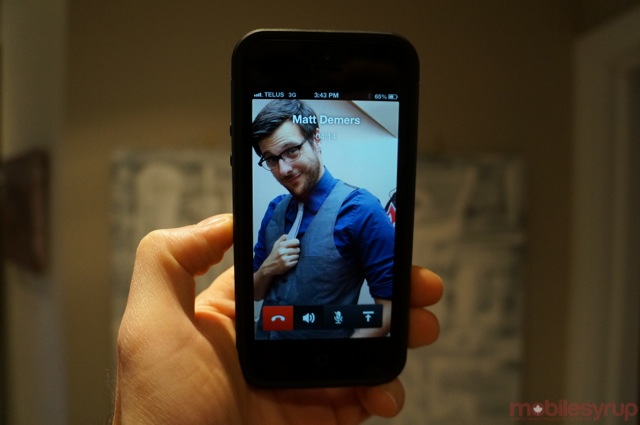 Facebook has released a new version of its Messenger app for Android and iPhone that allows users to record a short voice memo and send it quickly and easily over its network. These bursts can be played via the browser or the mobile app, and come through very clearly on both the iPhone 5 and Nexus 4.

But Facebook didn’t stop there: Canadian iPhone users get to play with a new feature that is sure to make companies like Skype, Viber, Text Plus, Vonage and Fongo quiver in their proverbial boots. By pressing the “i” button in the top right corner of any chat, users can initiate a VoIP call (with other iPhone users running the latest version, of course). Incoming calls come through as push notifications when outside the app and, when inside, show up as a fully-fledged alternative to a network call.

I tested the functionality with new MobileSyrup writer, Matt Demers (if you haven’t already welcomed him, please do so), and barring the occasional digitized stutter the quality was top-notch — perhaps better than a regular call due to the high-quality wideband codec used to transmit voice. 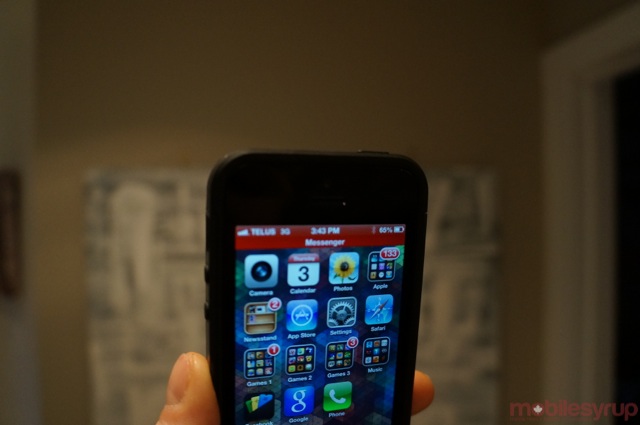 Like calls from Skype, you can retreat to the homescreen and even launch other apps while on the call; Facebook clearly implemented this using Apple’s standard VoIP APIs. You can continue to converse over text while on voice chatting, too, and missed call notifications appear in your notification centre as well as any browser-based dialogue boxes you currently have open. In other words, you’ll find out soon enough if you’ve missed the call.

The VoIP feature is only available to iPhone users for the time being, and will be rolled out to other countries in the coming weeks. As with many other companies, Facebook sees Canada, with its small, tech-focused population as a perfect testing ground for larger feature rollouts. We’re certainly not complaining.