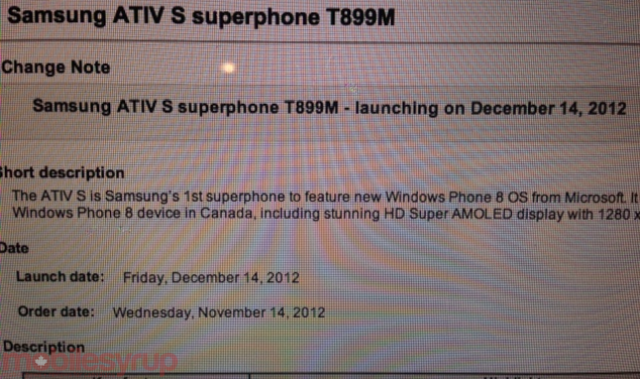 This about sums it all up. The Samsung ATIV S was first Windows Phone 8 device to be announced, but last to be released. This Galaxy S III reminiscent device will finally make it’s way to Canadian soil on Friday, December 14th. We’re hearing similar availability from all carriers like Rogers and TELUS, but the above screenshot is from Bell’s internal system. The prices, as expected, will be $79.95 on a 3-year and $599.95 outright. In the meantime of this WP8 becoming available make sure you have a gander at our hands-on here.