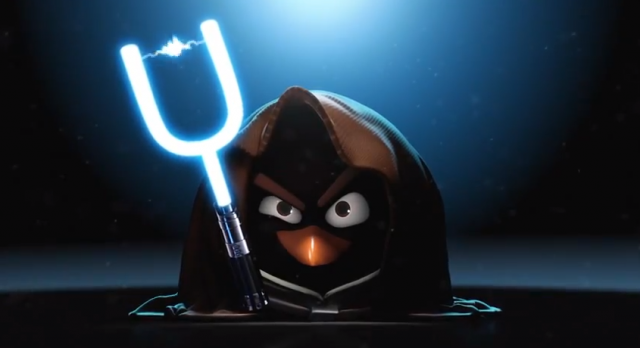 We knew that something was coming: The force is now with Angry Birds. Rovio and George Lucas have teamed up to bring Angry Birds Star Wars to iOS and Android devices. This time with the Star Wars game the red bird take on the role Luke Skywalker – check out his hair – plus there’s Princess Leia, Chewbacca, Han Solo, C3PO and R2-D2 birds. The pigs play the evil Empire. If you’re a die hard fan of the series you’ll be able to pick up associated board games (like Jenga), costumes and toys.

The game will be released on November 8th and no word yet on prices, nor if it’ll be making it to BlackBerry or Windows Phone device.

Update: According to a post on Rovio’s website a Angry Birds Star Wars will be coming soon to “Windows Phone and Windows 8,” still no clue on a BlackBerry edition.

Check out the teaser below.