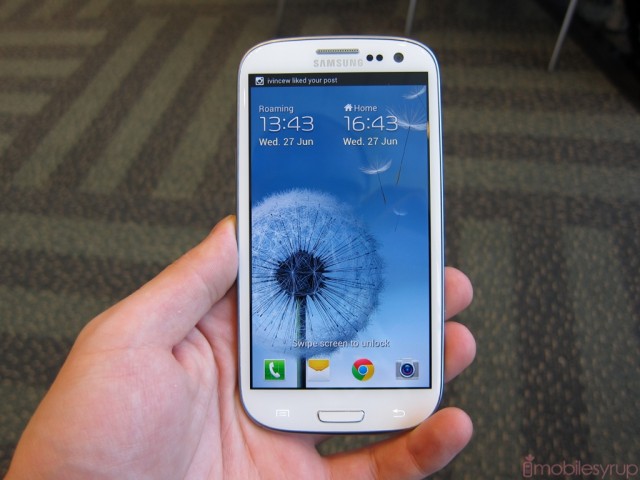 Samsung’s upcoming Q2 quarterly earnings would be fantastic to any other company, but the Korean giant will hit below expectations in the coming month due to a global slowdown on televisions and appliances. The smartphone end of the business, however, has boomed since last year, with an estimated 50 million devices shipped in the quarter, including 7 million Galaxy S III’s by the end of June.

The number of GS3’s would be higher if it wasn’t for the botched North American launch which delayed the released for up to two weeks in some cases; parts shortages are to blame, as Samsung is having trouble procuring a sufficient supply of Qualcomm’s Snapdragon S4 chips. Despite lower-than-estimated results, Samsung is expected to earn a record $5.9 billion USD in net income for the quarter on revenue of $41 billion. Still, this is some 6% less than analysts were predicting, bringing the stock down slightly.

As for July, the company is expected to sell up to 10 million Galaxy S III’s now that the phone has been given a global release. The June results accounted for just the international version, but North America could add a few million to that toll.