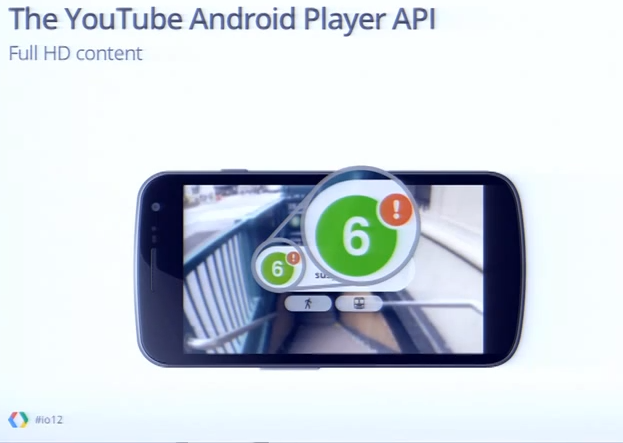 During Google I/O, the company introduced a ton of new products and features pertaining to Android in some way, but some of the more subtle ones were left to the developer sessions. A new YouTube API for native apps was one of those announcements, but it could have the potential to be quite disruptive.

Until now, developers who wanted to insert YouTube content into their apps had to use Flash, something that isn’t necessarily supported on all devices, or they had to redirect the user to the HTML5 site, taking him or her out of the app.

The new API, which is expected to be released in the coming months, will be quick and easy to implement — three lines of code and that’s it. It will support Android 2.2 and higher (so the vast majority of active devices) and include ads and monetization options.

Check after the break for the full session embed.

The YouTube Music app is getting better on TVs