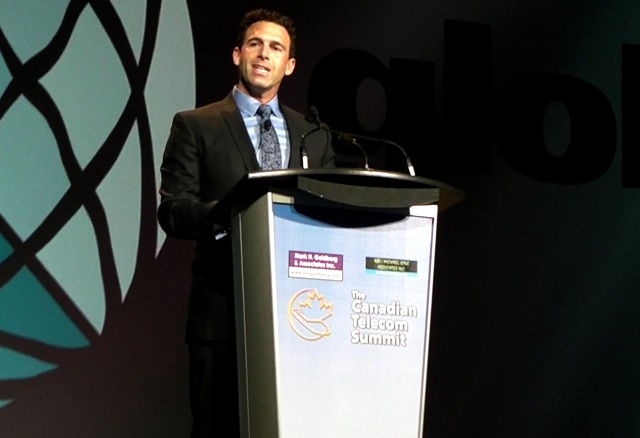 Tony Lacavera, WIND Mobile’s Chairman and CEO, declared during his presentation today at the Canadian Telecom Summit that the prepaid wireless market is “doomed.” When WIND launched their service late 2009 they came out swinging with unlimited plans and gave customers no choice but to purchase a device outright. Looking back on this strategy, Lacavera said “In 2011 we determined that our original business plan of Metro PCS style prepaid was doomed and have since shifted all virtually all of our customer acquisition efforts to contract-free handset financing driven post-paid. We have all but abandoned any aggressive customer acquisition in the prepaid market.”

WIND currently operates in 12 markets and plans to expand into 4 more later this year (Windsor, Woodstock, Kingston, Peterborough). Their coverage reaches 13.1 million Canadians (1,140 cell sites), but subscriber base is just over 430,000. In an interview today Tony stated that they plan on doubling to reach between 900,000 – 1 million subs by the end of 2013. Specifically when it comes to the pre-paid/postpad split, Lacavera noted that “voice service split of prepaid to post-paid of 60/40 and trending to 50/50 this calendar year.”

An interesting stat was that since shifting to offer postpaid (WINDTab and WINDTab+) they have experienced “7.7% national market share of postpaid in our current coverage footprint in Q1, 2012, up 116% from the previous year.” What’s even more interesting is that he gave a bit of insight into their ARPU (Average Revenue Per User), stating that “Wind post-paid ARPU has now passed $34, while prepaid lags at $23.”

Coming up next for WIND are a few more devices, namely the Samsung Galaxy S III. Plus we’ll see them rollout more offerings to the postpaid market and “introduce business offerings.” Launching soon, as in tomorrow, is a flat rate European roaming add-on. This will give customers the ability to make calls from anywhere in Europe to Canada or the US for $0.20/ minute (no long distance fees) and data will cost $1/MB. Texts messages are still $0.15 each.